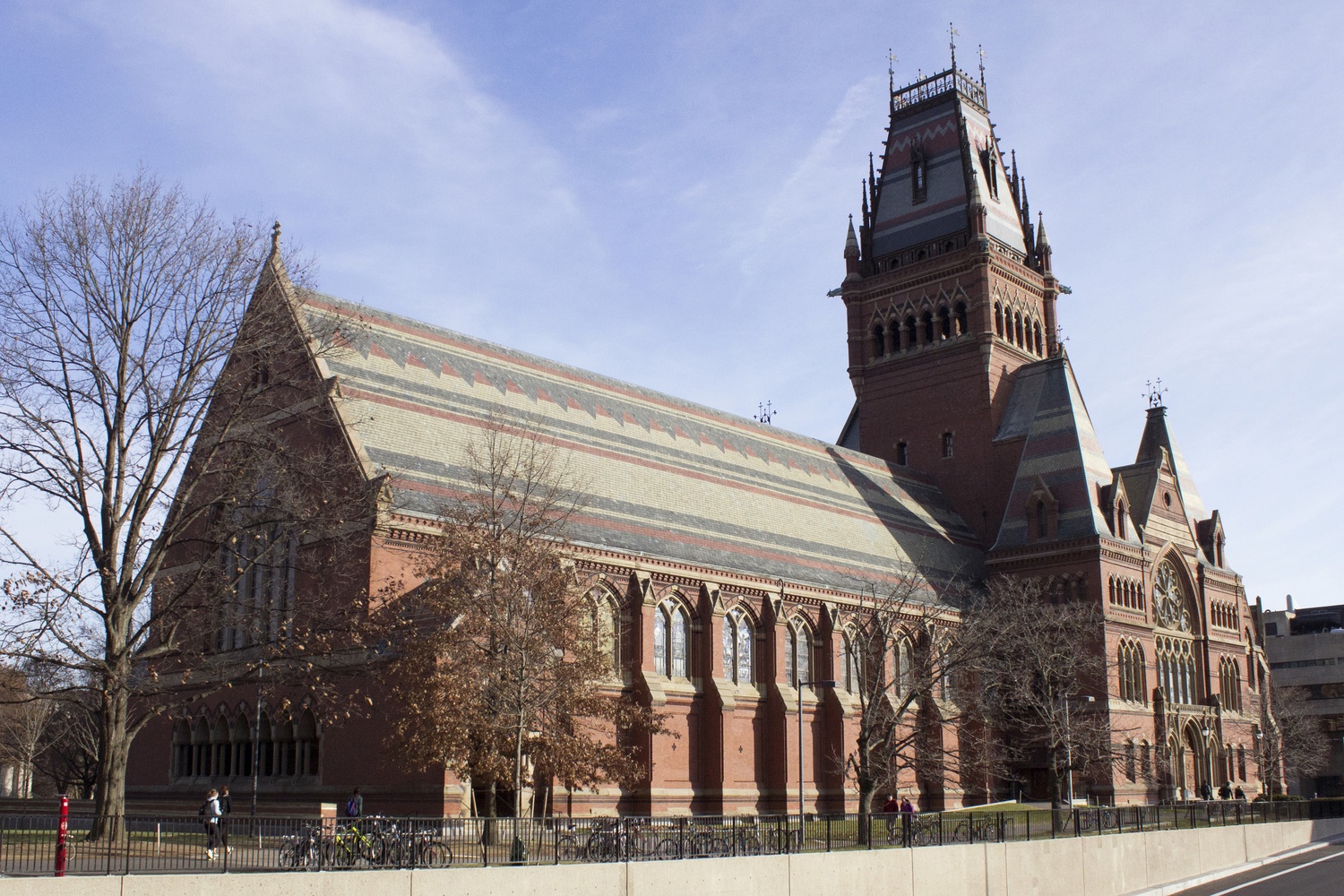 Life Sciences 1B: 'An Integrated Introduction to the Life Sciences,' which was interrupted by YouTubers on Tuesday, is taught in Memorial Hall. By Courtesy of Özdemir Vayısoğlu
By Vivi E. Lu and Leah J. Teichholtz, Crimson Staff Writers

A team of YouTubers disguised as Harvard students crashed some undergraduate classes Tuesday to the dismay of several professors and students.

Jidion Adams, known on YouTube as “JiDion,” trespassed into at least two classes — a General Education course in Harvard Hall and an introductory biology course in Sanders Theatre. Adams, who has over 4 million subscribers on YouTube, is known for making prank videos.

According to students in Life Sciences 1B: “An Integrated Introduction to the Life Sciences,” a group clad in Harvard apparel and talking loudly entered Sanders Theatre well after class had begun. Students said Andrew J. Berry, an LS1b professor, asked the impostors to leave after Adams began typing noisily on a vintage typewriter.

The YouTubers initially left but returned shortly and began shouting on the balcony of the theater. After Berry confronted them again, they left a second time. Hopi E. Hoekstra, the LS1b professor lecturing when the group entered Sanders Theatre, continued teaching through the interruption.

Berry said he asked Sanders’ audiovisual staff to call the Harvard University Police Department, who arrived after the group had left. HUPD did not immediately respond to a request for comment.

LS1B student Raymond Zheng ’25 said he “didn’t appreciate” the interruption and called it “disrespectful,” though he noticed some students in the class found humor in the situation.

Hoekstra wrote in a statement that she felt “lucky” to teach Harvard students because of their “maturity and composure” during the disruption.

Adams also gave an impromptu speech at a rally hosted by Asian American student groups supporting the creation of an ethnic studies department, where he claimed he was a Harvard student on his first day of class.

Asian American Association board member and rally organizer Chelsea Wang ’25 said she deduced Adams was not a Harvard student and though his overall message was “positive,” she was “a little concerned about his role in the rally.”

In an emailed statement, Adams wrote that he “loved the message” of the prior speakers and said he related to “the struggles of not getting the same opportunities as others.”

Mehrzad said she found it “kind of alarming” how easily non-affiliates could sneak into Harvard classes.

Jennifer L. Hochschild, the professor for the Gen Ed, wrote in an email that the interruption was “frustrating and disrespectful.”

“I am especially concerned that the interruption was disturbing to many of the students — who were perfectly polite and remained focused on the class material, but were clearly dismayed,” Hochschild wrote.

Berry said he responded to the ordeal in an effort to minimize disruption to the lecture.

“I’m assuming that there will be plenty of disappointed YouTube-ees who feel it’s necessary to contact me to tell me that I was disrespecting this person’s rights,” he said. “But, anyway, I was respecting the rights of my students to epigenetics.”

“I’m just pleased that we managed to get rid of these clowns,” Berry added.