‘This Is How Your Marriage Ends’ Review: A Misguided Manual to Relationships 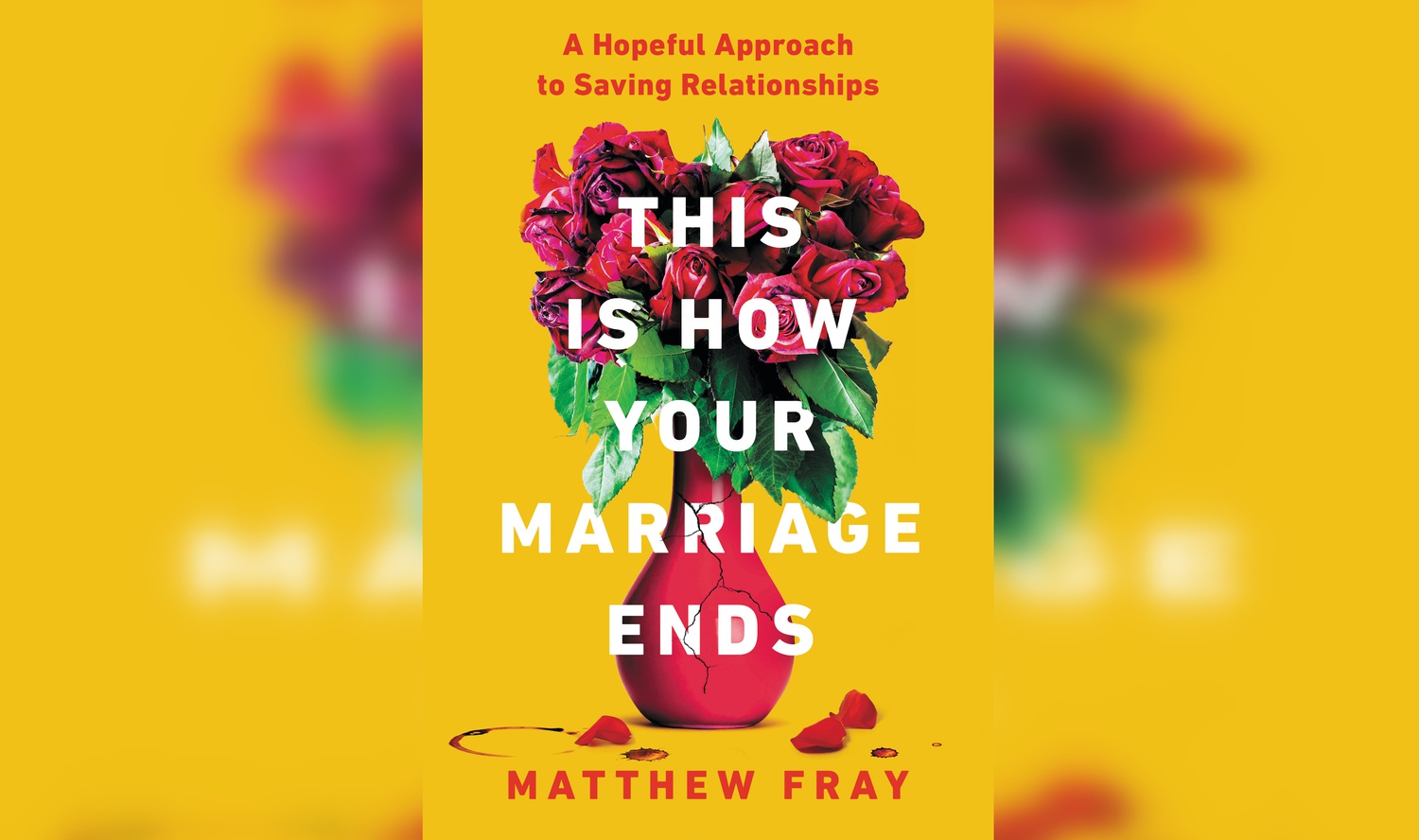 Cover of Matthew Fray's "This Is How Your Marriage Ends." By Courtesy of HarperCollins Publishers
By Sarah W. Faber, Contributing Writer

In “This Is How Your Marriage Ends,” Matthew Fray argues that marriages end not with a bang but with a whimper. In his debut self-help book, the relationship counselor offers readers insight into how to save their relationships using examples from his own marriage and those of his clients. Unfortunately, the advice he offers fails to consider the female perspective and in fact often infantilizes and vilifies women.

To start, take the so-called “Fish Sandwich Incident” that Fray highlights in the introduction to the book. In the anecdote, one of Fray’s clients, Grayson, calls him in an irate panic. He has eaten a fish sandwich and is calling preemptively to solicit advice on how to deal with his wife, who is sure to freak out about his eating a fish sandwich despite their collective resolution to be vegan. Grayson is defensive and attempts to dismiss his wife’s hypothetical anger, blaming his decision on a lack of restaurant options during the pandemic and his overwhelming hunger. But Fray tells Grayson that none of that matters — the wife would be hurt that Grayson betrayed her and a promise they made. It’s not about the fish sandwich, it’s about the way she feels.

The problem with this approach, as with many of Fray’s pieces of advice to his presumably male audience, is that teaching men to navigate around the feelings of women doesn’t take into account that women are rational beings capable of understanding logic as well as emotion. In this example, Grayson’s wife is so hypothetically blinded by the stinging betrayal of Grayson’s fish sandwich consumption that she cannot grasp any of his reasoning. By advising Grayson to cater to his wife’s feelings, Fray perpetuates the image of Grayson’s wife as irrational and driven by emotion rather than reason.

Another example of Fray magically projecting the feelings of women is when he explains the true problem with leaving dishes in the sink instead of in the dishwasher. For three-quarters of a page, Fray urges his readers to imagine themselves as a woman who spends all day thinking about her husband: what to make him for dinner, what gifts to get his parents for the holidays, how he would feel about every decision she makes. At the end of the day, how frustrating is it that she also has to deal with his dishes? While his intentions are good, Fray sounds blatantly misogynistic in assuming that there is very little going on in any given wife’s life outside of her husband and her kids.

Fray initially gained traction on the internet from this very anecdote about his dishes in a blog post titled “She Divorced Me Because I Left Dishes By The Sink”. Many portions of the book are lifted from his blog posts — for example, his “Monster-Under-the-Bed-Theory” comes from a blog post he wrote for “The Good Men Project,” a site with the copyrighted slogan “the conversation no one else is having” to which Fray often contributes. The theory goes like this: When a kid says there’s a monster under his bed, you don’t dismiss his feelings and tell him there’s no monsters. Instead, you tell him that you hear him, that it sucks to have that feeling, and that you’ll check and make sure there’s no monsters. He applies this to relationships, and argues that everyone should use the same tenderness with their partner. Like in the fish sandwich example, Fray has decent intentions but infantilizes women and reduces them to illogical emotions.

Fray’s framework is to explain how the way he hurt others helped him become a better person and attempt to guide others towards self-improvement. Fray relies on self-deprecating humor to describe the ways in which his actions hurt his wife, emphasizing his poor character to establish credibility for the advice he gives. This has two negative effects: First, it makes readers feel uncomfortable and guilty to support, with their time and money, someone making a career and profits off of treating his wife poorly. Second, it erodes readers’ trust in the author.

In one section, Fray describes the adverse effects of toxic masculinity, citing the statistic that men are more likely to commit suicide and have more trouble reaching out for mental healthcare. While this is an incredibly important issue to discuss, 50 pages earlier, Fray recalls how he and his friends bullied a gay kid at their high school into attempting suicide. His hypocrisy makes readers less sympathetic to his struggles, which he blames vaguely on the way society treats men.

Fray’s book is bound to leave readers with more feminist rage and less faith in men than when they started reading. While the author has good intentions, “This Is How Your Marriage Ends” reads more like a guide to making readers feel better about the people they hurt, rather than a roadmap to a successful 21st-century marriage.