Lisa Kewley to Serve as Director of Harvard's Center for Astrophysics 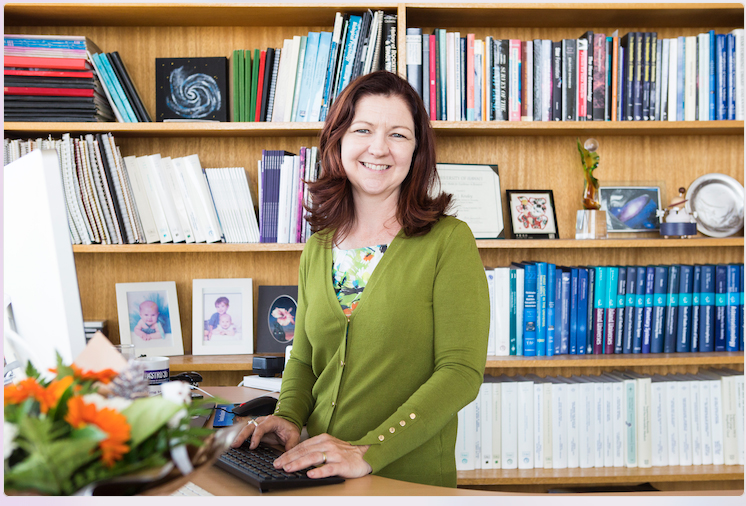 Lisa J. Kewley will serve as the next director of Harvard’s Center for Astrophysics, a collaboration between the Harvard College Observatory and the Smithsonian Astrophysical Observatory.

The CFA is composed of over 850 scientists, researchers, and staff and aims to answer questions about the makeup of the universe by developing tools that expand the capabilities of modern-day observatories.

Kewley will head eight scientific divisions at nine of the CFA’s facilities and institutes in her new role, which begins July 1. She currently serves as the director of ASTRO 3D, a seven-year $40 million project that has brought together 300 astronomers to study the evolution of light, matter, and the elements.

Kewley wrote in an email she is looking forward to the future of the CFA and the creation of new telescopes and technologies.

“The coming decade will be an extremely exciting time for astrophysics with the next generation space and ground based telescopes being built and coming on-line,” Kewley wrote. “The CFA has expertise across the full electromagnetic spectrum from the X-rays through to the radio and sub-mm, as well as a world-leading theory program.”

“I will bring together people from across the CFA to develop a 10-year scientific strategic plan which brings together the expertise across the CFA to answer some of astronomy's biggest questions and builds readiness for the next generation of telescopes,” Kewley wrote. “I will also work with Smithsonian to develop nationwide education and outreach programs to bring astronomy to school kids across the US.”

Kewley added that she plans to promote gender equity in the workforce through her new role.

“I will be introducing a broad range of initiatives which are aimed at equity in promotions, recruitment, and retention, as well as building a positive, supportive, and inclusive culture,” Kewley wrote.

Ellen R. Stofan, the Smithsonian's Under Secretary for Science and Research, voiced her support for Kewley’s appointment, noting her achievement of gender equity at ASTRO 3D under her directorship.

“Dr. Kewley’s exceptional career, strong leadership skills, and innovative ideas about the future for CFA proved her to be the best person for the role,” Stofan wrote. “ASTRO 3D’s 50:50 gender balance is a testament to her dedication for shaping STEM into a more equitable future.”

The outgoing director of the Center for Astrophysics, Charles R. Alcock, described Kewley as a “brilliant scientist and a charismatic, thoughtful, considerate leader” in an email.

Alcock acknowledged a variety of scientific topics the CFA can pursue under Kewley’s leadership, including potential signs of life on nearby planets or “empirical understandings” of black holes.

“The best work emerges from the discussions among the scientists, and the surprises that emerge are the most rewarding,” Alcock wrote.