BookTok: The Last Wholesome Place On The Internet 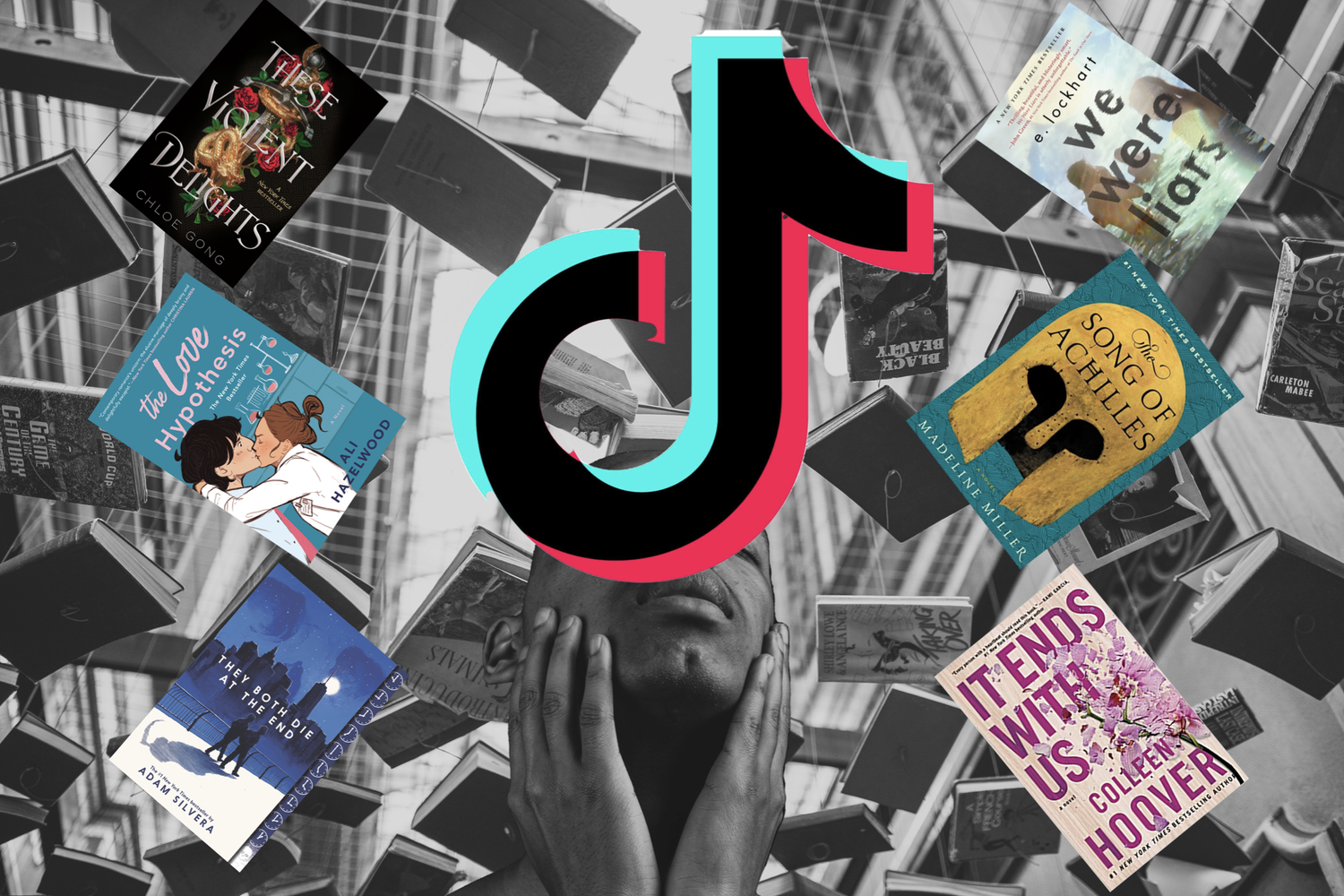 BookTok serves an important role in that it centers readers and their preferences in an organic, grassroots-type structure. By Nayeli Cardozo
By Julia J. Hynek, Contributing Writer

Among the endless niches of TikTok lies a burgeoning phenomenon born of the boredom of quarantine: BookTok. Driven by a demographic of primarily young women and characterized by its partiality to emotion-eliciting novels, BookTok has grown from a small corner of creators sharing their recommendations to a notable online reading community.

BookTok serves an important role in that it centers readers and their preferences in an organic, grassroots-type structure. In theory, anyone can post their recommendations, and it is the community itself that decides what will be circulated on the platform and hence popularized. This type of democratization is not a novel idea, nor is it unique to TikTok, but it is still worth noting. Given the largely top-down flow of the book publishing industry, the growing influence of BookTok has the power to recenter the voices and values of the people that truly matter: readers.

Another invaluable aspect of BookTok is its ability to create a culture in which every type of reader and genre is valid. Too often, aging into adolescence and adulthood is perceived as aging out of the worlds of J.K. Rowling, John Green, Suzanne Collins, and Rick Riordan, and into the sphere of rational, serious, “intellectual” literature. It is made to seem that the only books that “grown-ups” read are classics, notable biographies, academic research novels, and the occasional self-help book. BookTok, on the other hand, removes the intellectualized perceptions of literature and instead welcomes genres that have been previously stigmatized back into the fold.

In fact, it is dominated by these categories, including young adult fiction, romance, and fantasy romance. The more emotion-evoking the book, the better. People want to lose themselves in what they read, and they want their heartstrings to be tugged! It is as simple as that. And it just so happens that these genres tend to deliver on these fronts. “These creators are unafraid to be open and emotional about the books that make them cry and sob or scream or become so angry they throw it across the room, and it becomes this very emotional 45-second video that people immediately connect with,” said Shannon Devito, Director of Books at Barnes and Noble, in an interview with the New York Times.

Essentially, BookTok reminds viewers that reading is supposed to be fun. It is meant to be a pleasurable hobby, not a space policed by the gatekeepers of “proper literature.” This point is especially salient given that the majority of young adults are experiencing the residual negative effects of high school English classes in which the appreciation of any semblance of storytelling is lost to the looming prospect of assessment. BookTok helps its viewers unlearn the practice of overanalyzing every piece of text in anticipation of a quiz, encouraging reading as a source of pure pleasure and enjoyment.

Of course, Booktok does have its flaws. One that comes to mind is what I like to call the “bookwagon effect,” in which select books receive so much praise they become elevated to the level of untouchable — sanctified, even. Inevitably, then, even an objectively good book cowers in the shadow of the unattainable expectations ascribed to it. One example of this is “They Both Die at the End” by Adam Silvera. In light of its target audience being a young adult demographic, this novel is by most standards a fantastic read. It fell victim, however, to the curse of the bookwagon. Through no fault of the author but rather due to constantly being advertised on BookTok with a lavish 5-star consensus, Silvera’s novel was found by many to be an underwhelming read.

BookTok also provides a crucial opening to increase representation of groups that have been historically underrepresented in mainstream conversations about literature. For instance, several novels that rank in the upper echelons of BookTok feature queer protagonists, including “A Little Life” by Hanya Yanagihara, “The Seven Husbands of Evelyn Hugo” by Taylor Jenkins Reid, “Red, White, and Royal Blue” by Casey McQuiston, “The Song of Achilles” by Madeline Miller, and others. BookTok has experienced criticism, however, for its bias towards representation of gay men, bringing to mind allegations of lesbophobia and mlm (man-loving-man) fetishization. “One Last Stop,” for example, which was Casey McQuiston’s second novel after her “Red, White, and Royal Blue” debut, was noted by some for receiving less fanfare than its mlm predecessor.

Existing racial-ethnic diversity on BookTok also has room for improvement. The most prominent five-to-ten novels central to BookTok all tend to be quite white, both in terms of characters and authors; Taylor Jenkins Reid, Colleen Hoover, Madeline Miller, or Sally Rooney are all notable BookTok authors that come to mind. Furthermore, many content creators on BookTok tend to be white. Luckily, the nature of TikTok is such that it is quite easy to find BookTok sub-communities that can act as affinity groups, but these groups need not be limited to one identity. Diversity and inclusion of all underrepresented identities should be normalized in the BookTok mainstream, not just in the margins.

All things considered, however, BookTok should be considered a welcome addition to the social media landscape. Historically, trends led by or composed primarily of young women have been relegated to perceptions of mere “girlish faddom,” in which their merit is consistently doubted. Is BookTok perfect? No. Is it a bit embarrassing to be seen as a college student browsing the BookTok section at Barnes & Noble? Maybe a bit. BookTok, however, has proven that it is a force to be reckoned with, and that it should be taken seriously as a space of camaraderie, stress-free fun, and the revival of the appreciation of reading for many an ex-bookworm.