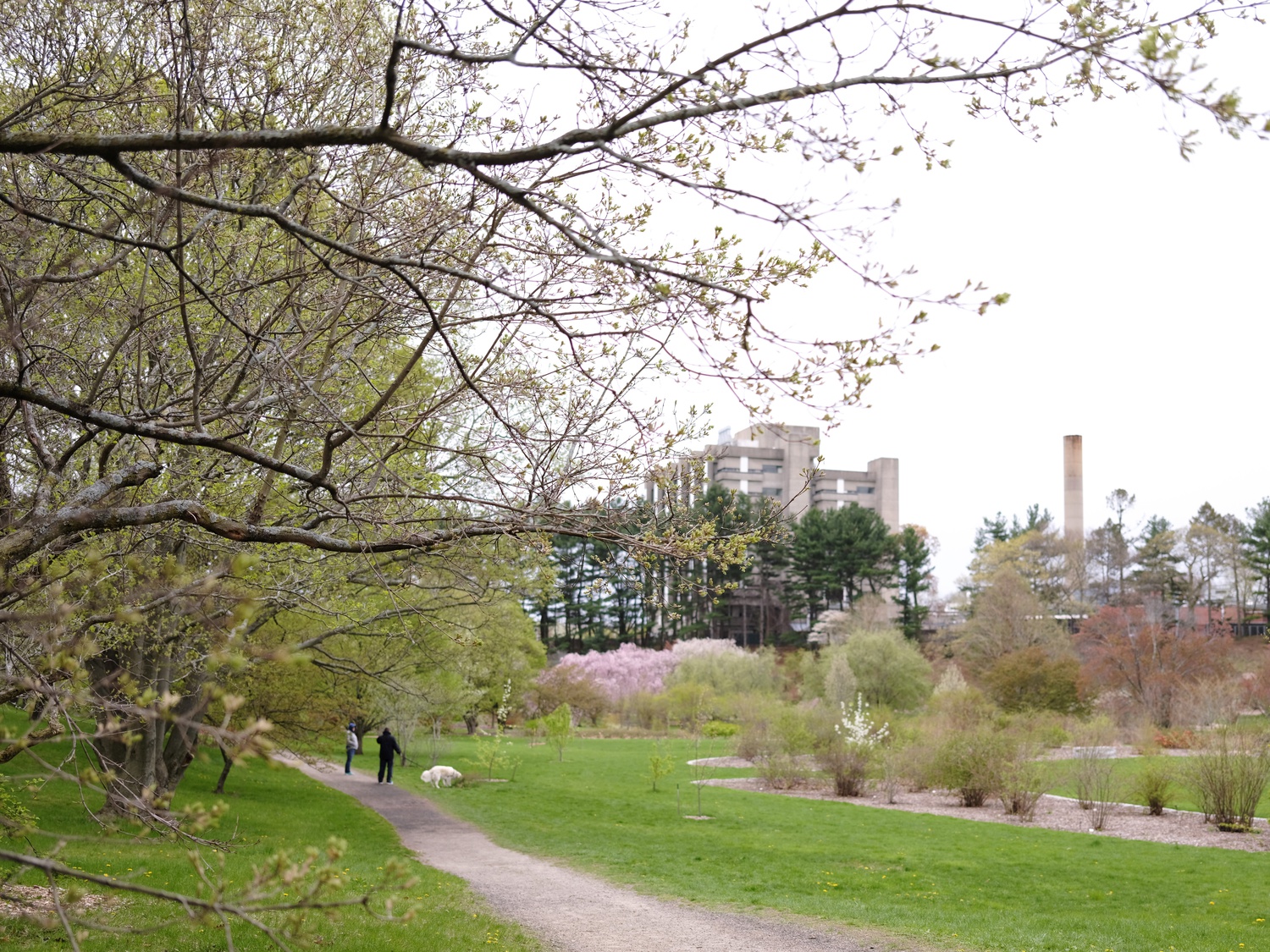 The Arnold Arboretum celebrated its 150th anniversary with a special lecture at its Weld Hill Research Building on Tuesday afternoon.

The event featured a discussion of the Arboretum’s history, including its founding and primary benefactors.

Lisa E. Pearson, head of the Arboretum’s Horticultural Library and Archives, delivered a lecture on the institution’s origin story at the event.

“It’s a story that actually starts early in the 19th century with two Massachusetts merchants, Benjamin Bussey and James Arnold, who made requests in the middle of the century to encourage education in botany, horticulture, and agricultural science,” Pearson said.

Bussey, a successful businessman in the early 1800s, helped found the Arboretum by donating land to Harvard. Arnold, also a businessman, participated in several horticultural organizations and reserved some of his assets to go toward agricultural causes in his will.

On March 29, 1872, the Arnold Arboretum was officially born after George B. Emerson — a member of the Class of 1817 and a trustee of Arnold’s will — helped direct funds to establish it.

“However, the institution as we know it today did not spring fully formed into existence on that date,” Pearson said. “It took about another 25 years of designing, political wrangling, and labor.”

Charles S. Sargent — a member of the Class of 1862 who served as the founding director of the Arboretum — worked closely with famed landscaping architect Frederick L. Olmsted to design the Arboretum’s public space.

In a letter to Olmsted in 1885, Sargent wrote, “One function of an arboretum is to serve as a museum of living trees.”

The city’s expenditures on the Arboretum’s construction were upwards of $650,000 at the time, according to Pearson.

By 1900, Pearson said, “the landscape was finished and Charles Sargent could heave a well-deserved sigh of relief at a job well done.”

Pearson acknowledged at the start of the event that Indigenous peoples inhabited the Arboretum’s lands for more than 7,000 years.

“We’ve worked with the Massachusett tribe and with the Harvard Native American program to highlight that particular story,” Pearson said in an interview after the event.