BGLTQ Alumni Reflect on Harvard and the Workplace in HBS Panel 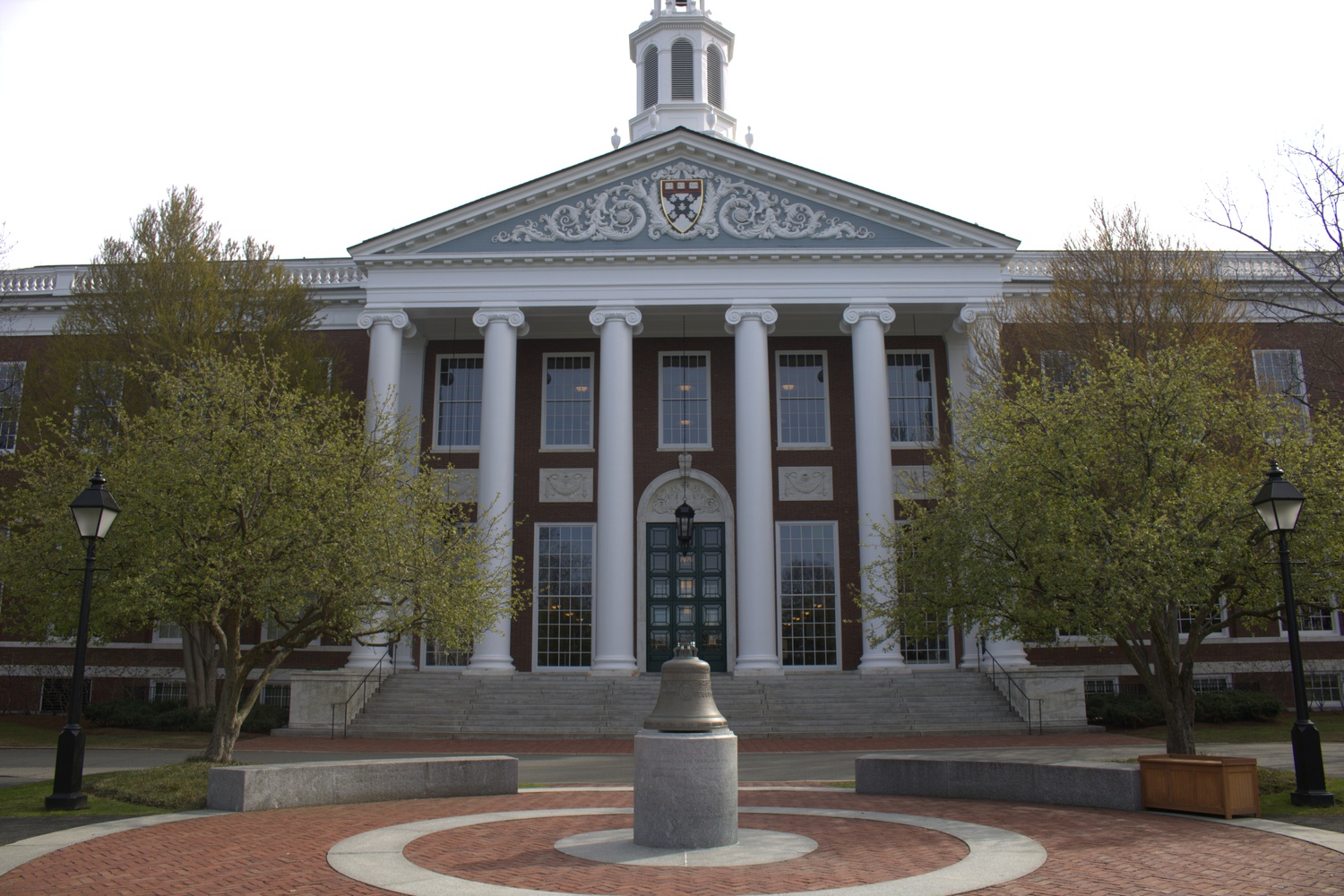 Seven BGLTQ Harvard Business School alumni discussed their experiences at Harvard and in the workplace at a panel event Tuesday. By Christopher Hidalgo
By Kate Delval Gonzalez and Kenneth C. Murray, Contributing Writers

A panel of seven queer-identifying Harvard Business School alumni discussed their experiences at the University and beyond at a panel hosted by the HBS PRIDE club and the Business School’s LGBT Alumni Association Tuesday evening.

Cobb, who is the Chief Business Officer at Affinia Therapeutics, described their time at Harvard Business School as a “straight cocktail party” that was not as openly accepting of queer-identifying students.

Many of the panelists added what it meant to live and work in predominantly non-BGLTQ spaces, adding that some professors encouraged students to not disclose their sexual orientations at work.

“It really didn’t work that well for me,” Bossert said of their decision not to discuss their identity at work. “Lacking that authenticity was really a problem, and what I thought was safety was really suffocation—and I [recognized] that over time.”

But Lee said he had the opposite experience.

“I was sort of careful in the early days, but I never represented myself as anything else,” he said. “My experience was not nearly as negative. I was a little concerned but then got very comfortable rather quickly and was embraced enough.”

Steele said that acceptance of queer identities in the workplace has increased in recent years but “there’s still a lot of [fear] around being out."

“It's kind of cool to be able to be visible in an organization that’s maybe not as culturally accepting as some others,” Chann added.

Donaher, a former marketing director at Apple, said that he has focused on making sure that new BGLTQ hires feel welcome and aware of the contributions of earlier generations.

“I think it is so important that the stories be passed down, that people never lose sight of before,” he said.

Emmons, now a senior lecturer at the Business School, recalled setting up an AIDS Awareness Day at HBS to raise awareness of HIV, discrimination, and other issues facing the queer community.

“One of the things I felt very strongly about is we really needed to be able to talk about [the AIDS crisis] within the curriculum,” he said.

The panelists closed the discussion by speaking about the responsibility that Harvard Business School and its students have to promote the inclusion of queer individuals.

“We all just have to recognize how much of a privilege it is to study here — and how much of an influence we will all have in the places that we work,” Chann said.

“Use this time when you were at HBS to really speak up,” Emmons told audience members.