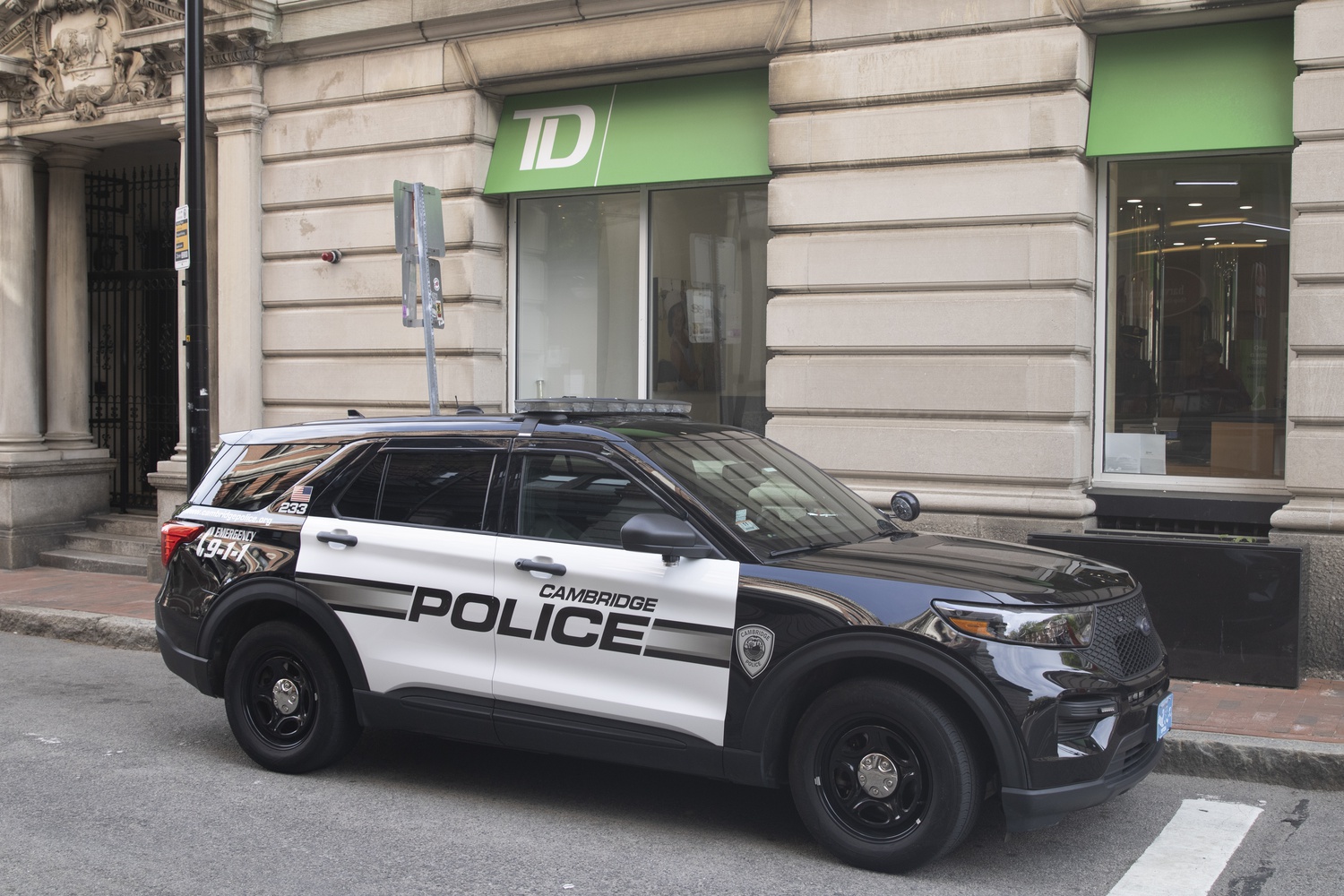 A TD Bank branch in Harvard Square was robbed Monday afternoon for the third time in the last month. By Aiyana G. White
By Brandon L. Kingdollar, Crimson Staff Writer

A TD Bank branch in Harvard Square was robbed Monday afternoon for the third time in the last month.

Cambridge Police arrested Jacob Pimentel, 31, of Boston, who allegedly passed a note to the teller demanding money at about 4:43 p.m. Monday, according to CPD spokesperson Jeremy C. Warnick. Officers apprehended Pimentel, who was unarmed, in front of Harvard’s Smith Campus Center.

Pimentel was arrested by several officers who had weapons drawn while attempting to flee the scene in a taxi. The suspect held his hands out the window of the car as officers surrounded the vehicle on foot, according to a video of the arrest provided by an eyewitness. An officer retrieved a stack of bills from Pimentel’s left hand, while another opened the cab door.

Pimentel is expected to be charged with unarmed robbery and arraigned later in the week, Warnick said.

Anna Y. Gong ’23, an eyewitness, said she and a friend saw the incident after walking back from Kung Fu Tea, describing it as a “stressful” experience.

“I heard some yelling, and we turned around and other people were turning around too, and we saw police with weapons drawn pointing into the window of his taxi,” Gong said. “It was very action-packed.”

Prior to Monday, that TD Bank location had been robbed twice in the last month — once on April 27 and once on May 2. According to Warnick, Pimentel is not believed to be a suspect in the other two incidents. CPD has issued a warrant for the arrest of another individual in connection with one of the prior robberies.

The robbery came amid a spike in robberies in Cambridge through the first 17 weeks of 2022. According to the city’s monthly crime report, there had been 36 robberies between January and May 2, more than double the figure at that point in 2021. In addition to the three TD Bank robberies, another Cambridge location was struck in February, Webster Bank in Brattle Square.

Ryan K. Hong ’23, who witnessed the arrest from outside the Smith Center, said he was “a bit shocked” by the incident.

“Harvard Square’s a pretty safe place,” Hong said. “Pretty interesting that this would happen right in an intersection, probably the most-walked crosswalk by Harvard students.”