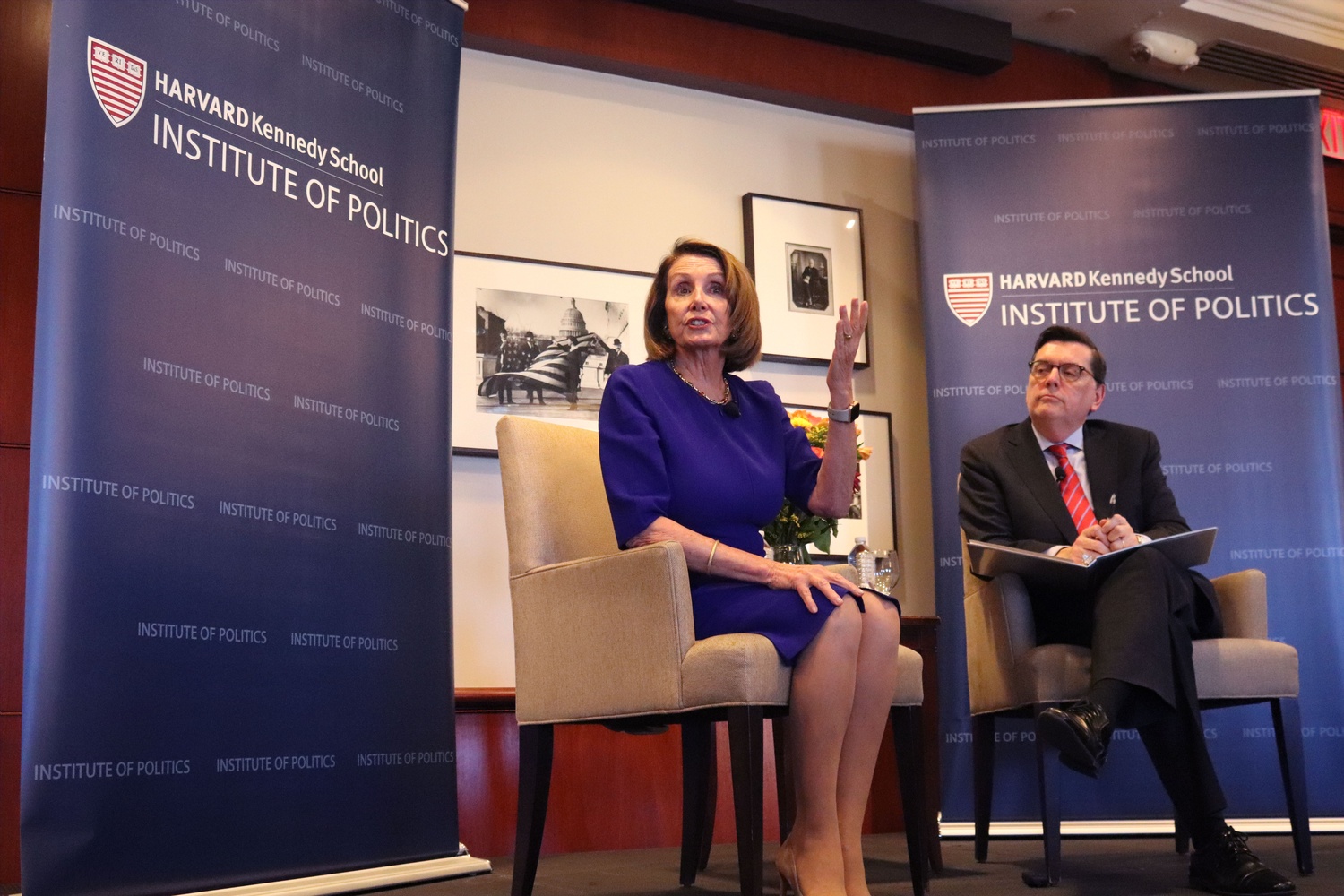 Harvard Institute of Politics Director Mark D. Gearan ’78 is set to step down after serving more than four years in the role.

Gearan, who held a variety of roles in the Clinton administration, will return to serve a second stint as president of Hobart and William Smith Colleges. Gearan steered the IOP through a tumultuous period marked by high staff turnover and the departure of Caroline B. Kennedy ’80 — the last living child of President John F. Kennedy ’40, to whom the IOP is dedicated — who resigned from its senior advisory committee in 2020.

Setti D. Warren, the IOP’s current executive director, will serve as its interim director while the Harvard Kennedy School conducts a search for the 20th director. HKS Dean Douglas W. Elmendorf first announced the news of Gearan's departure in an email to school affiliates on Tuesday.

“Under Mark Gearan’s leadership during the past four years, the Institute of Politics has been both an integral part of Harvard Kennedy School and one of the largest student organizations for undergraduates at Harvard College,” Elmendorf wrote. “I admire Mark’s dedication to helping Harvard students become the public leaders and public servants we need, and these students and all of us who have worked with Mark have benefited from his hard and skilled work.”

Gearan joined the IOP as its 19th director in March 2018 after serving 18 years as president of Hobart and William Smith. He served as director of the Peace Corps under the Clinton administration from 1995 to 1999.

Gearan oversaw the IOP through the Covid-19 pandemic, during which it was forced to transition its operations to remote.

William D. “Bill” Delahunt, a former U.S. representative and a member of the IOP’s SAC, said Gearan “performed admirably” while guiding the Institute through the pandemic.

“Under difficult circumstances, I think he demonstrated leadership, understanding, and a deep and genuine affection for the IOP,” he said.

Gearan said his departure from the IOP was “a hard decision, but one that has been made through the lens of what I did for 18 years and my sense that this was the right next chapter.”

According to Gearan, he will depart the IOP Aug. 15 at which point Warren will take over as interim director.

Gearan said Warren is “​​a seasoned administrator and public servant.”

“It’s very appropriate and very nice for me to know that the Institute is in such able hands with Setti,” Gearan added.

Gearan said that from the start of his tenure at Harvard he hoped to improve the IOP’s internship program and provide it with more funds.

“If you get students with an opportunity in public service or journalism or activism — that can be very defining,” he said. “So expanding the number of internships, increasing the stipend of internships, securing some additional resources for it — all those things I think are important and I’m proud of what’s happened here in four years.”

Dean of the College Rakesh Khurana wrote in an email that Gearan “leads with his head and heart,” and lauded Gearan for his stint as faculty dean in Winthrop House during the 2019-2020 academic year.

“Mark Gearan is one of the finest higher education leaders in the nation,” Khurana wrote. “Among his numerous talents is his ability to bring people of different perspectives and voices together to solve challenging problems.”

Tabitha L. Escalante ’23, who serves as vice president of the IOP, said Gearan has been “an incredible leader.”

Gearan has tried to “ensure that everything that we’re doing is not just sitting in a room and hearing about politics from practitioners who have done it,” Escalante said. “But making sure that everybody that leaves any study group or any forum that we’re having with a good sense of how they can move forward from here and take action on the issues that they care about.”