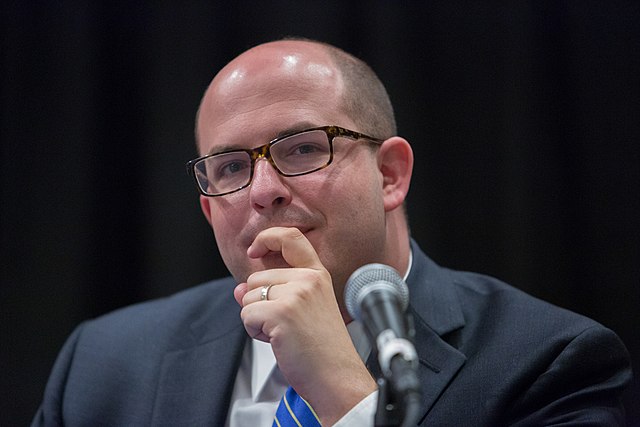 Stelter, whose show was axed as part of a directional change brought by CNN’s new leadership, will serve as a Walter Shorenstein Media and Democracy fellow, the Shorenstein Center announced Monday.

“I hope I can bring the spirit of my longtime Sunday morning TV show to Harvard’s campus,” Stelter wrote in an emailed statement Monday night. “Most of all, I hope I can convene discussions about media and democracy that will add value for students and the wider community.”

Stelter got his start in college when he founded the television news blog TVNewser, which he sold before becoming a media reporter for the New York Times. In 2013, he joined CNN as the host of “Reliable Sources,” its longtime Sunday morning media talk show.

The Walter Shorenstein Media and Democracy fellowship invites “high-profile figures at the forefront of media, politics, and public policy” to the Kennedy School to collaborate with students and faculty members, according to the Shorenstein Center’s website.

“Given events of the past few years, it’s never been more important to explore and explain the forces that are shaping both our media and our political environment,” Shorenstein Center Director Nancy R. Gibbs wrote in a statement Monday. “With his long experience covering America’s newsrooms, their choices and their challenges, Brian will be a great resource for our students and scholars alike.”

At the Shorenstein Center, Stelter will “convene a series of discussions about threats to democracy and the range of potential responses from the news media,” according to the press release announcing his appointment.