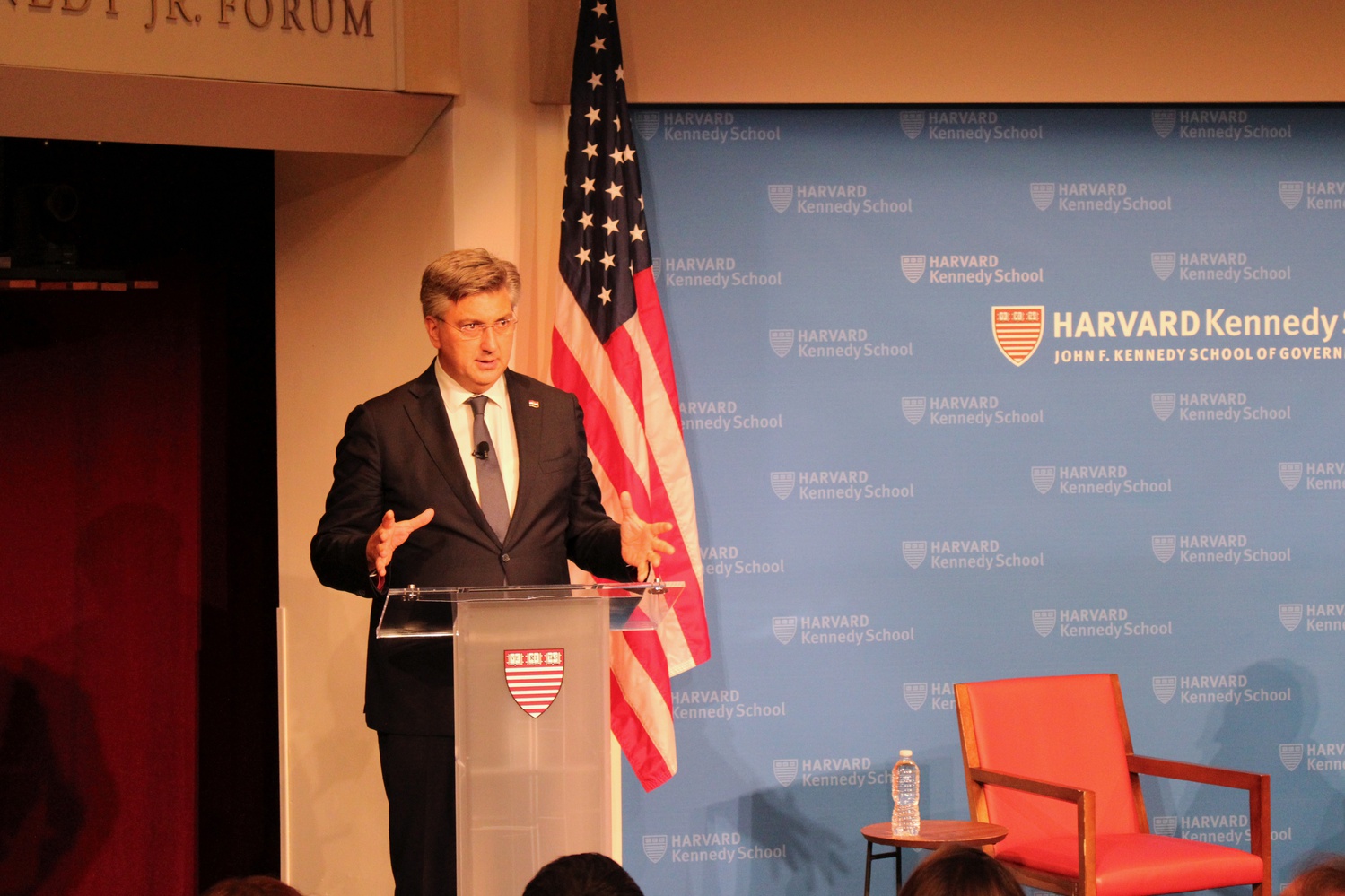 Two days before Croatian Prime Minister Andrej Plenković is set to address the United Nations General Assembly in New York, he gave Harvard affiliates a preview, discussing the global consequences stemming from Russia’s escalation of its invasion of Ukraine at a Harvard Institute of Politics forum Wednesday evening.

Plenković said discussions at the UN this week have centered around Russia’s war on Ukraine, which he described as an “unprecedented violation of international law where one permanent member of the Security Council has aggressed and invaded a neighboring country, also [a] member of the United Nations.”

Earlier on Wednesday during a morning address to the nation, Russian President Vladimir Putin announced a “partial mobilization” of Russia’s military reservists and issued an implicit threat that Russia was prepared to use nuclear weapons against the West.

“In the event of a threat to the territorial integrity of our country and to defend Russia and our people, we will certainly make use of all weapon systems available to us,” Putin said, according to the Kremlin’s transcript of his speech. “This is not a bluff.”

Russia is an authoritarian regime that does not “really agree with the way that the world is globally governed” and takes a “conflictual” approach to world affairs, Plenković said.

Croatia and the rest of the European Union have relied on French President Emmanuel Macron and German Chancellor Olaf Scholz to negotiate with Putin in recent months because they are “the two strongest and the most influential countries” in the bloc, according to Plenković.

But Plenković said the format for negotiating with Russia might change in the future.

“I personally think that the moment will come where the international community might opt for someone who would be very respected from everyone — including in Moscow — as an international personality who can serve as an intermediator or negotiator or the communicator,” Plenković said. “That is an element that hasn’t been explored so far.”

Plenković also responded to a question from an audience member about the restitution of property that belonged to Jewish victims of the Holocaust from Croatia, saying he will meet with the leader of the World Jewish Congress in New York on Friday.

“We have a dialogue with the representatives of the Jewish community in Croatia and we are in the process of trying to address this issue adequately even though many, many decades has passed,” he said.

“I think there is a lot of goodwill on our side not only to engage into meaningful talks, but to deliver on symbolic gestures that would at least provide some sort of a compensation for the wrongdoings of those who did it almost 80 years ago,” Plenković added.