Cambridge’s new city manager, Yi-An Huang ’05, pledged transparency and collaboration with the City Council during a Tuesday interview with The Crimson.

Huang, previously the executive director of clinical operations at Boston Medical Center, said he will act with greater urgency on issues such as climate change, transit, and housing. He took office Tuesday morning virtually after testing positive for Covid-19.

Cambridge operates under a council-manager form of government, where the city manager handles daily governmental functions and prepares the nearly-billion-dollar city budget goals laid out by the democratically elected City Council. 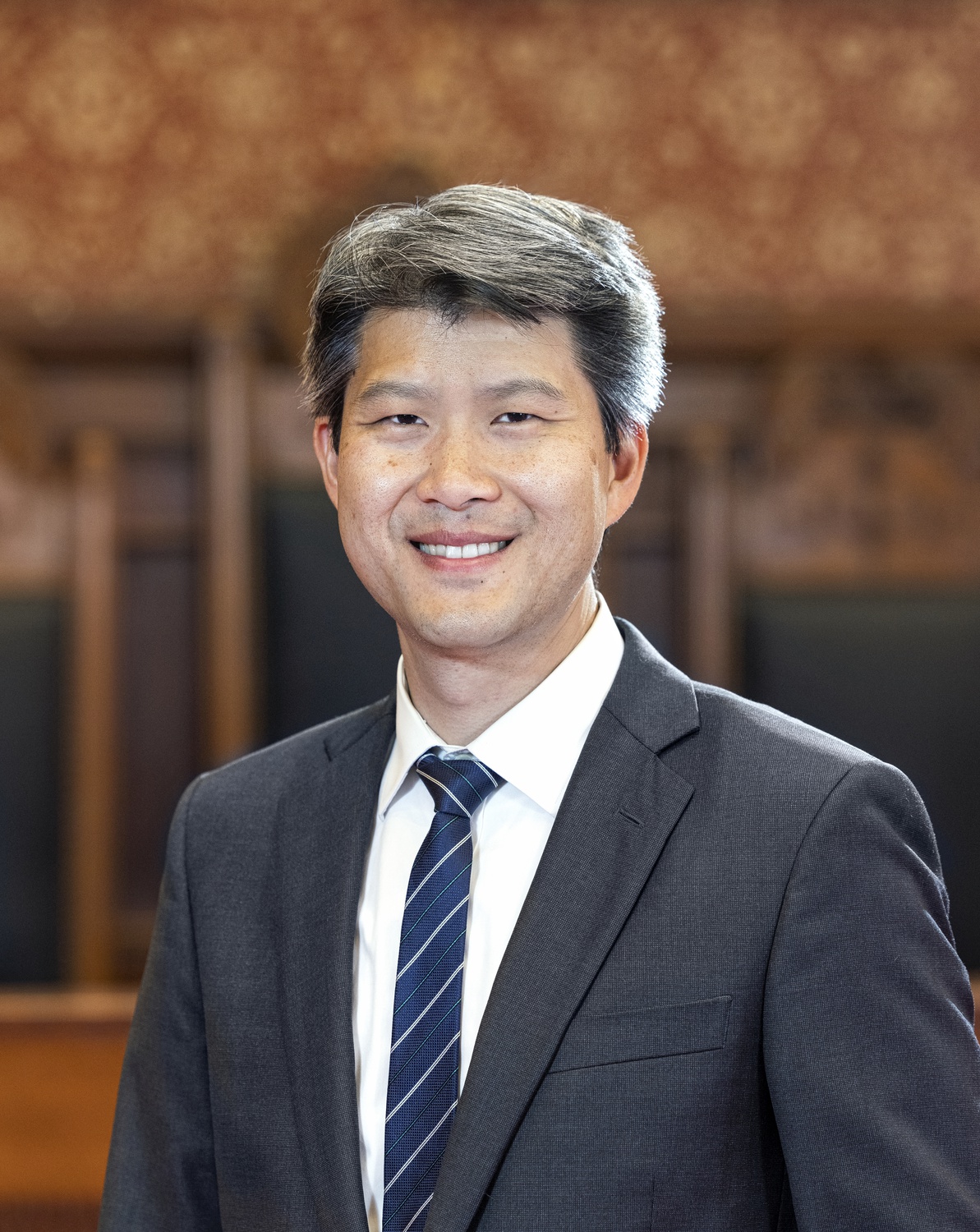 Yi-An Huang '05 was sworn in as Cambridge's city manager on Tuesday. By Kyle Klein/City of Cambridge

The relationship between the city manager and the council has been a source of tension in years past, with some councilors saying the position holds too much power and the Council should have more sway in areas such as the budget process.

In November 2021, Cambridge residents voted to create an ad hoc committee to review and propose changes to the city’s Plan E Charter, which details the city’s form of government. The committee held its first meeting last month.

Huang recognized that disagreement and mismatched priorities between the council and the manager could be “challenging.”

“Over time, I think there was a lot of authority that got concentrated in the city manager,” Huang said.

He said he would increase transparency and try to “deepen that relationship and create greater alignment” with the council.

“There is room for us to be working through how we organize, how we get aligned, how we communicate, and that’s a conversation that we’ve already started having with city leaders and with councilors,” Huang said.

“I do feel like there’s a relationship that we can establish that will make this a really strong and working form of government,” he added.

Huang was appointed to the post by the City Council in June, following a monthslong search to replace former city manager Louis A. DePasquale. Owen O’Riordan, commissioner of the Department of Public Works, served as acting city manager over the summer.

Huang said he prepared to take office through conversations with O'Riordan, DePasquale, and former city manager Richard C. Rossi, who spent 45 years in Cambridge city government — the last three years of which he served as city manager.

“It is a history of people in the city who have been so dedicated and committed to making this a better place,” Huang said. “I feel very grateful for my predecessors.”

Huang said he hopes to be actively engaged with residents, including those who are typically less involved in city politics.

“My hope is that I’m also able to work to find voices that are not traditionally at City Hall and where we can incorporate those feelings,” Huang said.

Huang, a graduate of Harvard College and Harvard Business School, said that he was inspired to pursue public service as a freshman undergraduate student after hearing a talk about the global HIV/AIDS pandemic from then-Harvard professor Jeffrey D. Sachs. He is the first Harvard College alumni to serve as city manager since the 1960s.

“That really drew me into the idea that we have so much ability to potentially make a difference in the world,” Huang said.

Huang connected his passion for service with his faith — something he said is closely tied to his identity.

“It’s a deep part of feeling like we are put here to serve especially those who are most vulnerable,” Huang said.