‘A Book of Days’ Review: A Peek into the Mind of Patti Smith 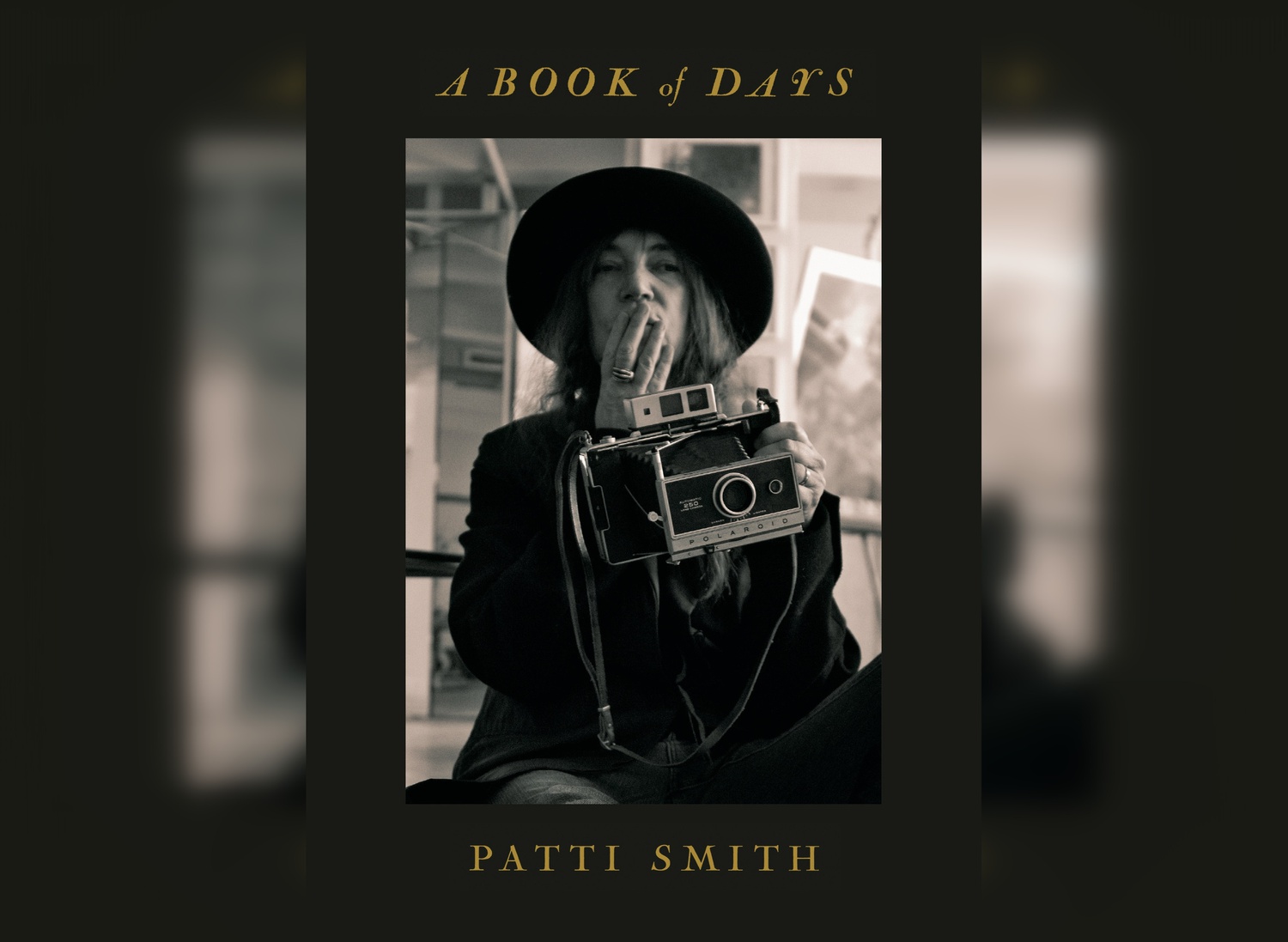 Rock singer-songwriter Patti Smith’s new book is a collection of photographs inspired by her recent journey on Instagram, which began in 2018. To create “A Book of Days,” Smith chose a photo to represent each day of the year, drawing from her collection of polaroids, cell phone photos, and the Internet. The collection is a form of print preservation, including old photos of Smith, aesthetic stacks of books, and photos of late social activists or musicians, most of which she posted on Instagram over the years. For readers, it's a reminder to appreciate the little moments every day and to spend time remembering the people and events of the past.

Sometimes, the photos feel insignificant: The collection is ultimately the product of an old woman who gets Instagram and starts posting screenshots of Safari images or photos of her coffee and old shirts. But Smith is not just any old woman. She has created an intimate aesthetic. Everyone wishes they could be Patti Smith, drinking coffee, reading obscure books, looking at statues, and taking photos with other cool rock and roll stars. There is an undeniable appeal to the aesthetic of Smith’s collection, but all of it can be found for free by following her Instagram account. It's easy, flipping through, for a reader to wonder, is this necessary? Why create a book out of photos that Instagram has seen first?

For anyone who isn’t a huge Patti Smith fan, “A Book of Days” is a coffee table book at best. It is the perfect size and shape for display with a simple yet enticing cover: Black with gold lettering, the cover features a black-and-white photo of Smith and her polaroid camera.

Certain photos offer interesting, sometimes comical, insights into the life of a ’70s rocker in her old age. With her career as an author, Smith ensures she doesn’t remain trapped in an image of her in her 20s, as many of her fellow legendary musicians have.

In one image in the book, Smith stands with her long gray hair next to Keanu Reeves. The captions reads, “Wishing a worthy fellow a happy birthday.” Photos of her with other celebrities are scattered about the pages, usually featured on their birthdays. In the introduction, Smith writes that for her, Instagram has served as a way to celebrate birthdays by remembering the departed and saluting our youth. “‘A Book of Days’ is a glimpse of how I navigate this culture in my own way,” she writes. With her photos, she attempts to influence the way people use social media, to turn it into a positive space for others like it is for her. And it is effective: The accessibility of some of the images remind people to look for that simple beauty and the feel-good moments in their own lives and share it with others.

64 of the photos in the book are not hers. They are photos of famous people, usually activists including Greta Thunberg, Martin Luther King Jr., and Hellen Keller’s teacher, Anne Sullivan. The outside photos seem out of place amidst photos taken by Smith, but the brief captions oftentimes include interesting tidbits. For instance, the Dec. 11 photo praises Alice Augusta Ball, who developed the first successful treatment for leprosy and died at 24. The captions accompanying more well known celebrities are shorter, thankfully, to avoid redundancy.

Other photos are placed without much context, however, like a photo of a wrinkled shirt on a bed that could easily be mistaken for someone trying to sell their old clothes on Poshmark. But the shirt has a deeper meaning: It was a gift from Michael Stipe, lead singer of R.E.M.

Photos like these offer an interesting glimpse into the way Smith thinks and interacts with the world, finding simple moments to appreciate each day: a gift from a friend, a cup of tea, how the books stack up on her desk, or reflections on travels.

There are also a lot of photos of beds. Either famous people’s beds or photos of beds that she slept in while traveling. At first glance, the beds seem out of place, or insignificant. But after some thought, the intimacy of the photos makes the reader spend a little more time thinking about where we spend almost a third of our lives without second thought. The photos also break the convention of social media, which can sometimes pressure people into only posting pictures of themselves.

Maybe more people should post photos of beds on Instagram. Currently, apps like Instagram hinder people. Kids get addicted to them; they are overwhelming sources of social comparison; They spread misinformation and allow for social media activism rather than tangible action. These issues are so prominent, some teenagers are even ditching cell phones altogether to escape the influence of social media. Smith acknowledges these issues, but thinks that social media can work for the better, too.

“Social media, in its twisting democracy, sometimes courts cruelty, reactionary commentary, misinformation and nationalism,” she writes. But as the book proves “It can also serve us. It’s in our hands.”