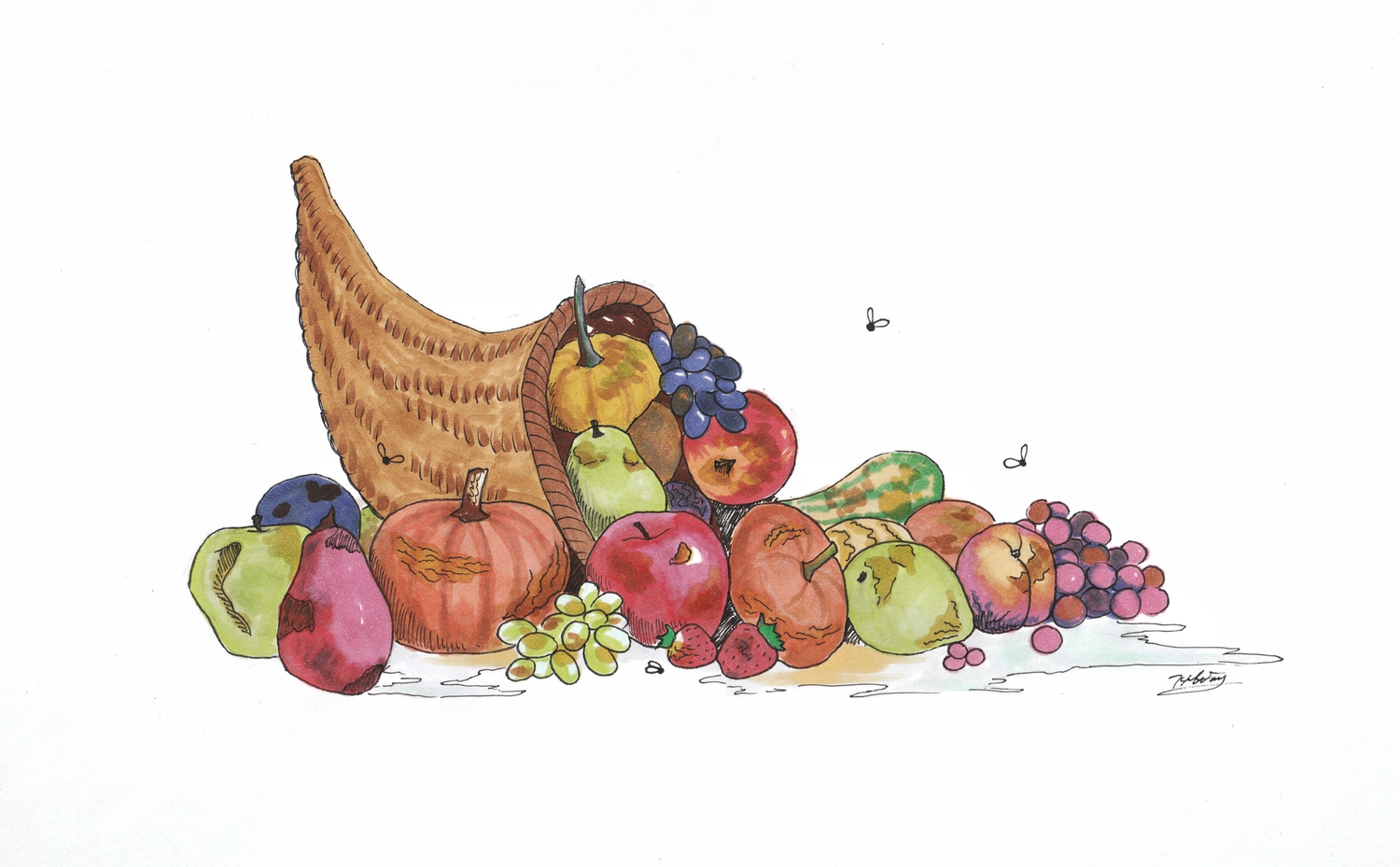 While we celebrated the New Year a month ago, large swaths of Australia were on fire. This, just like superstorms and melting glaciers, is caused by climate change. The environment as we know it is falling apart, and it’s our fault.

A large part of the strain we’re placing on the earth comes down to the food we eat. When I was younger, I spent a lot of time in New York’s Hudson Valley, which is filled with organic farms. This was the vision of agriculture that I was fed: small family farms, rolling green pastures, happy cows. Unfortunately, for the most part, that image isn’t real.

The food system is an industrial behemoth; pigs and cows, for example, are mostly raised in giant contained animal feeding operations, not in grassy fields. The scale of this industry has consequences; it’s been estimated that 14.5 percent of our greenhouse gas emissions come from raising livestock alone. Given this, it’s easy to think that opting out of livestock is the best way to save the planet. Eating ethically, however, requires more thought than you might initially think.

I became a vegan because of climate change; one of the easiest ways to reduce my carbon footprint, I figured, was to change what I ate. Technically, you don’t have to be a vegan to eat sustainably. If you would like to do so, plenty of scientific organizations and national governments have issued guidelines for the amounts and varieties of dairy and meat acceptable to eat on a daily basis. Personally, as a college student, veganism was just easier.

However, veganism is not without its own moral quandaries. A few weeks ago, a video of migrant workers harvesting radishes made the rounds on Twitter, captioned, “heres your reminder that going vegan isn’t cruelty free.” It’s estimated that there are between 1.5 and two million farmworkers in the United States; up to 70 percent of them may be undocumented. Because of their immigration status, these workers are subject to physical, sexual, and economic exploitation; they work in conditions arguably nearing slavery.

Recently, a friend pointedly commented — as I was eating a quinoa salad — that the American demand for quinoa is hurting the communities where the plant is harvested. He was right; quinoa lovers have contributed to a sharp price increase in Peru and Bolivia, keeping it out of reach for the people who once considered it a staple and inadvertently forcing them to eat much less nutritious food instead. The increase in demand for quinoa and other vegan staples also has environmental costs; growing enough to meet demand has caused farmers to resort to unsustainable practices, destroying the local environment.

The list goes on and on; avocados, bananas, tofu, and almonds, among others, are associated with environmental damage and human exploitation. If I were to ignore these things, I would be missing the point of my dietary choices. Mitigating climate change is important to me because of its human impact. Veganism is not the point; limiting suffering is.

Still, given the system we live in, I’m not sure that we can eat a truly ethical diet. This is not a cop-out; it’s actually a profound source of guilt. Around a year ago, before I went vegan, I was asked to help kill a lamb for a barbecue. This was at a small, ostensibly sustainable farm. Part of the reason I agreed was that I believe, in general, a closer connection to the things we eat leads to less of an environmental impact.

But, it is not possible to do this in industrial American society (unless, I guess, you’re Mark Zuckerburg). My mother’s parents actually did live that way — they grew up on small farms in the American south where they harvested or killed virtually all the produce and livestock they ate. Today, that land, if it is being used for farming at all, is probably owned by agricultural giants.

So, it might be impossible in our society to get our food in a way that is truly moral. However, it strikes me that perhaps being perfect is not the point. This is not to accept what is blatantly unjust; it’s simply an admission that, as individual consumers, we are limited in the choices we have over what we consume. This doesn’t mean that we have no power at all — we can demand better treatment of farmworkers and support farmers who treat the earth and their workers well.

I became a vegan because I thought it would be the best way to eat more ethically; it turns out that our food choices are much more complicated. Still, I think the struggle is worth it. Given the choice between doing nothing and doing something, no matter how small, I will always choose the latter.