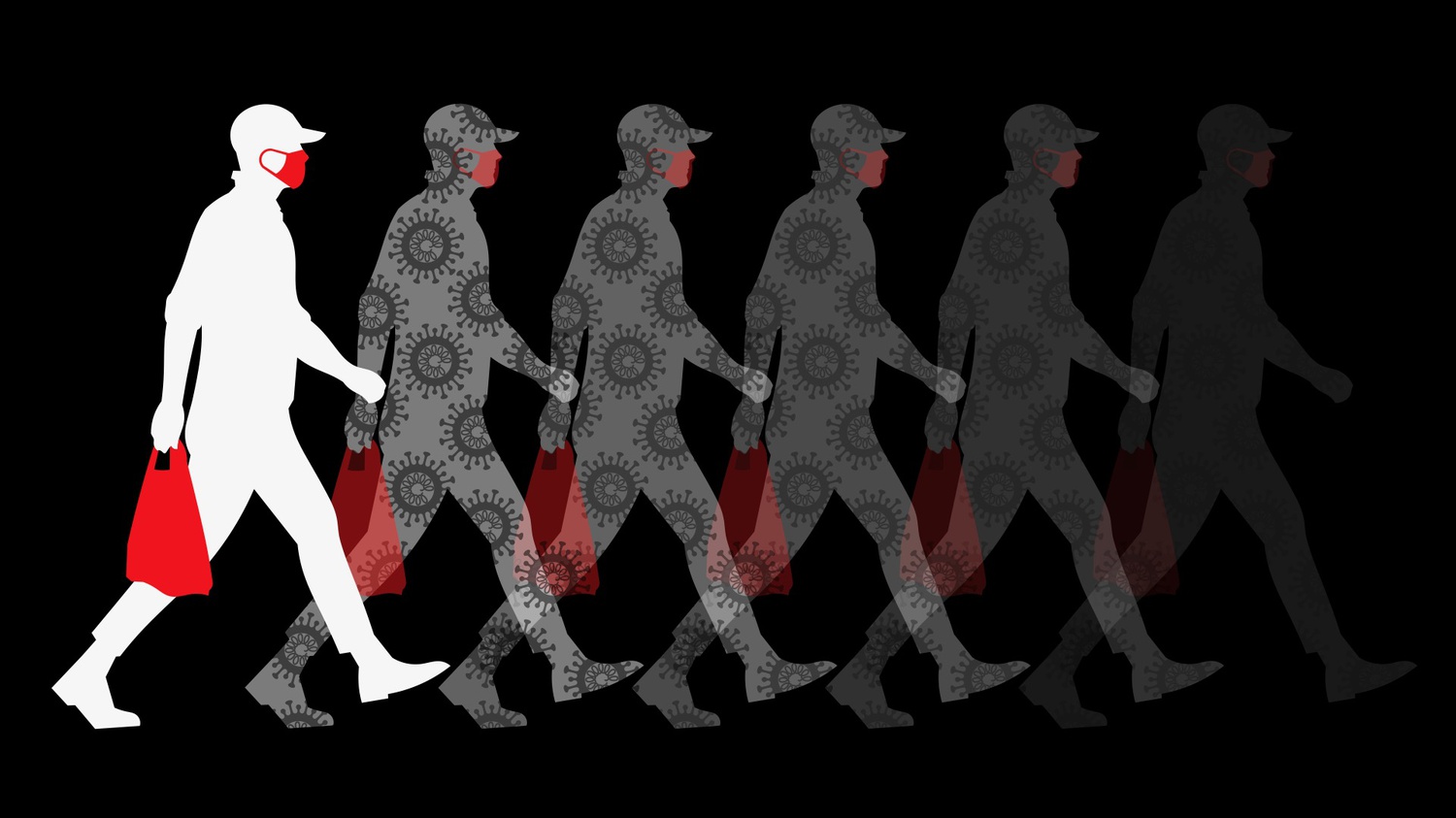 Lately, my hometown has started to feel like a tinderbox.

Maybe this isn’t that surprising. I live in Westchester County, New York, which currently has a higher per capita rate of infection than New York City. Practically, this means that most of us know someone who has died from coronavirus; many have lost multiple people. Based on predictions for the pandemic, there will only be more to come. So, predictably, we’re all a little on edge.

Still, sometimes it feels like we’re on the brink of falling apart. Everyday interactions have become tense; the threat of the virus has stripped away many semblances of civility. Recently, in a twist straight out of Arthur Miller’s “The Crucible”, a faction of the town has taken to blaming supermarket workers for coronavirus transmissions in the area. According to them, the carelessness of the cashiers is spreading the virus.

In fact, it’s probably true that food service workers are at higher risk of developing coronavirus than other groups. But that’s because they can’t work from home, not because they’re reckless or irresponsible. In such jobs, social distancing becomes functionally impossible. It’s worth remembering that as long as we have to eat, there will be people, often poor and non-white, who risk their lives to feed us.

This dynamic isn’t new. Plagues tend to hit the poor hardest, because unlike the wealthy, the poor can’t isolate. Today, poor people of color disproportionately do the kind of low-paying labor that is impossible to move online — as a result, people from these groups are dying at disturbingly high rates.

As of late, I’ve seen a number of news articles on the catastrophic impact of coronavirus on low-income communities of color. I wonder, though, if the media narrative is making it clear why these disparities exist. Without sufficient explanation of systemic racism, we might simply be left with a nebulous feeling that black and brown people have a greater risk of getting the virus. It’s a recipe for scapegoating. Instead of challenging the inequality that leads to higher rates of infection in specific communities, entire racial demographics might be blamed for the virus.

Case in point: a few days ago, a former classmate of mine, who is black, was told by a complete stranger to make sure that he wore a mask. The stranger, who was white, thought that because he was black, he was more genetically disposed to catching coronavirus.

There are a lot of reasons why poor people of color have disproportionately high rates of infection, many having to do with historic failures of the medical system. A very immediate cause, though, is that these people are being asked to do the work that nobody else wants to do. When sites of infection are mapped, this becomes particularly stark. In Boston, for example, the workforces of majority-minority neighborhoods are mostly made up of essential workers. These neighborhoods also have the highest rates of infection in the city.

Essential workers and people of color aren’t vectors of disease; they’re just on the losing end of a deeply unequal system. Ironically, the people blaming them for spreading coronavirus benefit from the fact that their “essential” work puts them in close proximity to the virus. Effectively, essential workers have become a kind of human shield.

Compounding this problem, many of these workers have very few protections from the virus. Throughout the country, food workers have been striking over low pay and lack of safety protections. Moreover, the government has paid a startling lack of attention to these workers; the Center for Disease Control recently issued guidelines allowing them to go back to work after potential coronavirus exposure. Failing to take the health of food workers seriously is a disaster waiting to happen for already vulnerable communities — one that we’re already seeing the beginnings of.

If you have enough money, you can bypass workers at the grocery store entirely by ordering online instead. Meanwhile, the people delivering your food might be underpaid, at higher risk of developing the virus, and lacking adequate healthcare. If you’re lucky enough to work inside your home, the least you could do is say thank you to people who can’t.