During the Pandemic, Who Will Go Hungry? 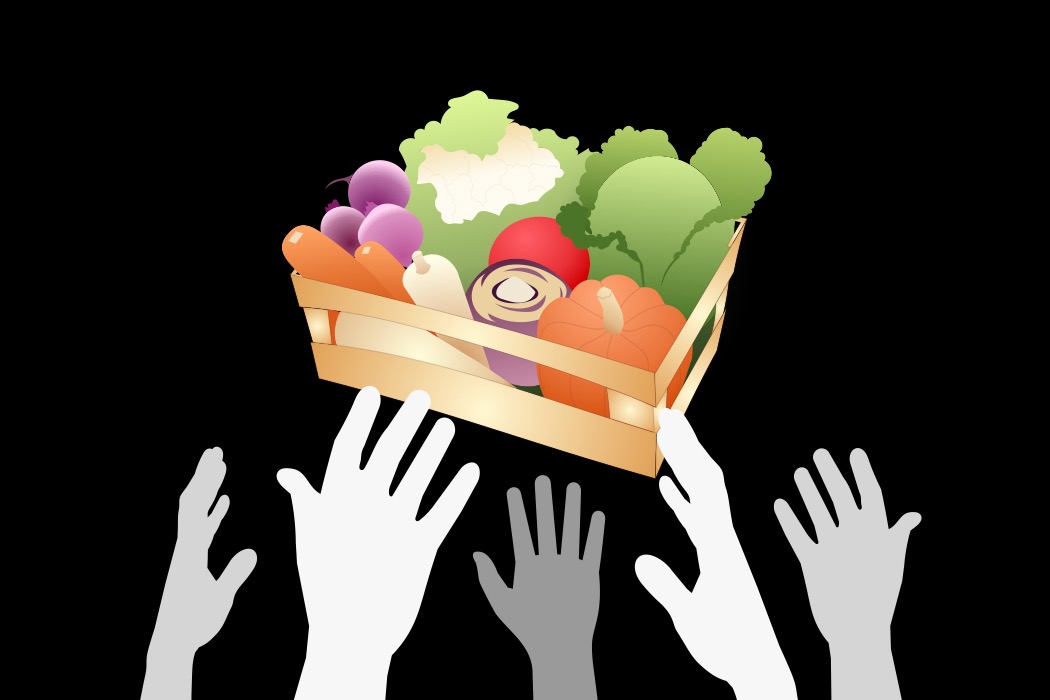 Maybe you’ve noticed that grocery stores have been a lot emptier recently. The looming threat of coronavirus has caused Americans to clear out supermarket shelves, hoarding massive quantities of food, toilet paper, and other household goods. Combine fear over potential supply chain disruptions and a healthy dose of herd mentality — as in, “If everybody’s buying food, will there be any left for me?” — and it shouldn’t be surprising that it’s getting hard to find peanut butter with consistency.

These concerns are actually valid. American farmers are facing an unprecedented loss of labor, and we import a lot of our food, like Vietnamese rice, from countries no longer sending their food abroad. However, there is no sign that we will actually run out of food. In fact, if the level of food waste in this country is any indication, we’ve always had more food than we can consume. Americans will not starve in this crisis — so long as they are wealthy enough. While Americans with sufficient means buy up flour and beans, those with less are facing an extended period of hunger.

For a developed country, the United States has a massive hunger problem, which has largely been allowed to fester. Under normal circumstances, an estimated 40 million U.S. residents are food insecure, including one in every seven households with children. Currently, the Supplemental Nutrition Access Program, colloquially known as “food stamps,” serves 45 million Americans. This program has suffered cuts in recent years, and now averages about $4.15 in assistance per person per day. SNAP-dependence is so restrictive that entire food groups, particularly fruits and vegetables, can be unaffordable.

In the past, we have assumed that a combination of SNAP and charitable programs will meet the needs of the impoverished. In reality, however, this system was already failing millions of Americans. A pandemic will only destabilize it further, leading to potentially disastrous consequences.

Unemployment during the coronavirus pandemic has soared, and there is no indication that this trend will stop soon. Many experts estimate that it has already reached 13 percent and might rise to as high as 32 percent — higher than the unemployment peak of the Great Depression. Moreover, the people being laid off are disproportionately those in low-paying, service jobs — precisely those for whom even a relatively marginal loss of income is significant.

These mass layoffs will obviously impact the ability of the poorest Americans to feed themselves. A Feeding America study found that a 7.6 percent increase in unemployment and four percent increase in poverty would leave 17.1 million more people with food insecurity. We are now facing an increase in unemployment potentially four times that. In the coming months, tens of millions more Americans will likely struggle to feed themselves.

Unfortunately, SNAP and food banks might not cover such gaps in income. The latest coronavirus relief bill, which became law, includes some increased funding for SNAP, but many experts warn that given the circumstances, it won’t be enough to keep poor Americans fed. Many food pantries have shut down due to fears about the virus, and pantries that remain open are running low on food, at least partially a result of hoarding. Compounding this situation, the price of food could rise in the coming months as the supply of food decreases.

This will be particularly difficult for children and the elderly. They are already more likely to go hungry than other groups, and the supplementary aid they receive is directly threatened by this pandemic. Millions of children across the country rely on their schools, which are now closing, for meals. Though some school districts have found ways to get food to low-income students, this isn’t the case everywhere. Meanwhile, the elderly often need assistance to go to the grocery store, and may have gotten free meals from senior centers. Those vital social interactions are now potentially deadly.

I think it should be striking that the people who are most likely to die of COVID-19 are also those left most vulnerable in other ways. Crises often exacerbate existing inequalities, and this is no exception. Pandemics might also make class disparities even more severe than a typical economic recession otherwise would. Being sick affects your ability to work, which, in this country, also means it affects your access to healthcare. Thus, the poor are typically sicker, and also more likely to become sick.

Fortunately, there are ways to help. This CNN article, for example, has a list of organizations to which you can donate food or money, if you have the means. Still, we shouldn’t forget the larger lessons this pandemic teaches us. Hunger in this country is optional; we could eliminate it if we had the will. Ultimately, we should choose to make sure that everyone in this country is fed.