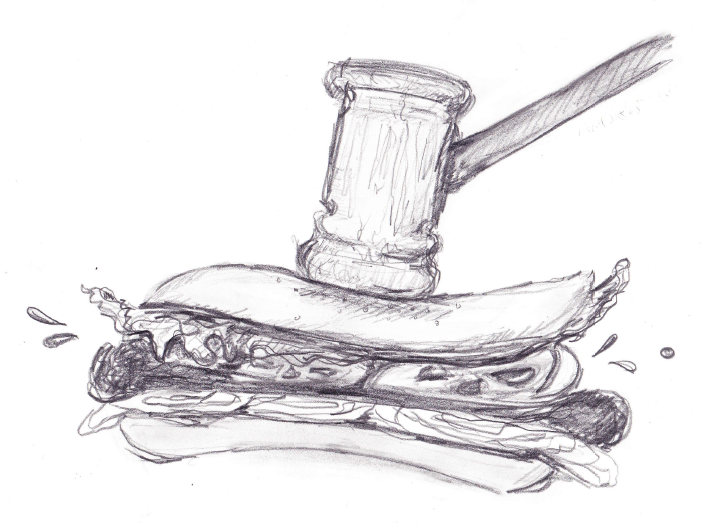 There was a time when Alzheimer’s was considered a genetic disease, one that mainly affected families with a history of Alzheimer’s and only rarely appeared outside this genetic chain. If someone was diagnosed, his family was forced to accept the unfortunate fate as a happenstance outside of their control, similar to that of unexpected cancers or severe, traumatic accidents. However, like many other diseases rampant in today’s society, Alzheimer’s has recently been linked to the unhealthy American diet and fallen into the obesity bandwagon, labeled type 3 diabetes by Brown University neuropathologist Suzanne De La Monte. Her research indicates the main cause of Alzheimer’s is the brain’s inability to use insulin properly for normal brain activity; hence, the diabetes label. Both type 1 and type 2 diabetes share an analogous inability. The negative effect high sugar foods have on our physical existence is well understood, but according to this research, these same foods could even affect our future cognitive functionality.

Though the research is clearly compelling, it leaves us with more questions than solutions. Several government policies have already surfaced to mitigate high sugar consumption, only to be immediately criticized with public disapproval. New York Mayor Michael Bloomberg’s highly debated “soda ban” that mandated restaurants only serve up to a certain size of soft drink was accused of being discriminatory and proto-Big Brother. Similarly, Michelle Obama’s 2010 federal school lunch initiative barred certain foods or rationed others and forced an 850-calorie limit. Like many of its ancestral reforms, there has been more evidence supporting the repeal of these regulations than their continuation.

Laws restricting people’s diets are ineffective because they attempt to solve the obesity epidemic with umbrella solutions. Obesity is a highly individualized issue. It isn’t something that can be solved by forcing people to practice self-restraint, because the disease has many contributing factors. And because these rules challenge one’s autonomy—a right to choose what to eat—people tend to focus on whether they feel their personal rights are being violated and not on whether their health is actually being improved. The laws may provide a necessarily severe first step toward ending obesity, but they fall short in actually providing a sustainable solution.

Consider Michelle Obama’s lunch campaign. One major complaint was that some children were hungry at school because their lunches did not provide enough fuel for the day. The students were sluggish, affecting overall school performance, and their metabolism slowed, leading to further health complications. Many parents also started packing lunches, sending sugary juices and fatty snacks off with their kids, simply because they did not know the health risks associated with these common foods or because they could not afford the more expensive, healthier options. While in theory the school lunch program seemed like an easy solution to force children to eat healthier, it instead complicated the issue.

One way to improve current legislation is to point the finger on who is actually to blame. Bloomberg and Obama punish sources by preventing restaurants and school cafeterias from providing unhealthy foods, but they should focus on people who decide to eat these foods in the first place. Enacting laws that provide more options will encourage people to change their lifestyles and result in life-long dietary changes that could last for generations.

NBC’s Biggest Loser opens its newest season by highlighting the influence adults have on children’s health, featuring children for the first time as “contestants” in hopes of inciting viewers to persuade their own children to stay active. Current health legislation and initiatives do not encourage people to take responsibility for their unhealthy decisions and make personal efforts to change their habits. The law should not restrict unhealthy foods but instead make healthy foods more easily accessible, by providing subsidies for healthier food options or implementing taxes on unhealthy foods, for example. With the current restrictions, people are encouraged to overcompensate in other unhealthy areas that are currently not restricted—the natural human reaction to want what they cannot have. This does nothing to help solve our gluttony problem.

Research, laws, and TV shows that highlight the dangerous effects of unhealthy diets have all played an important role in ending obesity by increasing awareness of what could easily be an ignorable disease. However, using impersonal laws to restrict the foods available to Americans is ineffective and inefficient: People waste time attempting to protest the mandates instead of thinking of better solutions. There might not be a winning solution to the obesity problem yet, but until a cure surfaces, Americans must be mindful of what they eat and realize that getting healthier is at least partly a personal choice. Legislation must then do its part to provide healthier options to those that might not be able to afford them and provide individual solutions to keep people healthy. Until we choose to simply have our cake and not eat it too, there is little hope that any solution could end the obesity epidemic.

Gina Yu ’13, a Crimson editorial writer, is a biomedical engineering concentrator in Dunster House. Her column appears on alternate Thursdays.