It’s Getting Harder and Harder to Breathe

Take the prejudice out of lung cancer 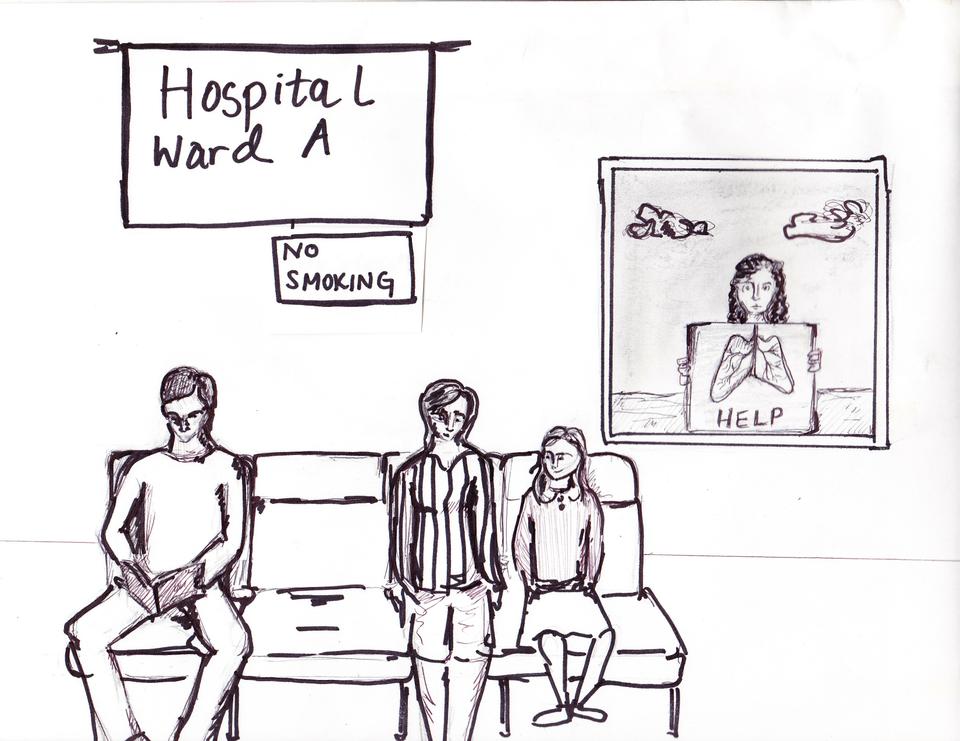 Last year, more than 160,000 Americans died from lung cancer. It was the leading cause of cancerous deaths, and is expected to only increase in both prevalence and incidence over the coming years. Yet ask the average American what he thinks the most common type of cancer is, and lung cancer does not immediately cross his mind. Especially in recent years, propaganda surrounding lung cancer awareness has been stingy; I only learned that November is Lung Cancer Awareness Month—or that lung cancer even had an awareness month—this past year, after a friend’s recommendation to read a New York Times blog on the subject. What’s most ironic is that when lung cancer began to exceed breast cancer as the leading cancerous killer amongst women, awareness of the disease started to steadily decrease.

Why do we forget such a dangerously persistent killer? Or perhaps a better question would be, is our ignorance by choice? These questions are difficult to answer because they force us to question our moral standing. There’s no denying that given its startling statistics, lung cancer should be recognized first and foremost as an extremely deadly medical disease. But instead of objectively seeing lung cancer for what it is, we form prejudices against the patients of lung cancer and blame them for their circumstances. Thus, we do not sympathize with them as much as we do with victims of the more “attractive” cancers. This in turn affects how much we are willing to help raise awareness to find a cure.

A few decades back, smoking (and thus lung cancer) used to be on everyone’s minds. The 1970s coalitions against cigarette smoking helped increase lung cancer awareness. But since then, the flame has burned out—almost leaving the impression that lung cancer was conquered, and it was time to tackle the next leading cancerous killer. The stigma associated with lung cancer, perhaps generated from media depictions of it as an unattractive disease, could account for why people prefer not to talk about it. Breast cancer, which has the highest funding amongst cancers, generates an image of solidarity and a “sisterhood” amongst survivors—a stark contrast from the imagery associated with lung cancer. Asking for donations for lung cancer research is much more difficult when lung cancer is considered an “ugly” disease.

These donations play on a person’s ethics: How likely is someone to donate to a cause that helps treat people who might be responsible for their own predicament? Inheritance accounts for only 1.7 percent of lung cancers; the rest of the diagnoses result from smoking (which alone accounts for a staggering 80 percent of lung cancer deaths), second-hand smoke, or work conditions. Even government spending on lung cancer is conservative—in 2008, the National Cancer Institute granted almost $13.5 thousand per breast cancer death and only $1.5 thousand per death for lung cancer.

There are other issues working against coalitions to save lung cancer patients besides this subtle “holier than thou” perspective. One such issue is how hopelessly deadly the disease is. While more “popular” cancers like breast cancer can rely on survivors to inspire hope, lung cancer is so deadly that survival is scarce. It has a 16 percent five-year survival rate as opposed to breast cancer’s 90 percent. Trying to find a sustainable cure for such a lethal disease seems futile. Why not donate to causes that might actually make a difference, the reasoning goes. This attitude solidifies the pessimistic image surrounding lung cancer, which in turn affects how media chooses to depict lung cancer and prolongs the never-ending cycle of continuous ignorance against the disease.

Focusing on why people are diagnosed with lung cancer deters people from realizing the sheer severity of this disease. Instead, we need to focus our attention on the facts: Lung cancer is the leading cancerous death in America, its prevalence has steadily increased and is estimated to increase even more in the coming years, and it receives much less government funding than would be expected for such a dangerous disease. After absorbing these facts, we need to take action. More money needs to go into researching early detection strategies, many of which have already proven to be very promising.

Considering how far science has come in understanding cancer and potentially finding a cure, one would hope our attitudes towards lung cancer would also advance to a less critical perspective. But our prejudices against the disease are still alarmingly backwards. This might not necessarily be our fault—the way media depicts the disease tends to influence how we view it—but that does not mean we should continue what is clearly morally wrong discrimination against people with lung cancer. Let’s make the effort to “race for a cure” for this deadly disease so we can finally breath a sigh of relief that its on its way towards eradication.

Gina Yu ’13, a Crimson editorial writer, is a biomedical engineering concentrator in Dunster House. Her column appears on alternate Thursdays.