COLUMN: Ivy League Parity is Back 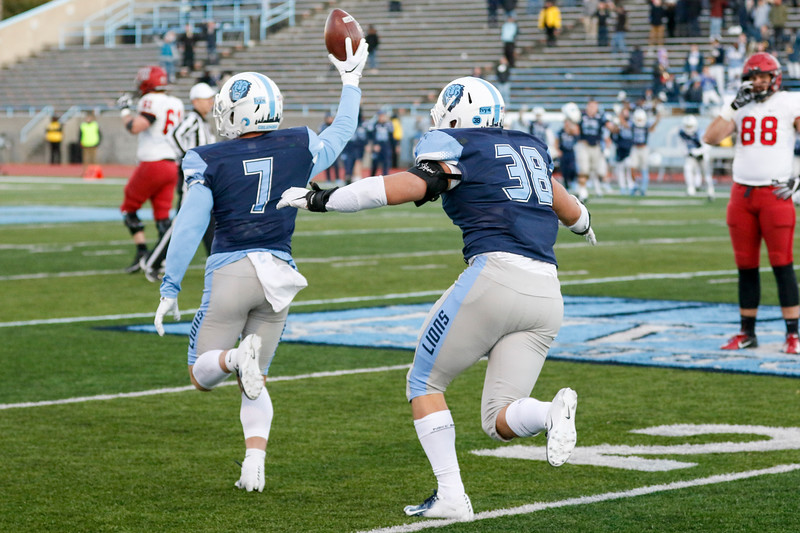 Columbia's recent overtime victory over Harvard is the latest in a series of developments in the return of Ivy League parity. By Timothy R. O'Meara
By Joseph W. Minatel, Crimson Staff Writer

Parity is a classic buzzword when describing Ivy League football. Whether you have been a head coach in the league for 26 seasons or an Ancient Eight sports reporter for three years, you have heard the word parity used to describe the conference. “Anyone can beat anybody,” we constantly claim. Do I continue to say this so that I can justify any missed picks in my Around the Ivies columns? Perhaps. Am I writing this column so that I can further justify any missed picks from my co-writers and myself in the future? Also possible. Maybe we are scared that we are going to lose our touch.

Recently, this parity talk has been mostly lip service. Princeton rattled off an impressive 17 straight wins. Dartmouth had only lost one game in nearly two years, and its loss came at the hands of Princeton. The middle teams were extremely middling, and a loss meant you were well out of the running for teams hoping to lose less than four games. And Brown was, well, Brown.

But as Bob Dylan once mumbled through a song, “the times they are a-changin.’” While Brown continues to do much of the same, many teams are feeling the switching tide. The mighty mighty Tigers have finally fallen, and we will likely have a new champion once again. The Big Green has seemingly taken the throne as the new leaders. Middling teams are battling it out. As recent results have shown, Ivy League parity is back.

Anyone who has been paying attention to recent conference play can see that the parity is back in the Ancient Eight. We are seeing crazy blowouts followed by nail-biting classics. Princeton had not previously lost since 2017, and this past week they lost by three possessions. Games between Penn, Brown, and Cornell have been barn-burning matchups coming down to the wire each week. In the three games between these teams, the victorious squad has won by only two or less points.

For Harvard, a close loss on the road at the Tigers left hope for the future. A defensive battle against Dartmouth gave the Crimson an opening for a share at the Ivy League title. This is where Ivy League parity struck in classic chaotic fashion. Harvard was a mere six seconds away from an improbable victory and a great chance at a shared Ivy League title, assuming Dartmouth could defeat Princeton and the Crimson could win out against lesser teams than the Big Green. One Hail Mary later, Harvard found itself fighting for a hopeful two-loss conference season to stay near the top of an Ivy League race that was likely lost. One week later, the worst offense in the Ancient Eight topped the Crimson in overtime and Harvard will now need to win out in order to finish in the top half of the league.

As a History concentrator, I have little time for numbers. But as a sports fan, I love statistics. Taking a look at the recent box scores of the Ivy League and completely throwing out actual reliable statistical analysis, we can arbitrarily prove the return of parity to the Ancient Eight without actual mathematical principles. This season, Yale was pummeled 42-10 by Dartmouth. The Bulldogs were picked as the preseason favorite to take home the crown, yet seemed to be underperforming by sneaking by in tight victories and showing they do not belong with a big dog such as the Big Green Defensive MachineTM. Yale barely topped a struggling Penn, winning 46-41 thanks to its offense. This Penn team was crushed by a struggling Columbia, 44-6, yet the Bulldogs wailed on the Lions in an easy 45-10 victory. For a Harvard team that played Dartmouth to the final whistle, Columbia was seen by many as a speed bump on the Crimson schedule. An overtime loss later, Harvard was left scratching its head.

What does all this mean? Technically speaking, the transitive property is not a scientific way to look at the performance of sports teams. But I can tell you won thing: In any given week, do not count a single team out. This is the league of parity, and as long as you are not named Brown, you should never feel like you are out of a game. This league is all about chaos, and after a few years of dominating superpowers and underforming bottom-feeders, the Ancient Eight is chaotic once again. Ivy League parity is back and better than ever.