The Right to Demand a Haircut 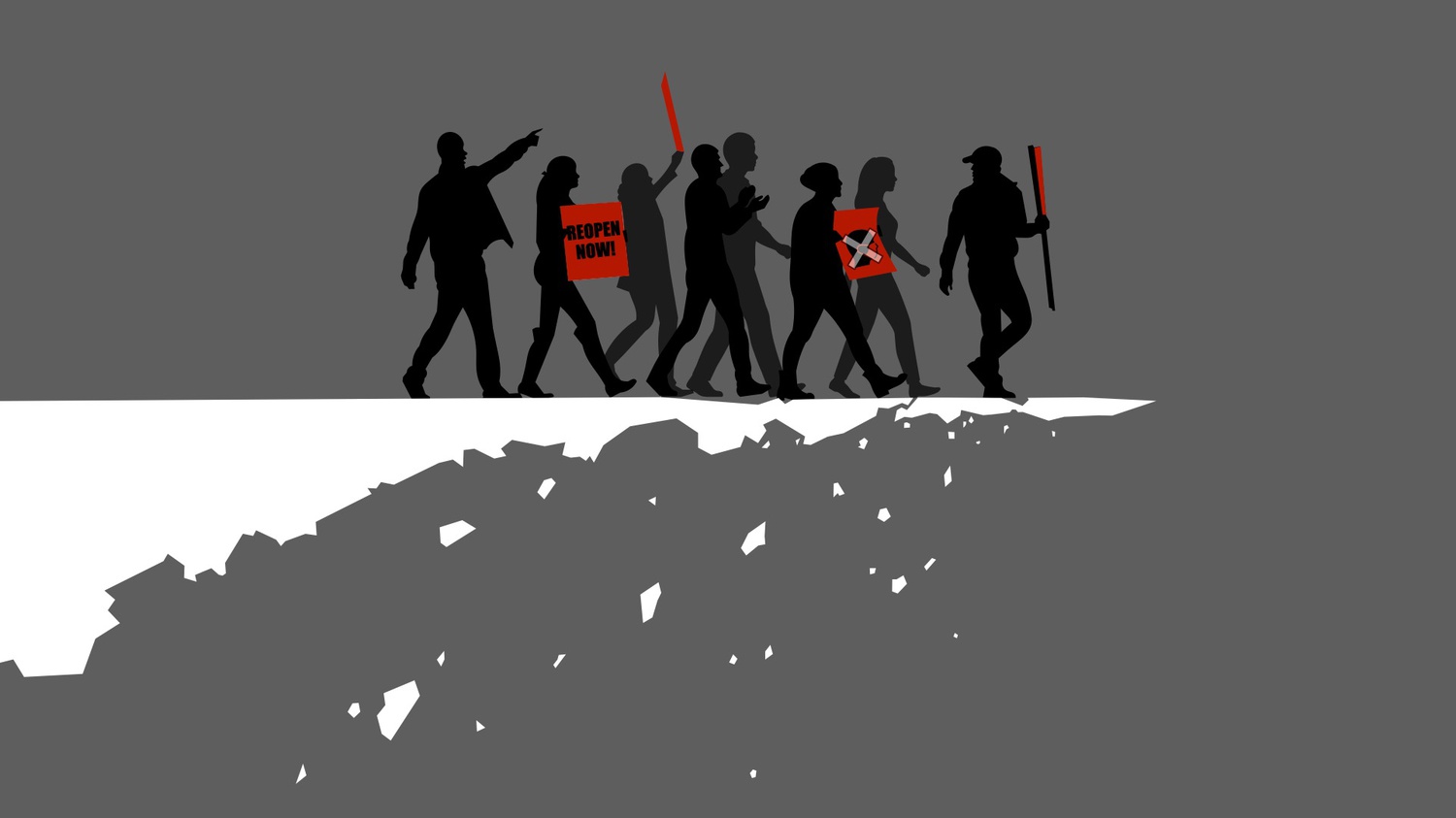 What to make of the “liberate” protests? Hundreds of people gathering in objection to state stay-at-home orders. For some, they epitomize what is wrong with America. Encouraged by the forty-fifth president, a critical mass of people (“critical” describing the danger of their thought, not its process) acted not only to the extreme detriment of the common good, but their own good as well. Yet catastrophe is no excuse for catastrophizing. Within these “liberate” protests I see what is best about American democracy — the right for the individual to be completely wrong about what is good for themselves and for the community.

To understand the particular strengths of democracy, it is important to compare it to the other form of government which is predominant today — authoritarianism. And especially in the era of the coronavirus, when comparisons between the responses of different governments are rife, it makes sense to specifically compare the superpower standard-bearers of each system — the United States and China, respectively.

But first, a brief discussion of the theoretical differences between the two. The key distinction between an authoritarian regime and a democratic one is how the common good is identified — whether by approximation or determination. Authoritarianism’s appeal is that a few individuals can know the common good better and faster than the people as a whole can determine it.

In practice, authoritarianism in China is effected through the principle of “democratic centralism.” Decision-making is centralized within the party elites, where a few competing factions broker a consensus which is then carried out through the party ranks. Crucially, democratic centralism prohibits significant dissent, whether from the people or the party, once the consensus has been formed. If the deliberation of the few has produced the best approximation of the common good, dissent only serves to detract from its efficacy.

Within Chinese politics, the result of this governing dynamic creates two interlocking pressures. First, there is a constant and urgent need for the leading members of the party to be correct in their assessment of the common good. Leaders cannot afford to be wrong in their judgment of the common good otherwise they themselves will be replaced. Second, to this end, the state puts pressure on the people. Consider that in Chinese “right” and “power” are denoted by the same character “权”. Because the rights of citizens would create limitations on the party’s ability to achieve its vision of the common good, authoritarianism seeks to suppress the people’s exercise of their individual interests unless it promotes the vision the regime endorses.

If authoritarianism tends toward the erosion of rights in favor of the common good, democracy — and especially American democracy — begins with the ideal of certain inalienable rights. Government is instituted by the people for the protection of these rights. Therefore, because the people define the common good themselves, the common good is the aggregate of each person’s interests and ideas. Certainly, some people’s interests are weighted more than others. But neither Citizens United, the Electoral College, nor even the Senate makes the U.S. a government of the few.

Similarly, to call the framers of the Constitution anti-populist is too limited. The framers disliked anybody who claimed that they knew exactly what the common good was, whether they were corrupt, out of touch politicians in Great Britain or local demagogues. The very system of federalism is a monument to narrow self-interest or at least a deep skepticism of an absolute common good.

Like in China, American politics involves a contest of competing interests and conceptions of the common good. However, not only is the decision-making process open to all, the contest doesn’t end once a consensus has been reached or even if one party holds both the presidency and the legislature. If the concern of the dominant figures in the Chinese Communist Party is consistently getting the right thing done, the concern for American politics is consistently getting anything done. The existence of some sort of opposition to delay, ridicule, and finally protest anything the government attempts to do is the norm for a form of government which prioritizes the group’s guess over the “best” guess, where the group is a collection of individuals with the right to determine their own interest.

President Ronald Reagan had a joke about an exchange between an American and a Russian:

“Look,” said the American, “in my country I can walk into the Oval Office, I can pound the President’s desk, and I can say ‘Mr. President, I don’t like the way you are running our country.’”

The Russian was nonplussed. “I can do that too.”

Authoritarians are going to use “liberate” protests to illustrate why American democracy doesn’t work. Defenders of democracy may as well embrace these protests because you can’t pick and choose rights when they are convenient. For better or for worse, there is no desk pounding in authoritarian regimes.

Eric Yang ’22 is a History concentrator in Leverett House. His column appears on alternate Tuesdays.