How Jurassic Park Got Me to Harvard

“We do not conceive of sudden, radical, irrational change as built into the very fabric of existence. Yet it is.” —Michael Crichton, “Jurassic Park” 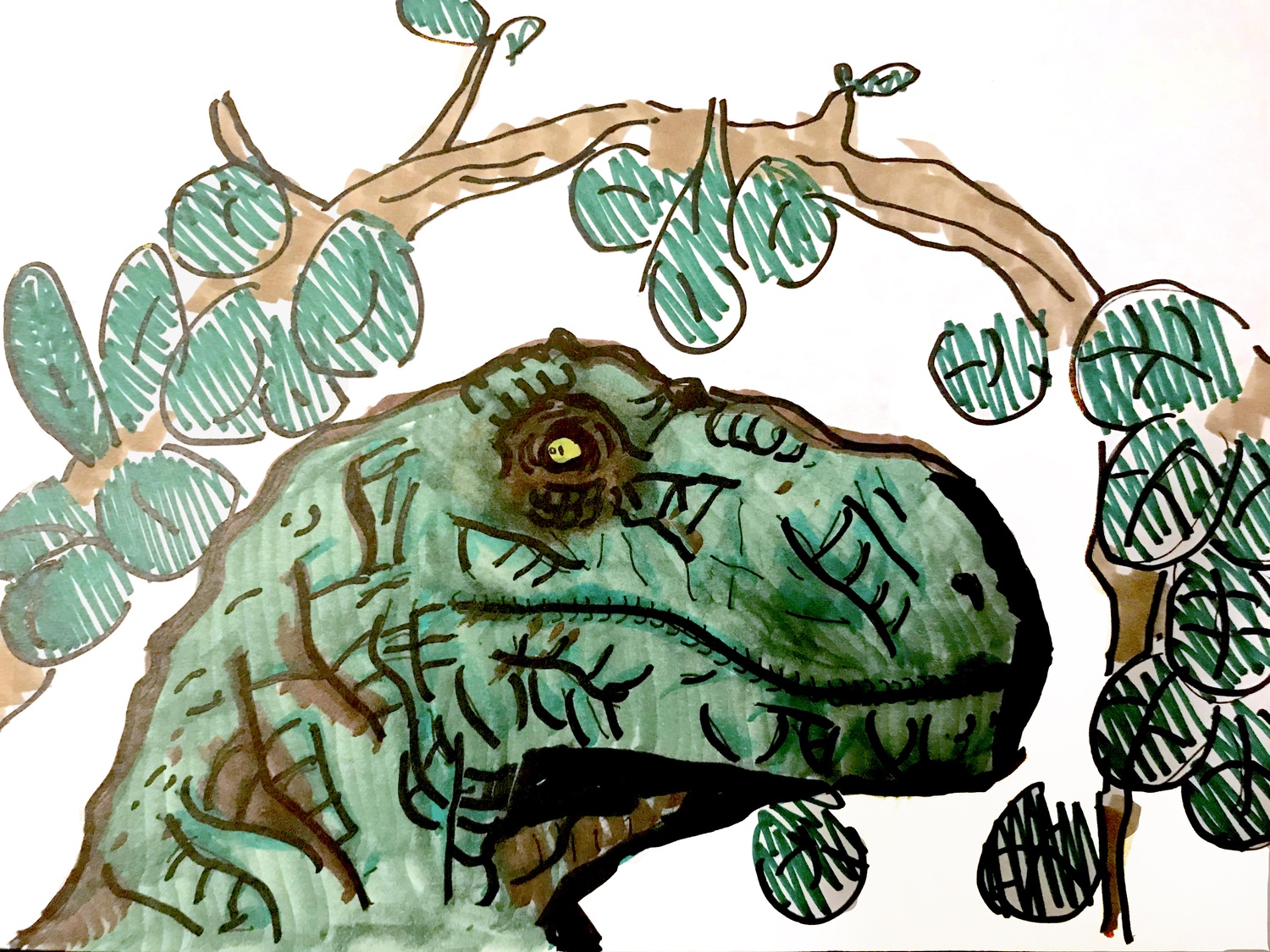 Growing up, one of my tios had a shelf packed with DVDs that was taller than I was for most of my childhood. One afternoon at his house, I watched the 1993 “Jurassic Park” film for the first time. My brother and I loved the animated, talking DNA strand, and we’d burst into giggles every time it came on screen. The filmed intrigued and thrilled us, and for me, was one of my first real obsessions, one that’s been difficult to shake.

One year, I received a box of plastic dinosaurs as a Christmas gift. Slowly, I lost the figures—some were accidently left behind in a park or relative’s house, others handled so often that their paint faded. I discovered the novel the movie was based on and fell madly in love all over again. When I was in high school, I bought a “Jurassic Park” graphic t-shirt that I wore until there were holes around the collar.

Last week, I watched the latest Jurassic Park film with my shirt collar over my mouth and my fingers clenched for most of the film. The thrill I felt more than a decade ago found a new life: a new, genetically engineered raptor trained to kill, an island facing an existential volcanic eruption, and a multimillion dollar network of illegal dinosaur smuggling.

And yet, one of the most shocking surprises in “Jurassic Park: Fallen Kingdom” are the two supporting characters of color who are depicted as real, honest-to-god human beings.

The Jurassic Park series itself has often struggled with issues of representation. Isla Nublar, the setting of Jurassic Park, is a fictional island off the coast of Costa Rica. In one of the opening scenes of the 1993 film, two characters meet in a small, undeveloped beachside town which a subtitle identified as San José, Costa Rica. The only problem is that San José—the nation’s urban capital—is nowhere near an ocean. And though the films take place in Costa Rica, one of the only depictions of Costa Ricans is of them as members of a support crew in the opening scene, one of whom is devoured by a velociraptor.

Thus two characters in the latest film—Zia Rodriguez, who is Latina, and Franklin Webb, who is black—feel like a breath of fresh air. Both are employees at the Dinosaur Protection Group before they embark on a trip to Isla Nublar that goes incredibly wrong. They both bring expertise to the expedition—Zia as a paleo veterinarian able to keep injured dinosaurs alive and Franklin as a computer whiz who revives an abandoned park system. Refreshingly, they are two educated, crafty protagonists who play a central role in the movie’s plot.

Moviegoers are so used to flat black and Latinx characters molded out of nothing more than stereotypes, yet Franklin and Zia are not. For people like me—a Latino boy whose devotion to the Jurassic Park franchise has yet to waver—their inclusion feels like a long-awaited reminder that I exist.

Though perhaps the casting is a minor gesture, it carries more weight because of how white science fiction is. A 2016 report found that less than two percent of science fiction stories published in 2015 were written by black writers. As scholar André M. Carrington puts it, “speculative fiction is just as rooted in white supremacy as any other genre.” Zia and Franklin feel like the beginning to a shift in the overwhelming whiteness of the genre. Science fiction was formative, even though it pretended I didn’t exist.

As a child growing up in an immigrant household, science fiction dictated the trajectory of my life. I devoured books about dinosaurs and created a mental catalogue of their names and time periods, a skill that came in handy during an argument last year about whether or not pterodactyls are taxonomically dinosaurs. (They are not.)

Michael Crichton novels were one of the reasons I came to adore reading and writing. I discovered science fiction by authors of color in college, and it expanded the genre’s capacity to work through some of society’s gravest ills.

Through George C. Wolfe’s “Git on Board,” which presents the transatlantic slave trade as a fantastical plane ride, I learned to grapple with the harrowing legacies of slavery and how they continue to shape black lives. Carmen M. Machado’s short story collection “Her Body and Other Parties: Stories” helped me flesh out what it means to be a queer woman under the weight of patriarchy, such as when women are sewn into dresses to be sold to other women.

Though as a genre it often gets belittled and stripped of its intellectual depth, science fiction is so much more than entertainment. That’s precisely why, in many ways, “Jurassic Park” nursed the intellectual development that landed me at Harvard.

When I saw Zia and Franklin on screen, they told the kid I used to be that I too could be educated, politically-minded, helpful, needed, and incredibly intelligent. The current moment denies women, people of color, queer folk, and many, many others a less-than-full depiction of their humanity. There’s no reason science fiction has to as well.

Science fiction as a whole has been narrow in who and what it represents, and yet it still offered me the intellectual capacity to try understanding the world around me. If we gave young, black, and Latinx science fiction lovers more stories infused with their lived experiences, just imagine the worlds they’d help us build.