A Show of Solidarity: Drag Workshop in Kirkland House 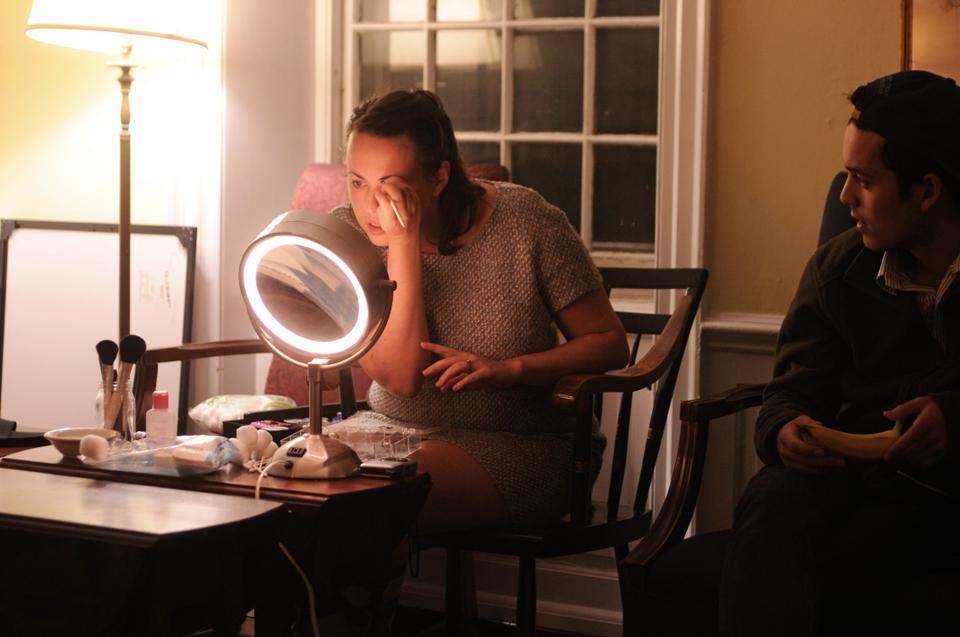 Standing in the Senior Common Room of Kirkland is a woman dressed as a man. It's Kirkland House's drag workshop, and she's going over how to dress like a drag king. Drag is terminology related to cross-dressing, and dressing in drag refers to wearing clothing typically associated with the opposite gender. The workshop, which took place Monday night, consisted of a presentation going over how males might dress as females and vice versa, gender-bending, and various other forms of drag.

For the first time ever, the BGLTS tutors in Kirkland organized a drag workshop as well as a march in drag to Adams house's annual Drag Night. According to the tutors, in 1980, Kirkland was known as the jock house and some Kirkland residents would harass LGBT students, most of who tended to live in Adams. At one low point, a group of Kirkland residents beat up an Adams resident because of his perceived sexuality. As a result, the Adams community decided to show their solidarity and parody the traditional Kirkland House formal by having a drag formal, which still exists today.

The workshop was to give people an idea of how to dress for the parade, which is set to kick off Adams Drag Night this Thursday. Kirkland will parade to Adams in drag and present the house with a giant glittery papier-mâché heart. The parade starts at 8:30 p.m. at Kirkland House.