Caffeine You Can Breathe 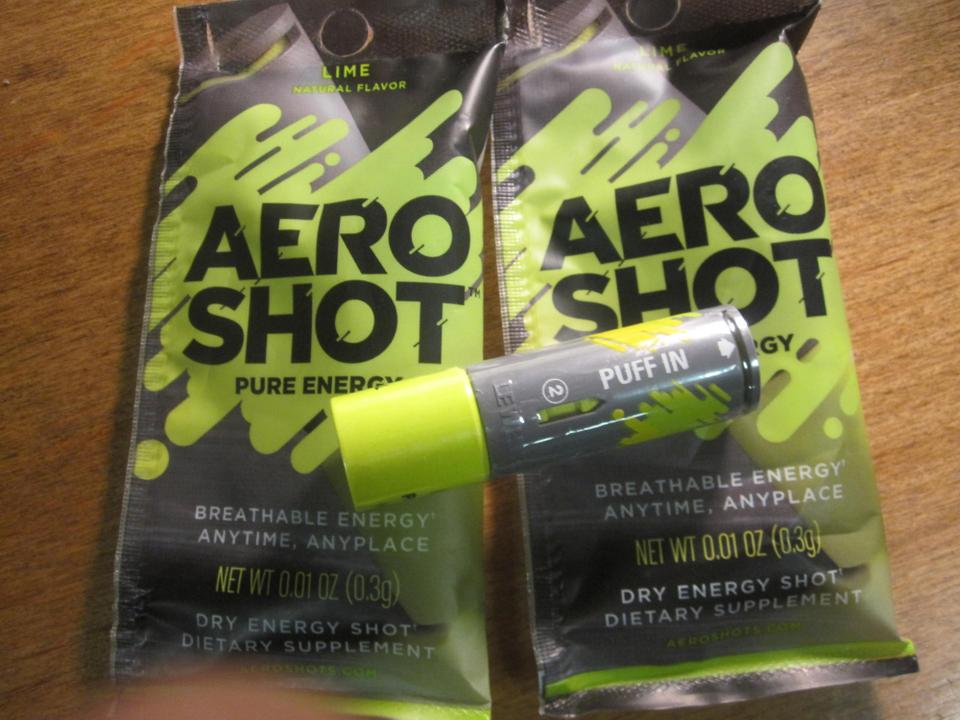 If everything predicted in science fiction came true, by now we'd all be riding around in our personal hovercrafts, vacationing on Mars, and taking a pill instead of eating three meals a day. Biomedical Engineering Professor David A. Edwards' new invention sounds like it's moving us one step closer to the high-tech elimination of food.

It's called the Aeroshot, and it's a caffeine inhaler. To use, you take a puff from the sleek yellow and grey cylinder. An entire tube—6 to 8 puffs' worth—of the lime-flavored breathable powder holds 100 milligrams of caffeine, the equivalent of a large cup of coffee.

Each inhaler's contents contain less than a single calorie. They're easily portable, even compliant with TSA standards. The Aeroshot takes effect faster than your ordinary caffeine sources, since the powder instantly dissolves on the tongue.

Edwards has been working with the idea of aerosolized substances for years now. He started out in in the 1990s with drugs such as inhalable insulin and tuberculosis medication.

Living in Paris and inspired by a new French ban on smoking in public places, Edwards then dreamed up a new idea.

"People really liked the idea of consuming chocolate and coffee as smoke," he said. He soon launched Le Whif, a food-flavored inhaler. Last year, over 400,000 of the novelty product were sold, according to Jon T. Staff V '10, operations manager at Breathable Foods, the company that distributes the existing Le Whif products and the new Aeroshot (and employs a number of former Harvard students).

The Aeroshot will officially launch in January at a price of $2.49 apiece, starting in Boston and New York, Edwards said. If you want to try it now, you can request a free sample at aeroshots.com. The coffee and chocolate flavors sell at Cardullo's for $1.99 each.

If you're concerned about the fate of solid food, don't get too worried. Edwards said that the Aeroshot represents not a replacement for good old coffee and energy drinks, but one more option in a sleep-deprived student's arsenal. He himself still wakes up to three espressos every morning, then uses his inhaler to stay alert the rest of the day.