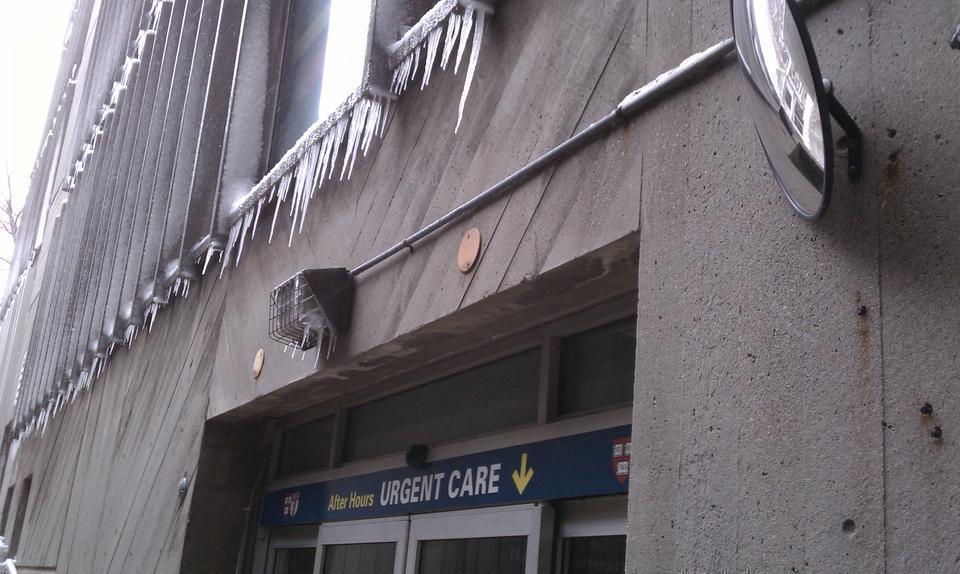 While many around campus have been enjoying the recent rise in temperature, some of the effects of the warm weather have not been quite as positive. In addition to enormous puddles of melted snow, there is now another hazard to consider on your way to class: falling ice.

Leverett House Master and Mallinckrodt Professor of Physics Howard M. Georgi '68 experienced this peril firsthand. His car was damaged when a chunk of ice weighing approximately 20 pounds grazed the side of his car, which was parked on Mill Street, earlier this week.

The slab of ice was dislodged from the roof of the Master’s residence as a result of this week's sudden temperature change. The damage to the car was, for the most part, superficial and included a dented door.

"[It] could have been a lot worse for the car, and we are very thankful that it didn't hit any pedestrians," Georgi wrote in an e-mail.

Efforts are now underway to clear the remaining cars that may potentially be at risk. Several cars around Mill Street have already been moved, and maintenance workers are attempting to remove blocks of ice from nearby roofs, Leverett House Building Manager Paul J. Hegarty wrote in an e-mailed statement.