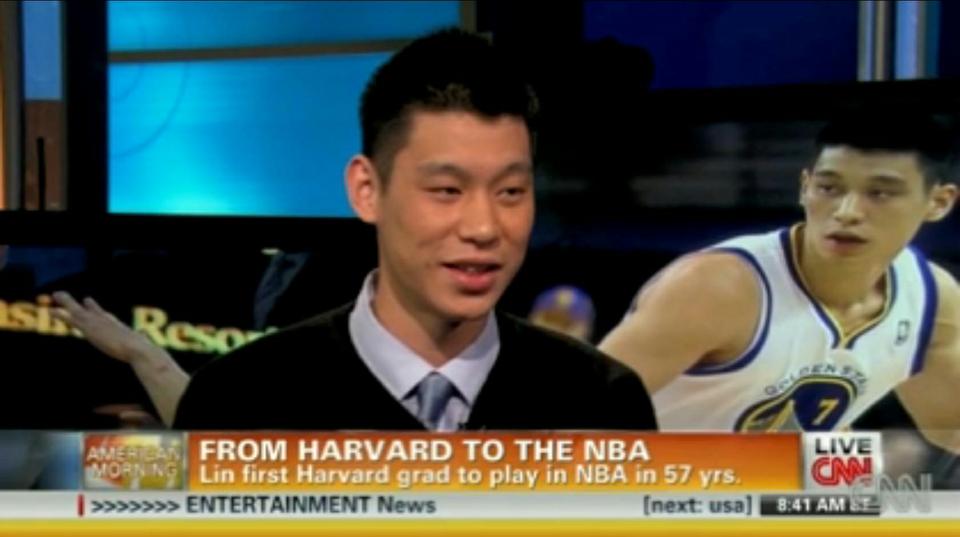 The Harvard's men's basketball team made history earlier this month after winning its first Ivy League championship ever. The team had a chance to clinch a berth to the NCAA tournament last Saturday but lost in heartbreaking fashion to the Princeton Tigers. Now, the team is preparing to play in the National Invitation Tournament.

But outside the gates of Harvard Yard, former Crimson basketball standout, Jeremy Lin '10 is forging ahead on his NBA career and last Thursday was featured on CNN's "American Morning."

Lin, a point guard for the Golden State Warriors, is the first NBA player to have graduated from Harvard in 57 years and also the first Asian-American to play in the NBA in almost 60 years.

During the interview, Lin joked that his teammates make fun of him whenever he doesn't get a question right because of the expectations that come with being a Harvard graduate.

When asked which would look better on his resume in 10 years—his Harvard degree in economics or his stint in the NBA—Lin decided that playing professional basketball would be more impressive, though Lin quickly added that he is very proud of both accomplishments.

Check out the rest of the video to see what else Lin had to say about his time spent with the Golden State Warriors thus far.