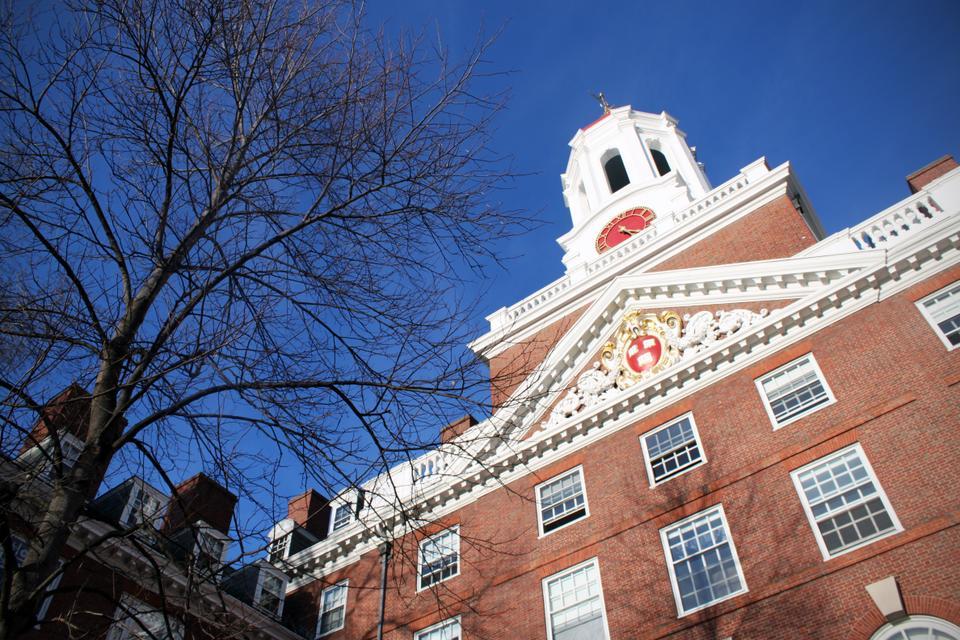 As part of our Housing Market series, we'll be posting reviews and rankings for each of Harvard's 12 residential Houses over the next few days. Click here to read more about the series.

Right along the bank of the Charles River, one of Harvard's most beautiful Houses (on the outside, that is) proudly sits for all to see. No, we're not talking about Eliot. We're talking about Dunster, the former home of Al Gore '69, Tommy Lee Jones '69, Norman K. Mailer '43, and Deval L. Patrick '78. With its striking red tower, excellent dining hall, and, yes, walk-through rooms, Dunster boasts one of the strongest house communities on campus.

Dining Hall: The food, which is as good as mass-produced cafeteria food gets, is consistently the best on campus, and the hall itself is, in a word, stunning. During the holiday season, the enormous Christmas tree (only slightly smaller than the one in Rockefeller Center) is enough to make you wax nostalgic for home, and on any given day, the napkin holders with moose cutouts on either side are delightful. As if grand dark wood paneling and chandeliers weren't enough, the dining halls stays open late for athletes returning from practice and has brain break available all night. The juice machine is turned off on weekends, however. Tsk tsk.

Facilities: Dunster has the following facilities: a television room, a pottery studio, three music rooms, a Junior Common Room, a small dining room, a weight room, a cardio room, an erg room, two laundry rooms, a half volleyball court, a basketball court, and an amazing library with secret rooms and a carpet donated by Al Gore '69, who lived in Dunster House with his roommate Tommy Lee Jones '69. (Well, the library's only amazing when the books aren't chained to the walls, but who reads these days anyway?) Additionally, Dunster has a grille, which is open nightly until 1 a.m. and until 2 a.m. on weekends.

Rooms: Walkthroughs abound, and you know you're in trouble when most residents start gushing about "great river views." So face it, the rooms aren't the best. Guaranteed n housing for sophomores and juniors, but n+1 for seniors.

House Spirit: House spirit is what Dunster does best. Dunster's Happy Hours, held bi-weekly in the Junior Common Room, are so popular that the House has to issue ID stickers to restrict access to any wannabe-Dunsterites that are planning to join in on the fun. There are other events as well. Spring formal—"Beltane"—is held in the courtyard, as is Goat Roast, the annual spring event with a roasted goat, outdoor barbeque, and a giant slip-and-slide.

Location: Far. Okay, it's a nine-minute walk from the Yard, but that's an awfully long time to schlep through the snow or the rain if the weather is anything like it's been this year. The Mather Shuttle is always an option, but there will be moments when the shuttle can't be relied on. Pluses: if you're a runner, the Charles River is right there, and if you can drive, Zipcars for rent are parked right outside the House. Also, Trader Joes is only about 15 minutes away by foot.

Rating: Dunster is clearly a great House, but it's inevitable that a few Houses have to fall into the middle rankings. Because it's just not quite in the top six, Dunster is ranked seventh out of 12.