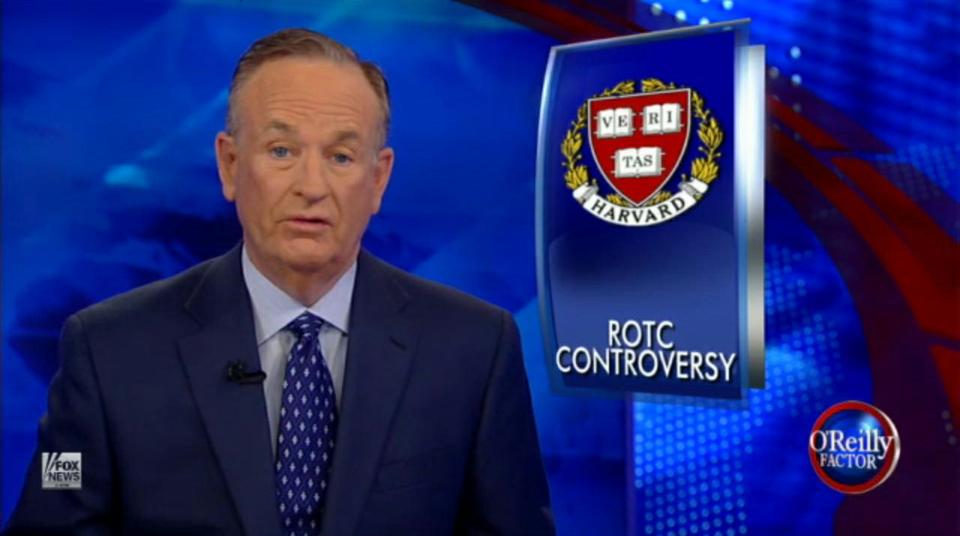 By Courtesy of The O'Reilly Factor

Although Harvard welcomed the Reserve Officers Training Corps back to campus over a month ago, "The O'Reilly Factor" doesn't want to let the issue die.

The program did not to identify the Harvard affiliations of the people they interviewed, but did mention that a bearded man who thinks the CIA crashed planes into the World Trade Center was not a Harvard affiliate. They did not, however, make the same claim about the woman who knew nothing about ROTC, the military, or O'Reilly himself.

The Crimson Editorial Board compiled its own video on ROTC earlier this year, which had quite different takes from Harvard students.

The O'Reilly segment did not mention anything about continued discrimination against transgender people by the military, which has been a major rallying cause for Harvard students opposed to ROTC's return.

Tags
Harvard in the WorldROTC