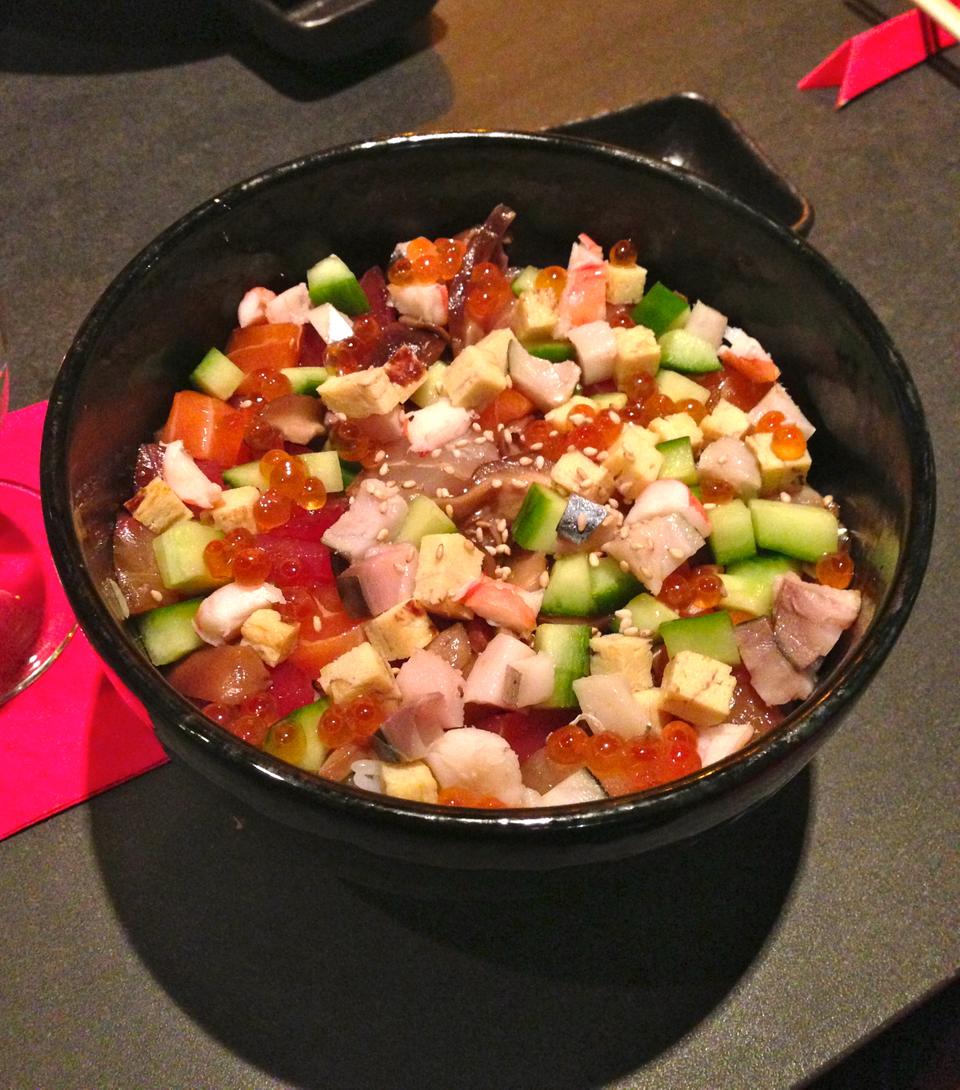 After weeks away for winter break, students trickled back to find warm solace and excitement amidst the frigid weather in Cambridge: new restaurants in Harvard Square! Among them was OSUSHI, a modern Japanese restaurant serving everything from tempura and sushi rolls to the small bites typically served at an Izakaya. OSUSHI, which opened in mid-December, also has a sister establishment at in Boston.

From its expansive menu, the Ramen ($14) and Gomoku Chirashi ($15) offered a balance between warm and cold. The pork broth ramen, topped with pickled daikon, seaweed, boiled egg, and sesame seeds, had two choices of topping: pork belly or mentaiko, also known as marinated pollack roe. The broth of the ramen had coagulated pork fat floating on the surface, which had to be scooped out with a spoon. The noodle was slightly overcooked; instead of being chewy, it melted and disappeared in the mouth. The salty, fishy flavor of the mentaiko was a bit overpowering and did not balance well with the rich pork broth.

The bowl of Gomoku Chirashi contained an assortment of diced pieces of seafood such as tuna, hamachi, saba, and shrimp, as well as tamago (egg), salmon roe, and cucumber over a bed of seasoned sushi rice. It was difficult to taste the texture and freshness of the fish from the finely chopped sashimi, which should have been more thickly cut. Also, the ratio between toppings and rice was a bit skewed.

Although the dining experience at OSUSHI was not stupendous, perhaps a visit to its Copley location will change this reviewer's mind.