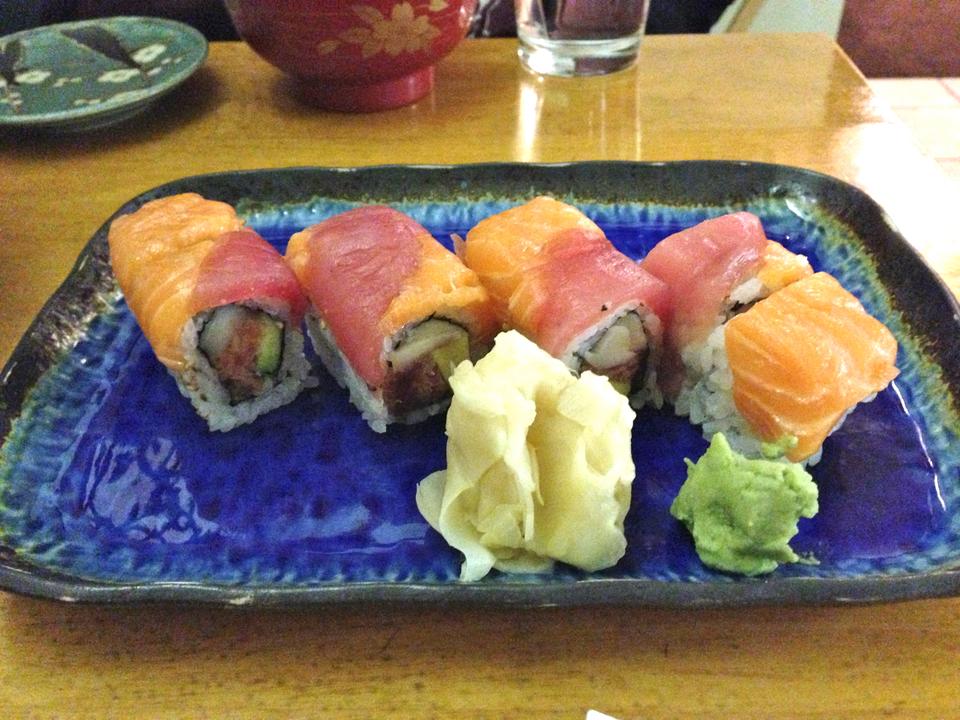 A Spicy Rainbow Roll from Takemura

"I'm too busy" is never a good excuse to skimp on exciting and delicious food escapades. In this new series, explore the culinary scene of Boston and Cambridge with Jane, your Crimson foodie who may be picky, but will still try anything on the plate at least once (except maybe chicken feet).

Getting an authentic taste of Asia in America is a challenge, especially for someone who has lived in an Asian country for most of her life. Takemura, a Japanese-Korean restaurant in Harvard Square, still has some "Americanized" flavors, but it does accomplish the task of satisfying people's cravings for ethnic cuisine.

For an appetizer, Kabocha Nimono ($5.95), or boiled Japanese pumpkin, arouses an appetite for sweet and savory flavors. The naturally sweet pumpkin, diced into three large chunks, is soaked in a slightly watered-down soy sauce.

The Spicy Rainbow Roll ($10.95) is sliced into eight bite-sized pieces. The roll has tuna and salmon on top with white fish and spicy tuna inside. It is certainly not a dish suitable for those who feel squeamish consuming raw fish.

Dol Sot Bi Bim Bap ($15.95), one of Korea's most traditional meals, was a huge disappointment. The dish was supposed to be served in a sizzling stone pot, but instead it came in a lukewarm bowl. The balance between the amount of vegetables and the rice underneath was a bit skewed.

Besides a selection of Korean food and sushi rolls, Takemura also serves tempura, sashimi, and teriyaki.