Zachary Quinto's Eyebrows Are In Town 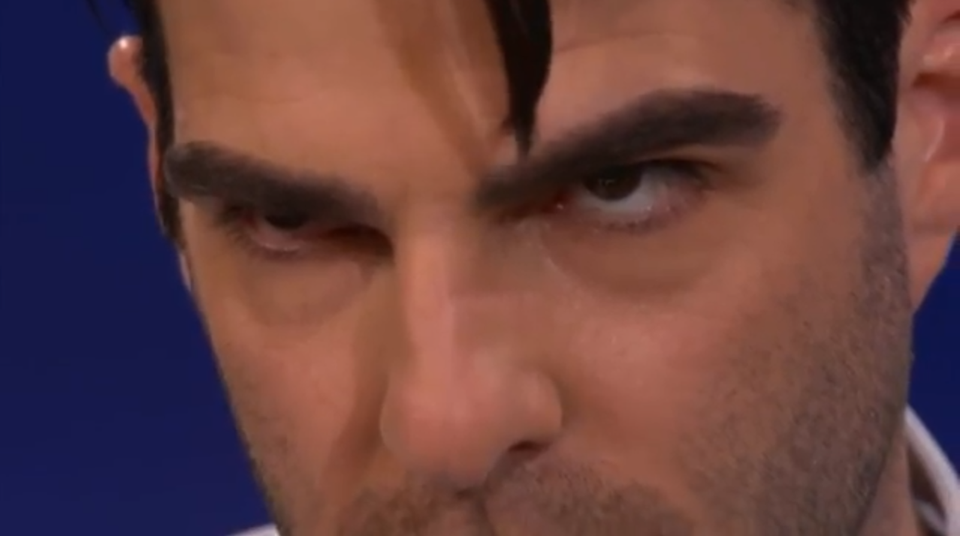 In case you haven't already heard, Zachary Quinto and his eyebrows will be in town for the next few weeks while the actor stars as Tom in the American Reperatory Theater's production of Tennessee Williams's "The Glass Menagerie."

Even if you're not planning an evening at the theater any time soon, word on the street is that you might spot Quinto out and about in Cambridge. Keep your eyes peeled and don't miss your chance to a) scream "Sylar!" and run away or b) ask him what kind of tweezers he uses.

"The Glass Menagerie," which opened on Saturday, ends its Cambridge run on March 17, so don't miss your chance to see Quinto and his brows up close and personal onstage while you still have a chance. The play is directed by John Tiffany (of Broadway's acclaimed Once) and also stars Cherry Jones, Celia Keenan-Bolger, and Brian J. Smith.