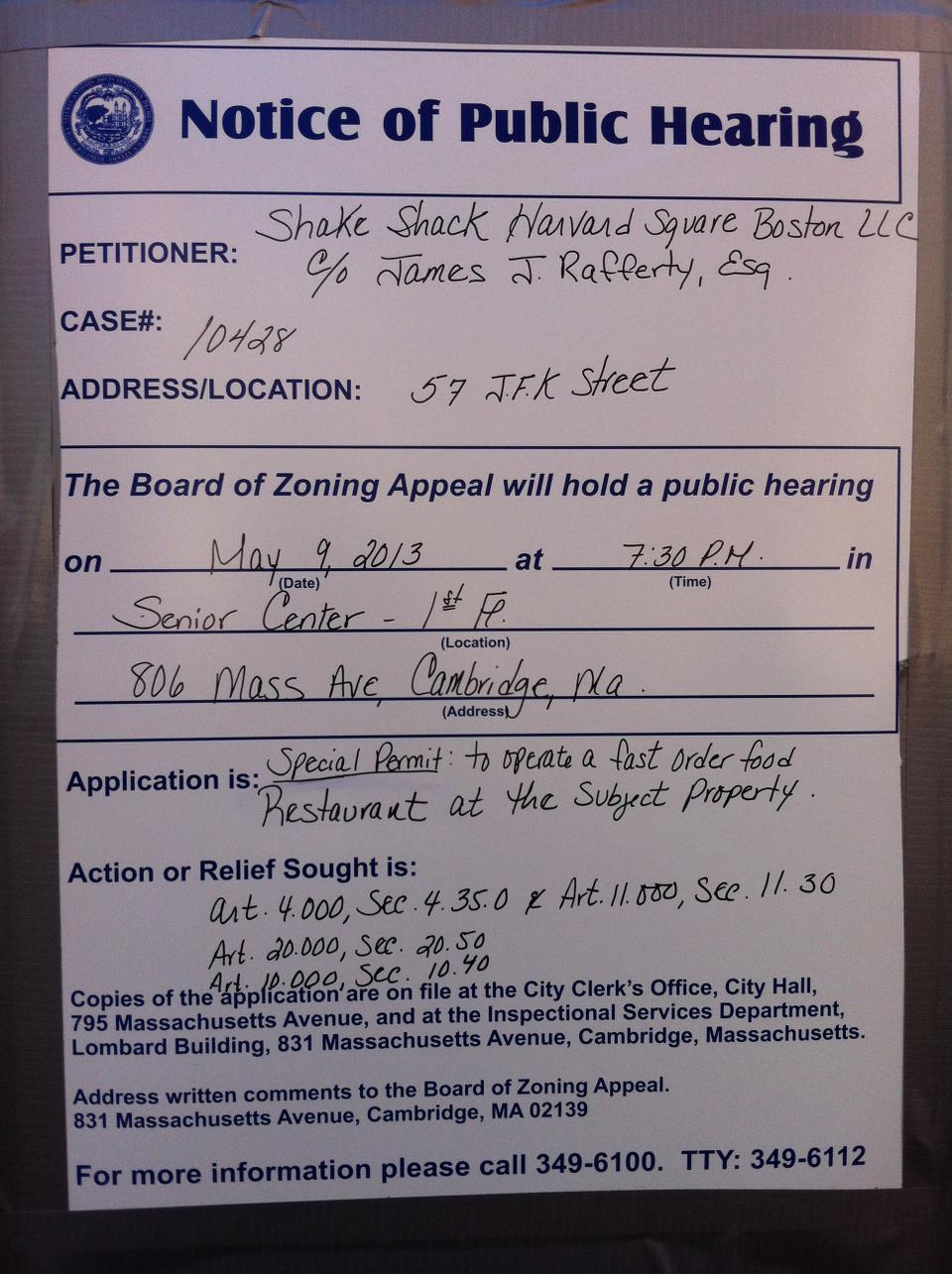 Shake Shack, the New York City institution whose made-to-order burgers and shakes draw long lines of hungry diners year round, is scouting out possible restaurant space in Harvard Square, according to a spokesperson with the company.

Though the company has not made a public announcement, a public hearing notice appeared in the window of 57 J.F.K. Street this week indicating that the restaurant chain is applying for a special food service permit. 57 J.F.K. Street, immediately adjacent to Winthrop Square, is the current location of Om Restaurant and Lounge.

"At this point we have submitted an application to the city for a special permit, and we will not be in a position to make a formal announcement until the board has reviewed and approved our application," the company's senior manager for marketing and communications Greg Waters wrote in an email to The Crimson.

According to the public notice, the Cambridge Board of Zoning Appeal will consider the permit application at a May 9 meeting.