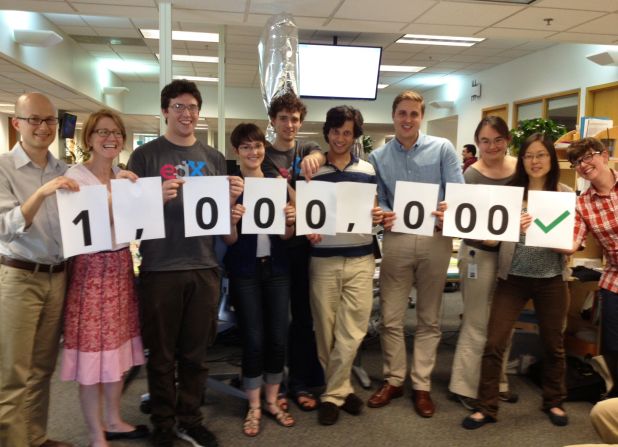 EdX has hit the one-million students mark—meaning it’s one-thousandth of the way to its goal of educating one billion people.

The online learning venture, which was launched by Harvard and MIT in May 2012, announced the benchmark with a tweet Wednesday along with this photo of some of its staff beaming and celebrating at edX’s Cambridge office. The platform’s one millionth student joined on Tuesday, the tweet said.

EdX is “thrilled to have reached this important milestone,” said Syvenna Siebert, a spokesperson who spoke on behalf of edX.

The platform’s meteoric rise in enrollment has been accompanied by rapid growth in its number of member institutions. When the first edX classes went live in October, there were only seven courses, offered by three universities. Eight months later, edX counts among its members 27 schools and one international governmental organization. And now its thousands of students have turned into a million.