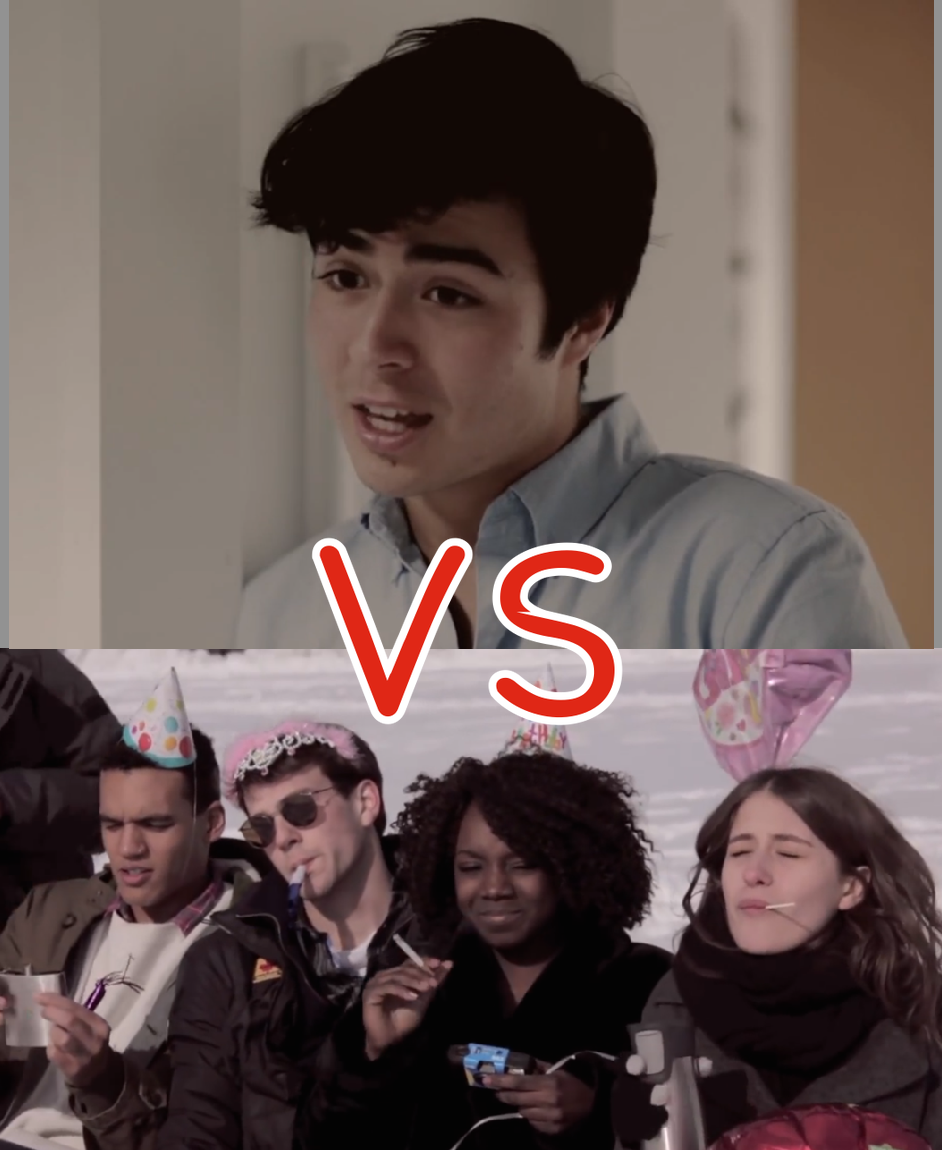 "Absent" has Skip Ros ‘17, so everyone else is irrelevant.

Last spring we were all entertained by “IVY,” a web series directed by an angsty Harvard kid about the angst of Harvard kids. Unfortunately, “IVY” has been taking its sweet time with its long-awaited second episode, and in its stead has emerged a new web series “Absent,” from the makers of Ivory Tower. As of now, there is only a teaser trailer for “Absent.” Nevertheless, as we eagerly await the series’ first episode, we’ve taken this golden opportunity to compare the two web series against intricate and foolproof criteria.

IVY: Ollie’s nose ring is adorable. DK is adorkable. Layla is flawless, both physically and in the way she casually turns down her pot dealer when he tries to ask her out. Harley is beautiful but doesn’t seem to realize this—yet. And Luc manages to rock a tiara and still look breathtaking.

Absent: Has Skip Ros ‘17, so everyone else is irrelevant.

Number of contemplative looks in the distance

Absent: Light piano broodingly playing in the background that is drowned out by the angsty conversation and basically disappears.

View of Charles in the background

IVY: Beefy rower dude, to Harley, as she tries to sneak out quietly after a one-night stand: “Bye, Amy.”

Absent: Random guy, with no context whatsoever: “You said there were… others?”

IVY: Ollie runs into his ex-boyfriend and they have an awkward conversation in the snow. Ollie’s ex-boyfriend: “The last time we ‘hung out’ you flaked on me and I walked in on you cheating on me!” Ollie’s response: “I know, I was there.”

Absent: Random girl, with no context whatsoever: “WHAT THE FUCK ARE YOU DOING HERE?”

IVY: “Which topic are you writing your paper on?” the TF asks Ollie. After a long awkward pause, Ollie stutters, “Um, well, I really like this one about mimesis.” The TF digests this for a moment, then says, “Well they’re all about mimesis in some way, so…”

Absent: Dude turns around, seems surprised at something we cannot see, and says: “Oh. Uh. Hey.”

IVY: The time when DK is “working” with Layla in Lamont. Layla looks over at DK’s screen briefly and, exasperated, says, “Get off BuzzFeed and start working.” DK asks incredulously, “Then how will I ever know why 2013 was the best ever year for redheads?” Was “IVY” eavesdropping on my conversations with my friends in Lamont? At least I know why 2013 was the best year for redheads, which is more than DK will ever know.

Absent: Really, none of them.

IVY: People smile, bake muffins (unsuccessfully), occasionally get locked out of their own dorms, have awkward conversations with their TFs and their ex-boyfriends and their bed companions of last night’s one-night stand. Typical college stuff, really.

Absent: No one smiles. We see individual people speaking to others - but we can’t see who they’re speaking to. A brunette girl says exasperatedly to her friend sitting behind her, “You don’t have to do this by yourself, Michelle,” as she plays with a flip phone (maybe that’s why she’s so angsty?). “What the fuck is going on?” a man asks angrily as he looks up from the book he was reading - presumably something rife with angst. “WHAT THE FUCK ARE YOU DOING HERE?” demands a very angry looking girl. Skip Ros ‘17 looks intently into someone’s eyes and imparts deep wisdom: “It could affect all of us, or it could affect...you.” And at the very end, a mysterious blonde girl is seen throwing herself on a bed, tearing at her hair and screaming in pain/frustration/angst. So. Much. Angst.