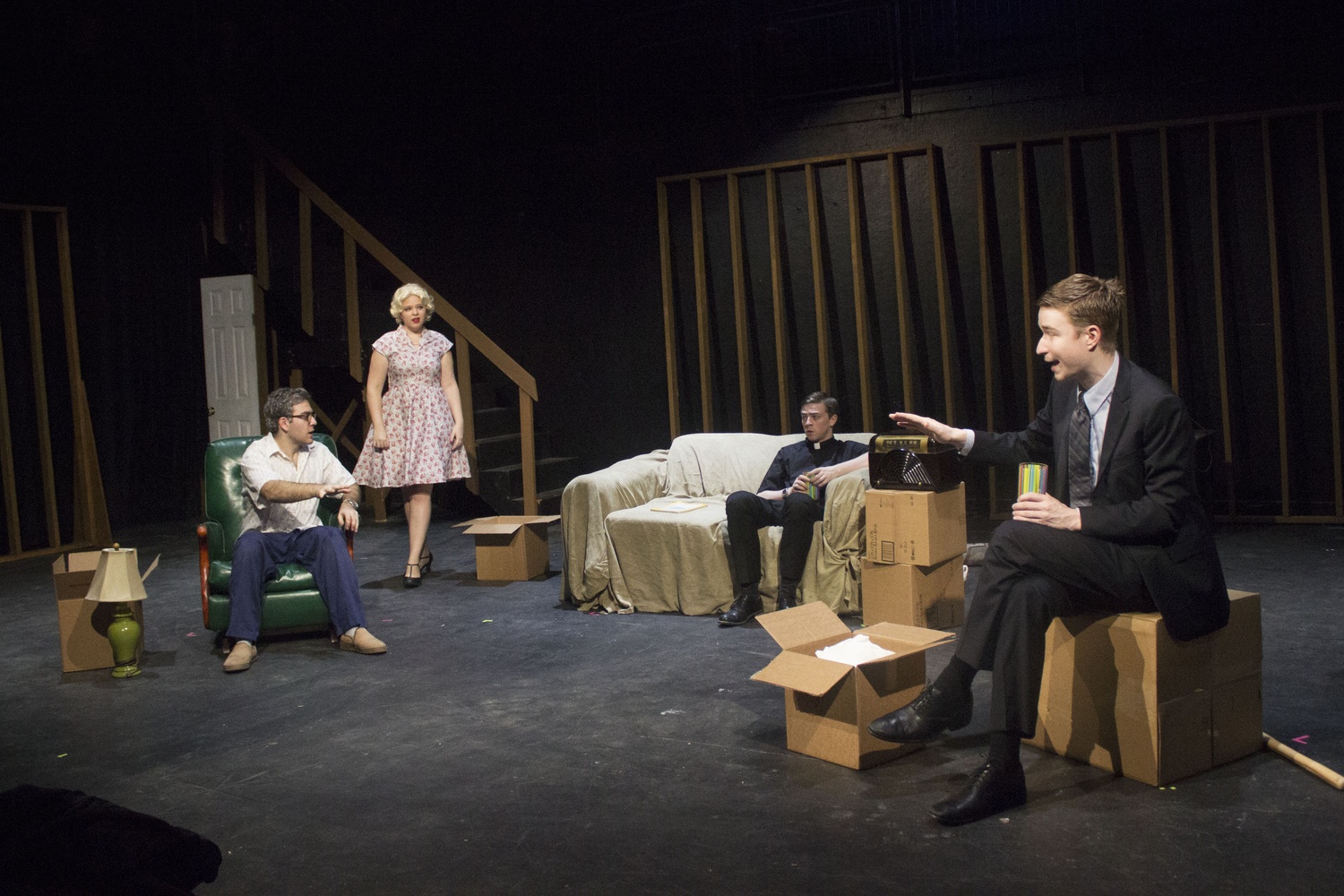 Actors run through their last rehearsal of Clybourne Park, a play presented in conjunction with a reading of “A Raisin in the Sun”. The show deals with themes of dreams, community, and race, and will open tonight at 7:30 pm in the American Repertory Theater Loeb Ex. By Savannah I. Whaley

Today is the last day of fall classes— we hope you’ve had a great semester and that today is no exception.

Today is going to be in the high 40s, with cloudy skies and lots of wind.

Dining Delights: For Desperate Finals Times
Even HUDS has things edible enough to stress eat, with a little work.

Cultural Student Groups Plan Coalition for ‘Collective Action’
As college students across the country stage protests in response to race-related incidents on their campuses, some cultural student groups at Harvard are planning to form a coalition ‘to present demands to the administration.’

School Work: The Benefits and Burdens of Campus Jobs
The muffled sounds of chatter and whirring coffee machines permeate the back room of Cafe Gato Rojo, where Shelby J. Martinez ’18 is sitting after finishing a two-hour shift at one of her three term-time jobs. She works a total of 10 to 15 hours a week at the Cafe, Eliot Grille, and Harvard Student Agencies.

Harvard’s Outside Research Funding Continues To Fall
Outside funding sources gave Harvard less than $800 million to fund research in the 2015 fiscal year for the first time since 2010, continuing a years-long decline, according to a recent report from the University’s Office for Sponsored Programs.

Website Challenges Veracity of ‘The Hunting Ground’ Film
Legal counsel for a Harvard Law School student who was accused—but never found guilty in court—of sexually assaulting a fellow student and her friend have launched a website to publicly contest the portrayal of his case in the documentary film “The Hunting Ground.”

Winter Clothing Drive in Memory of Luke Tang — Drop off winter items in the boxes in your house’s dining hall.

Women in Medicine — Come to Emerson 210 at 4:30 to talk with a panel of female practitioners and medical students.

Listen Up! — SAA wants to help you become a better active listener for your peers. 5pm in Sever 213.

Celebrate and Stay Afloat — Kick off reading period with the BSC and free snacks! Come to Ticknor Lounge at 8.

Holiday Get Down — Join Foxpack will be performing at Queen’s Head at 10:30 p.m., but you’ll want to get there early to enjoy the free food (doors open at 5).