The Noshoes Verdict: Disney’s Frozen is Based On My Life 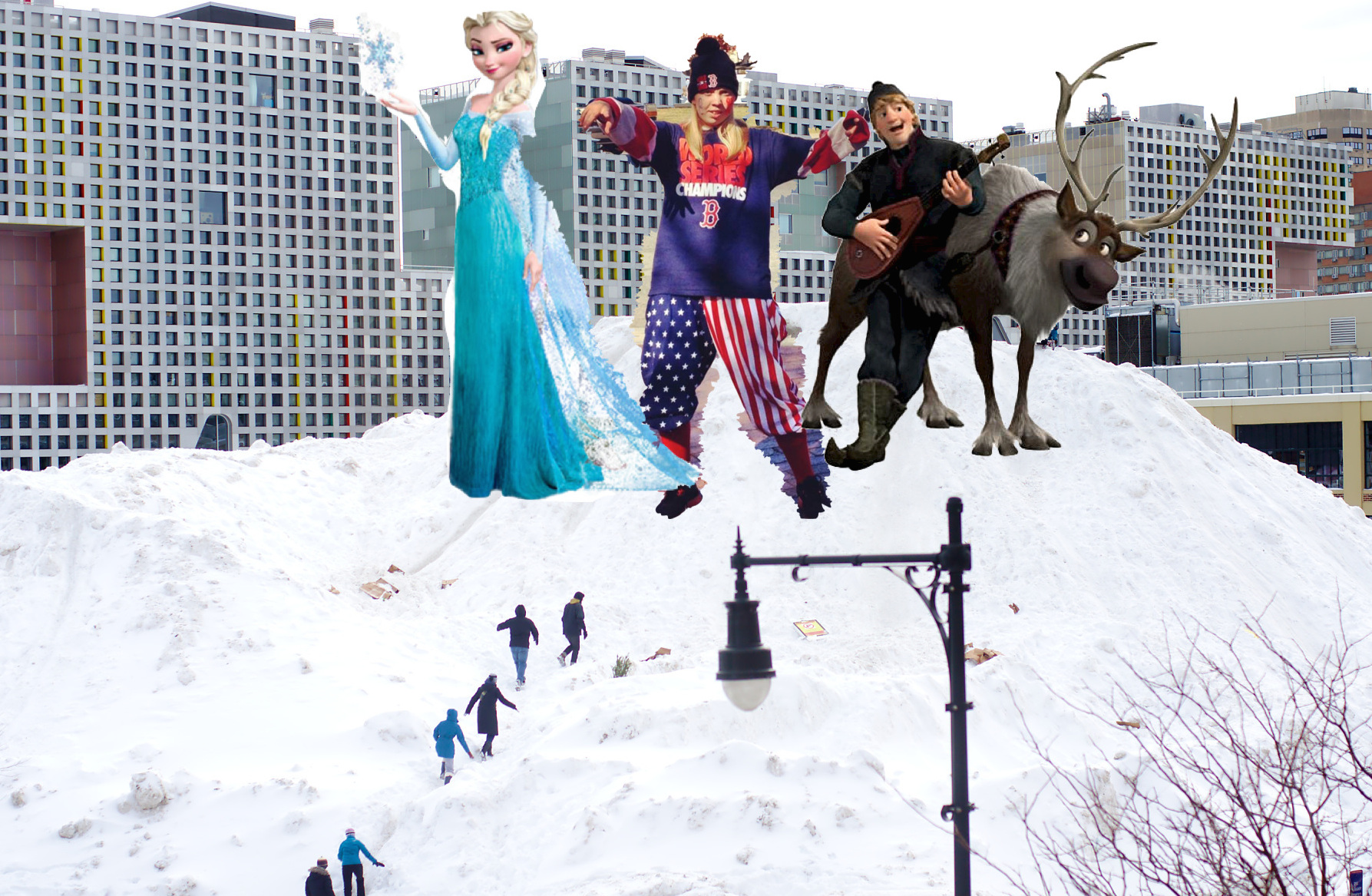 Betty, Elsa, and Kristoff claim territory on top of MIT Mountain as ant-sized, weak MIT students struggle to climb up. 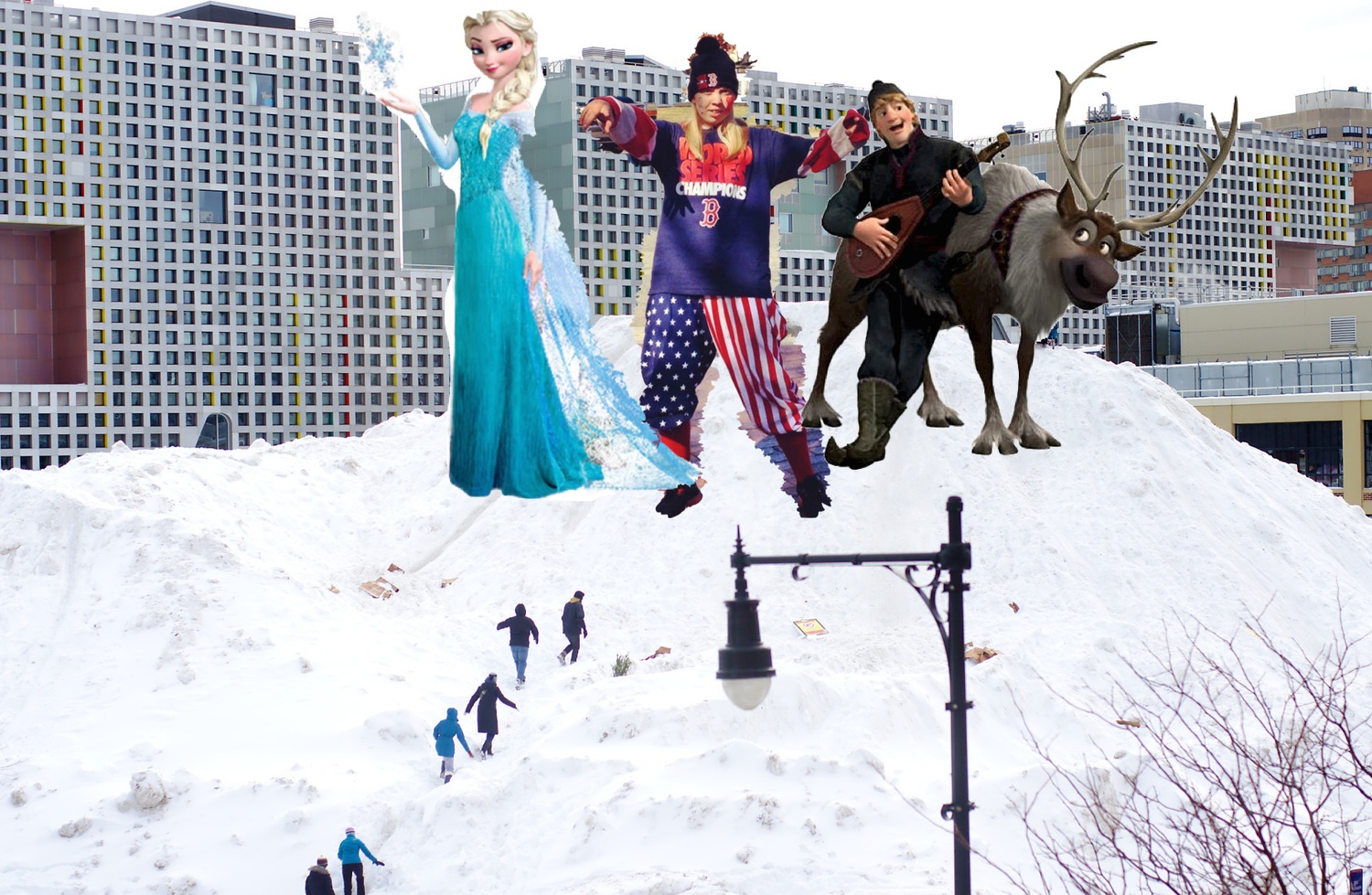 The internet is a world of absurd claims about what Frozen is based on. If anything, I accept the recent claim that Frozen is based on the life of a woman in New Jersey. This New Jerseyan, Isabella Tanikumi, who sued Disney for $250 mil claiming that they stole her life story, offers EIGHTEEN instances where the plot of Frozen was stolen from her own life. Her most legit claims being that her autobiographies included sisters, along with instances of the older sister accidentally hurting the younger sister. Frozen also had sisters and the older sister hurt the younger one! Don’t worry Ms. Tanikumi, I gotchu.

Still, sorry Ms. Tanikumi , your claim is about to get straight rashed. I am here to tell you that Frozen is literally based on my unreal experiences with this year's blizzard in Boston. Like I have legitimate sources to prove this. Walt Disney, just last week, gave a speech admitting that while creating The Experimental Prototype Community of Tomorrow (EPCOT), “Disney created a time machine and we landed in Boston during a blizzard in 2015. We noted some interesting characters who seemed to actually be creating this blizzard, and decided to release a movie about it. We had to change some parts of the movie, of course, so that no one knew about our time machine. We changed Boston to the village of Arendelle, for example. Also, since it’s Hollywood we’re dealing with, we needed to beautify some things. Our Princess Anna was a decent-looking girl named Betty, but she was surely no Serena Van Der Woodsen, so we had to improvise” (Walt Disney 2015).*

If Walt’s message doesn’t convince you (especially because realistically I’m not just decent-looking), I am willing to offer you NINETEEN instances where the plot of Frozen intertwines with my last two weeks experiencing the many blizzards in Boston.

*I actually consider myself the Serena Van Der Woodsen of Boston. (Also in case anyone was wondering, Walt Disney didn’t actually say this and died a long time ago.)