Around the Ivies: Spring Concert Edition 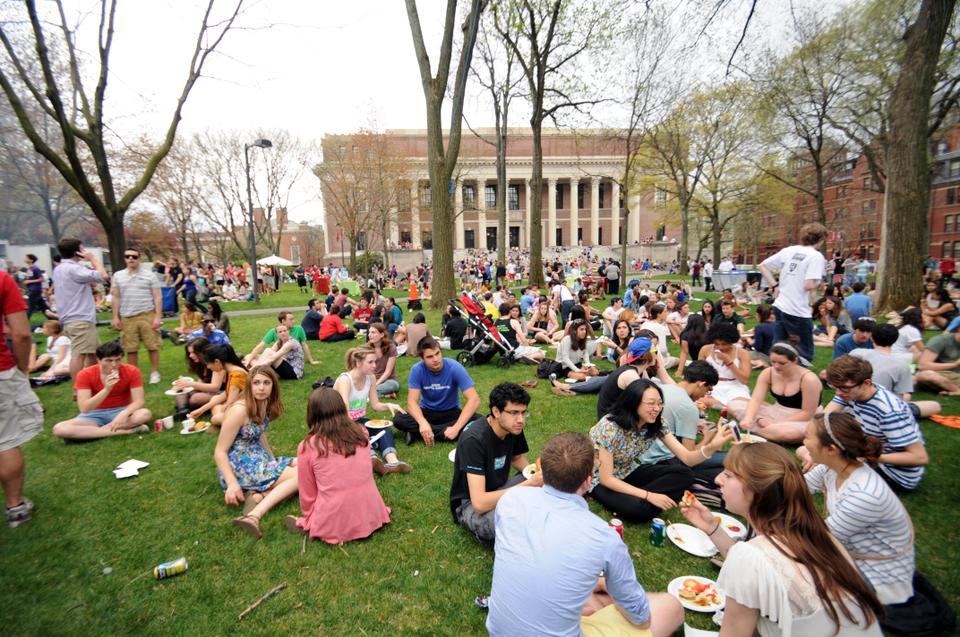 Since spring appears to be just around the corner on Harvard’s campus (read: it snowed so recently, but it may approach a whopping fifty degrees in the next few days so it might as well be summer), it is time to start looking forward to the events that will brighten up these last weeks of school. We have no more official breaks, but that’s no matter– a tradition shared by many Ivy League colleges are spring concerts, during which the student body works to bring big names to campus for a day of (very sober) fun. As we look forward to Jessie J at this year’s Yardfest on Friday, April 24th, let’s take a look at who’ll be performing around the other Ivies.

This year’s spring concert, themed, “I Don’t Bacch With You!” will take place on April 4th and will be headlined by Big Sean. The announcement had some mixed responses, but the concert is normally huge, and although it will be capped this year, has already distributed 4,000 tickets, with 2,400 promised to be on the way. Columbia also has a fall concert (hey, at least we have Harvard-Yale), which was cancelled by the administrators this school year. We like the theme, but it seems like Columbia may be headed for some Tyga-esque controversy this April.

Not bad, Brown! Modest Mouse, Waka Flocka Flame, and Pusha T are among the list of names that will be performing at Brown. Downside: you can’t bring guests unless the tickets don’t sell out (and they usually do), and even then you’ll have to buy them the day before on April 16.

This year, Penn's lineup will feature Kesha and Kygo. Kygo is a Norwegian DJ who is probably best known for his remix of “I See Fire” by Ed Sheeran. Kesha used to spell her name with a $ sign but appears to have dropped the $ in favor of a regular “S.” You should remember her from “wake up in the morning feeling like P-Diddy” aka the best song ever, which was released SIX YEARS AGO (did that make you feel old?). It’s going down, we’re yelling timberrrrr!

After bringing Diplo, Chance the Rapper, and Betty Who last year, Yale brought their A-game with a killer release video and a lineup of St. Lucia, Klingande, and Jessie J for their 2015 Spring Fling event. For those who are less familiar with the names, Klingande is a French electronic artist well-known for his single “Jubel,” (think of him as a calmer Avicii), St. Lucia is a indie/alternative/synth-pop artist known for “Elevate” (think of him as a #cool #hipster who sings to #chill #beats), and Jessie J is, well, you should probably know Jessie J since she’s performing here first, but she sings “Price Tag” and the “Bang Bang” song that is probably stuck in your head.

This year, the Ivy whose winter was probably even worse than ours is holding their Slope Day on May 7, 2015. Although this year’s performer has not yet been released, headliners in the past have been top-notch: Cornell welcomed Drake in 2010, Nelly, The Cool Kids (before they were even that cool!), and Ra Ra Riot in 2011, Taio Cruz AND the Neon Trees in 2012, and Kendrick Lamar and Hoodie Allen in 2013. Even though you’ve probably never considered journeying to central New York prior to this time, this year looks like it may just be worth the trip.

Dartmouth has an entire weekend of events for its Spring Concert series, complete with lots of free food! The event begins on May 14th featuring many lesser-known bands like Etna Old Time Association, Reckless Breakfast, Joe Marson, and Tallahassee and continues into Friday and Saturday, with Saturday’s final main-stage act, Biscuits & Gravy. Friday will feature Lupe Fiasco and Gold Coast, and the weekend is well known for its drunken piano-smashing traditions.

As previous Crimson posts have reported, Princeton has an annual three-day-long music festival held at the very end of the year in May. Many of the school’s eating clubs open up during the weekend and hire entertainment on their front lawns, so students can enjoy a series of lawn parties after a day of musical performances that has featured Wiz Khalifa and B.O.B. in the past. Free lawn parties for all? Sounds fun! This spring’s line-up has not yet been announced, but the Princeton Undergraduate Student Government Facebook page offers a trade: “PSA: If the Princeton USG Facebook Page hits 2,000 likes, we ~may~ announce the Lawnparties act a bit earlier...Spread the word!”

Tags
Around the Ivies PlusYardfestFlyby Campus