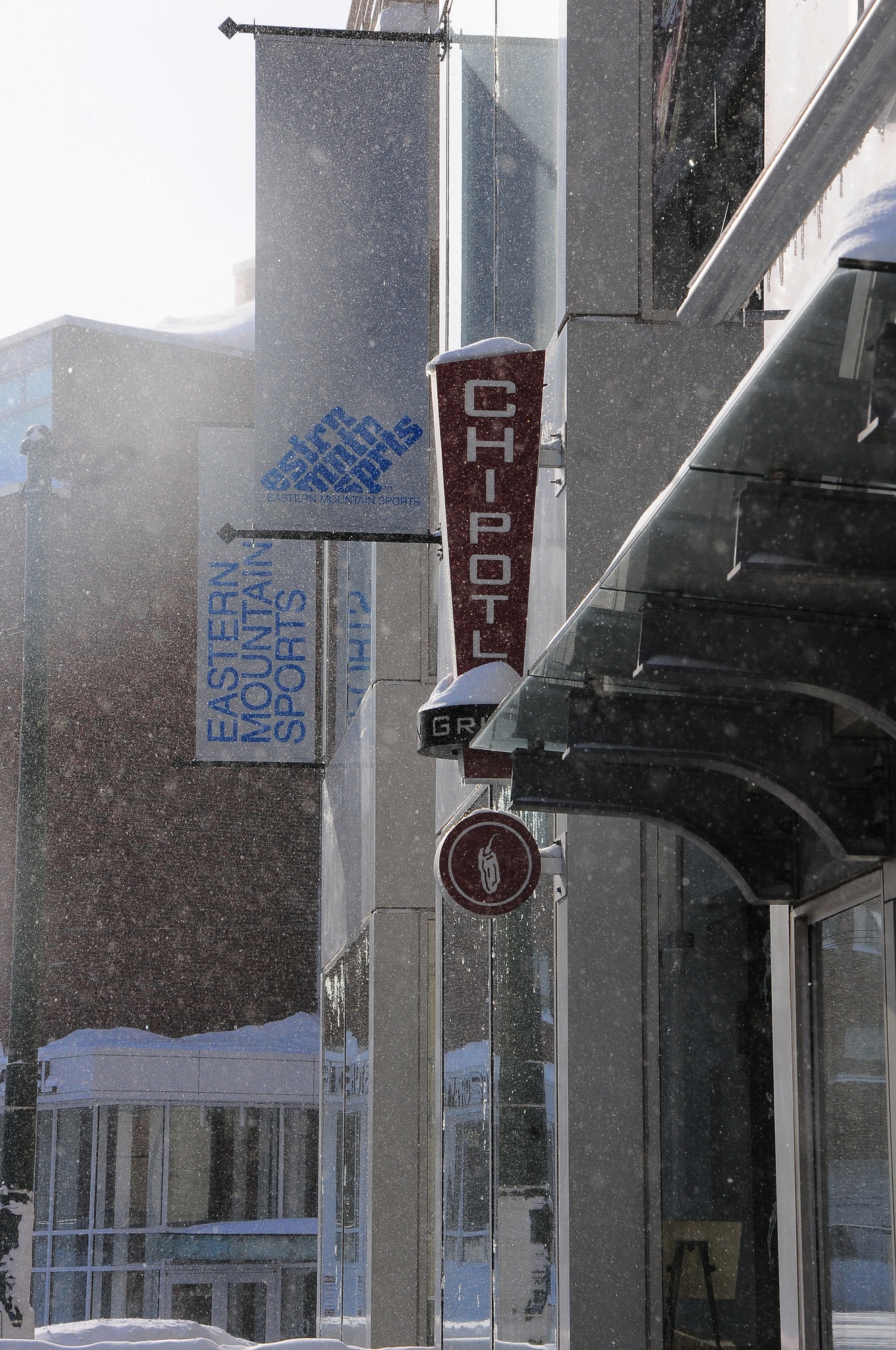 Chipotle withstands even the toughest of winter conditions to provide the joy of burritos to customers. Chipotle, a nationwide chain of Mexican food restaurants, is known for its famous burritos and stands at a convenient location in the Square.

For those who who are already planning on studying indoors and crave some good non-Lamont cafe food once in a while, there is might be exciting news for you. Last week, Chipotle announced that it will be introducing delivery services, to the excitement of every person worldwide. Since it’s no secret that Harvard students already love Chipotle, we anticipate that this week’s announcement that Chipotle will now deliver right to your door will be an absolute game-changer... possibly.

For this new endeavor, Chipotle has partnered with the on-demand delivery service Postmates - the same company Starbucks announced earlier this year will be ferrying your Iced, Half Caff, Ristretto, Venti, 4-Pump, Sugar Free, Cinnamon, Dulce Soy Skinny Latte direct to dorm rooms and classrooms (and everywhere else that students purposely or accidentally fall asleep) near you.

Although it seems like a dream come true, especially for Quadlings who are closer to Anna’s Taqueria in Porter Square, this luxury is accompanied by a steep surcharge that doesn’t normally justify the added convenience  According to some estimates, including a delivery tip this service could cost anywhere from an extra $11-14 for an $8 burrito (aka the equivalent of 2 to 2.5 burritos from Felipe’s, depending on how wisely you select your ingredients). Also though an email conversation with customer service did note that “[they] do deliver in Cambridge,” the Postmates website doesn't always show that Chipotle delivers to Harvard addresses.

Some of you might be thinking, “is it even worth it?” But there are several situations, however, in which it will be socially acceptable to splurge and cough up the cash (or rather, venmo your more responsible friends who don’t regularly lose their wallets at final clubs and under mounds of unfinished laundry). Namely: when sick to the point where you would willingly sacrifice your firstborn for a burrito (or twelve) in bed, and on days when even your trusty Bean Boots can’t compete with a record-breakingly brutal winter snowfall.

Until the service becomes active, many questions remain: will they deliver to Lamont cafe and usurp the questionable sushi as the overpriced desperation-mode meal of choice? Will they deliver to your hideout in one of the Harvard yard igloos you are avoiding your responsibilities from? Will they partner with Uber so your driver will arrive with burrito in hand? We might not be thrilled about the pricetag and we’re still not happy that it closes at 10 pm everyday , but as the end of the semester approaches and our level of self-control decreases daily, we are certainly looking forward to finding out.