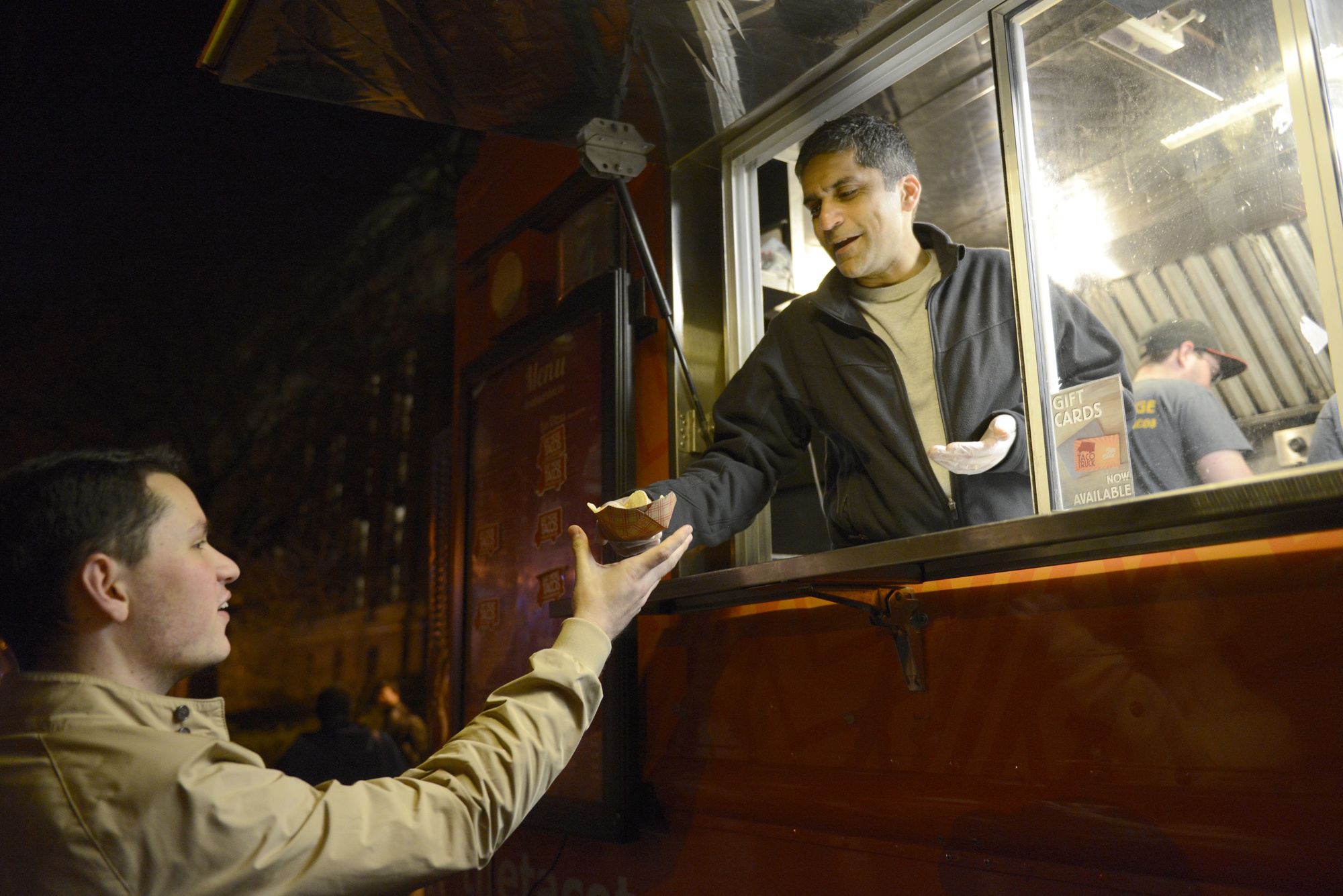 Dean Rakesh Khurana passes out tacos to students outside of Wigglesworth Hall as a study break to relieve stress. 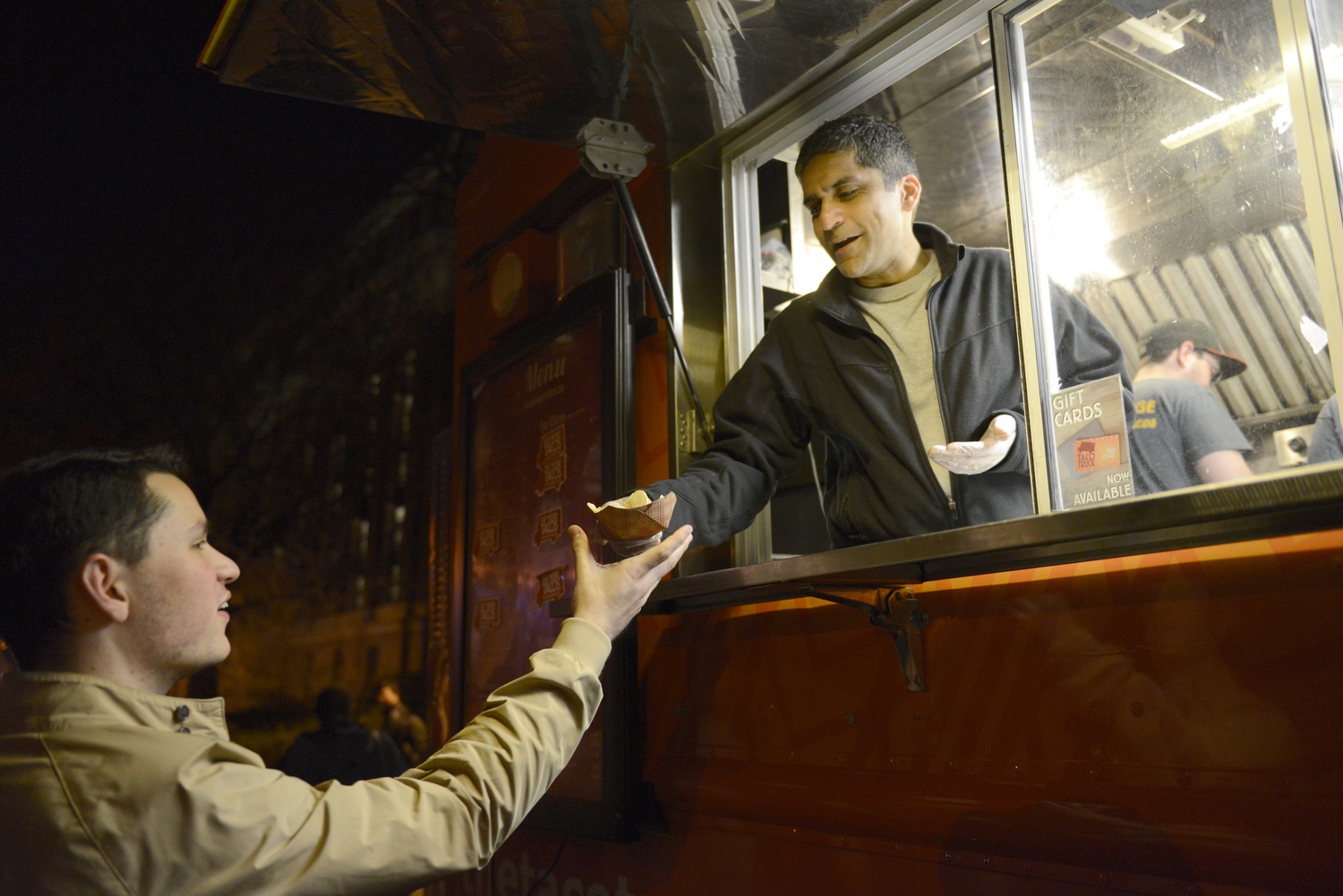 Dean Rakesh Khurana passes out tacos to students outside of Wigglesworth Hall as a study break to relieve stress. By Alana M Steinberg

Happy Wednesday, and last day of reading period! Now that formals season is basically over, maybe it’s a good time to begin studying for that final you have in two days! Here are some great study tips that we bet you won’t take:

It’s going to be a beautiful sunny day, with highs of 77 degrees and lows of 53 degrees. A great day for studying outside!

1) Harvard Law Students Offered Discounted Business School Online Program: "Incoming Harvard Law School students can now participate in an online Harvard Business School 'Credential of Readiness' program at a discounted price. The program will provide classes in Business Analytics, Economics for Managers, and Financial Accounting for students in the Class of 2018 at the Law School."

2) Committee Finds Attendance Study Did Not Violate University Policy: "The Committee on the Oversight of Electronic Communications found that a controversial attendance study conducted last spring did not violate the University’s Policy on Access to Electronic Information, according to a memo presented by University President Drew G. Faust on Tuesday."

4) Group Supporting Harvard Motions to Intervene in Admissions Lawsuit: “The nonprofit pro bono legal group Lawyers’ Committee for Civil Rights and Economic Justice has filed a motion to intervene in support of Harvard in an ongoing lawsuit that accuses the University of discriminating based on race in its undergraduate admissions practices.”

1) Men’s and Women’s Crew Teams Wrap Up Season with Wins: “As the weather heated up, so did the Harvard men’s and women’s crew teams as they wrapped up the regular season this weekend, all of them taking home hardware. The men’s heavyweight team’s last race was at home on Saturday against crosstown rival Northeastern, while the women’s teams competed in the Eastern Sprints Championships.”

Harvard Common Spaces is sponsoring Wellness on the Plaza: Boot Camp, a boot camp fitness class in the Science Center Plaza at 7 a.m.

The 2015 Harvard Horizons Symposium, where eight outstanding Ph.D candidates chosen as Harvard Horizons Scholars will be delivering brief, compelling talks about their research. This symposium will take place in Sanders Theater from 4:30-6 p.m.