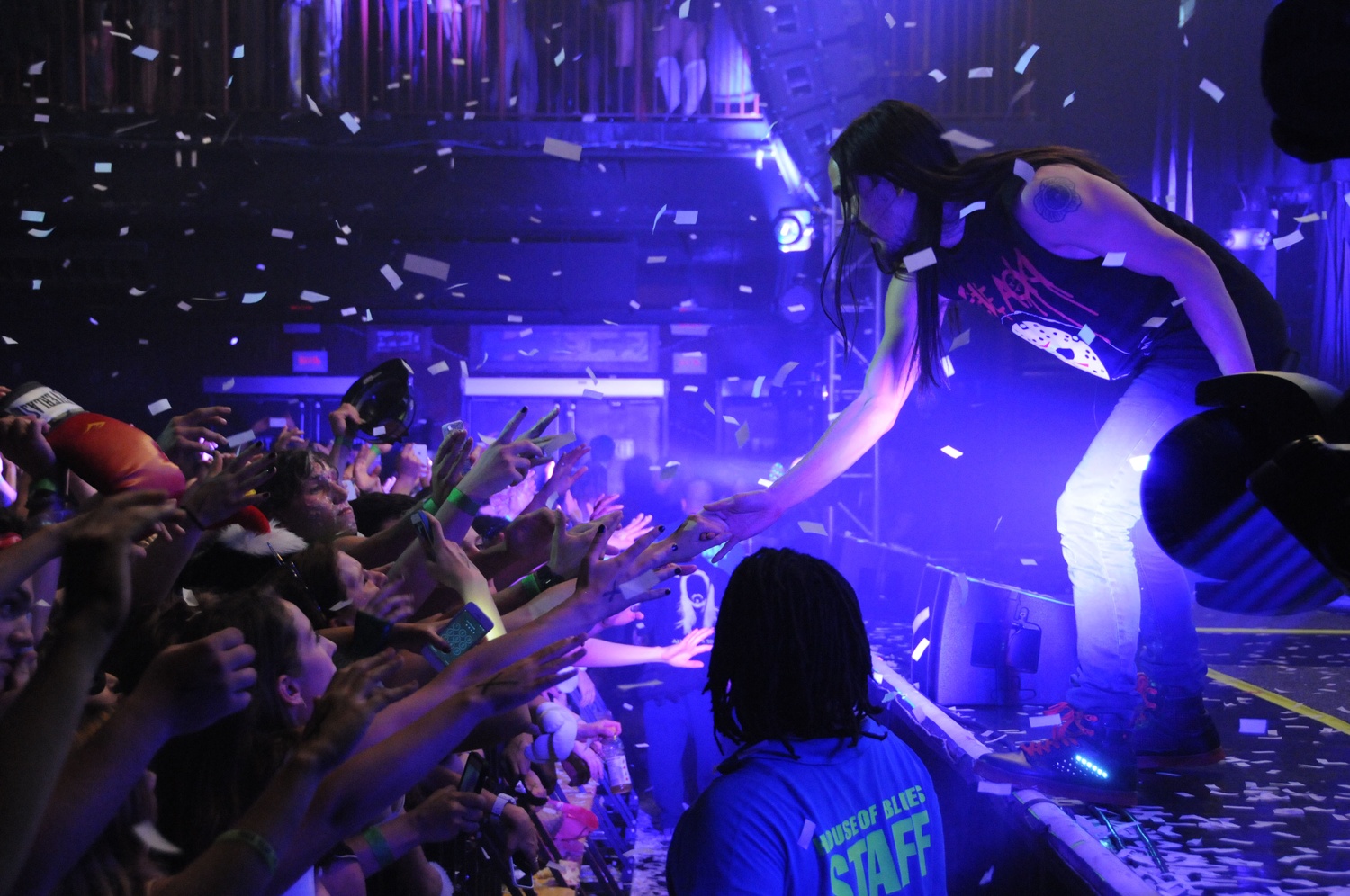 Harvard students have been abuzz since the announcement that Steve Aoki will be the artist performing at this year’s Yardfest. The popular electro-house musician is well known for his collaborations with artists such as Lil Jon, Afrojack, and will.i.am, as well as remixes of popular songs by artists such as Kid Cudi.

But in typical Yardfest fashion, booked artists have been out of the limelight for a few years. So, what has Aoki been up to recently?

In 2012, Aoki’s popularity peaked with the success of the movie Project X. His remix of Cudi’s song, “Pursuit of Happiness,” helped the movie clinch a nomination for best music at the MTV Movie Awards. Since then, it appears Aoki’s popularity has been on the decline. A simple Google Trends search of his name reveals that since 2013, the number of Google searches of his name have been decreasing.

It appears that in 2013, Aoki was doing a lot of collaborations with artists ranging from Linkin Park, Diplo, and Deorro. While Aoki wasn’t releasing new albums, he was creating tracks that were used in various movies and commercials. His collaboration with Linkin Park, “A Light That Never Comes,” was featured in Expendables 3. Curiously, he also appeared in an anti-fur advertisement for PETA.

In 2014 and 2015, Aoki reemerged as a major player in the electronic music scene, appearing in nearly 100 concerts all over the world. Several of his songs were featured in the movies Step Up: All In and 22 Jump Street. In September of 2014, Aoki released his new album “Neon Future I,” which reached No. 32 on the Billboard 200. His most popular song from the album, “Delirious,” can still be heard blasting on Mt. Auburn some weekends. You probably heard it over the radio since it was played every five seconds, or maybe in one of the numerous Scion commercials featuring Aoki.

Aoki also made the news in 2015 when he announced a change to his cake policy. One of the hallmarks of his concerts has been that he would take a cake and throw it into the crowd. Now, Aoki says he will only throw cake at crowds at headline shows and a few other select venues.

The highly awaited documentary by Justin Krook of Aoki’s life and his rise to fame, I’ll Sleep When I’m Dead, premiered last Friday night at the Tribeca Film Festival in New York at the Beacon Theatre.

While Aoki has been pretty low-key for a few years, he is again ramping up excitement for his high energy shows and his 2015 performances have often been dubbed “awesome” and “amazing” by concert goers. Thus, Aiko’s up-tempo songs and performances should create quite a lively atmosphere at Yardfest, so let’s all get ready to be awed! And who knows, maybe it’ll be you who gets caked in the face.