Where to Catch Some Z’s at Harvard-Yale 2017 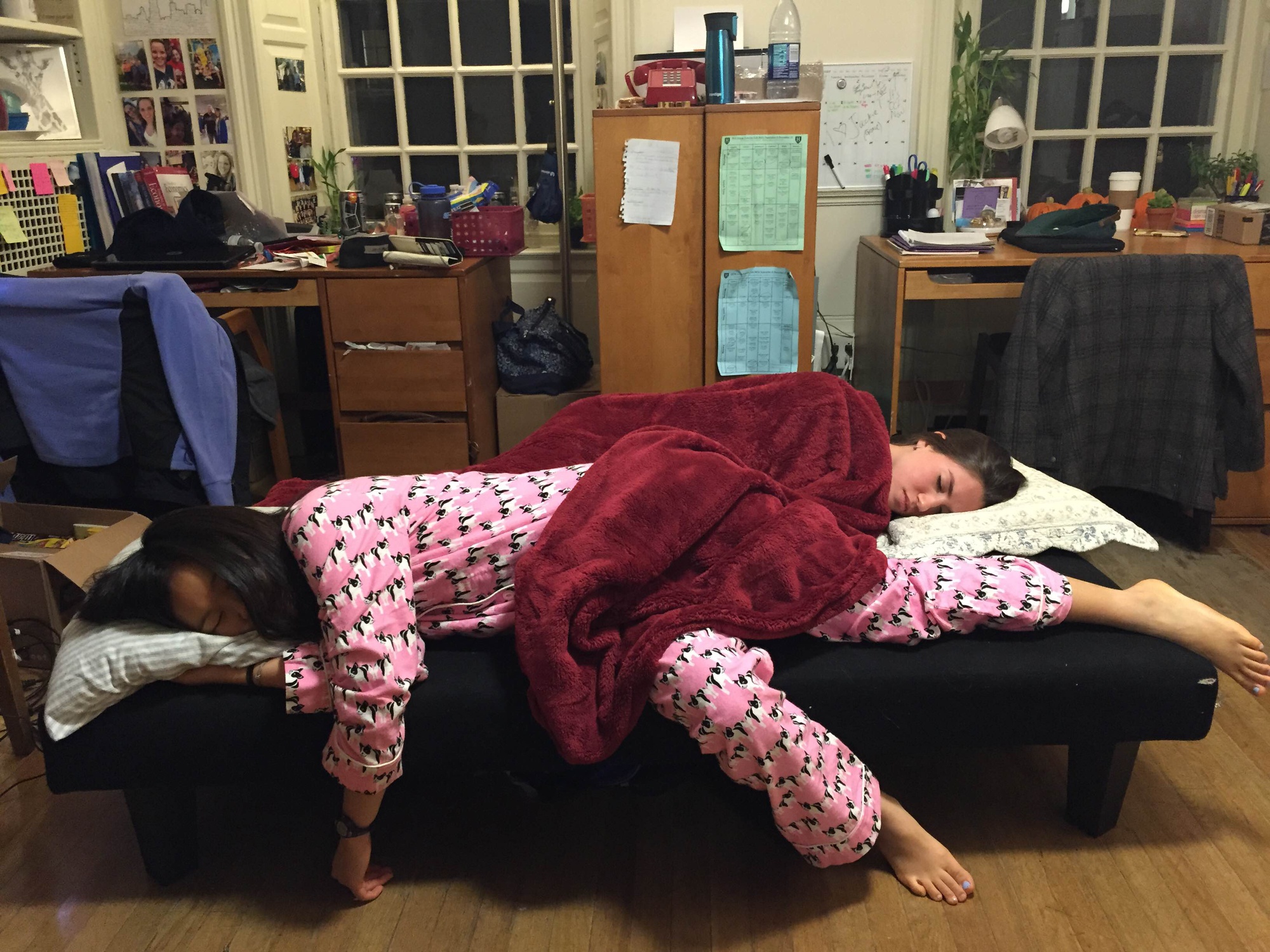 Before you get all hyped for this year’s Harvard-Yale game, there’s something each of us has to consider: after a crazy night of partying in New Haven, where are you going to stumble to in an attempt to catch a few hours of sleep before you’re up and at ‘em at the tailgate? Don’t worry—with our numerous options, you will not have to resort to staying in a cardboard box on Yale’s campus.

Hit up that person you once had a conversation with during Visitas.

You know that one person you met at Visitas that was super chill despite the fact that they were conflicted between Harvard and Yale? Yeah, it was a bummer when they picked the wrong school, but look on the bright side. This could be mutually beneficial for all the Harvard-Yale games to come in your time here.

Reach out to that one kid from high school you kinda sorta knew that went to Yale (and try to make amends after you scoffed at their decision).

High school was a rough time, but you were all in it together, after all. Appeal to their nostalgia, and before you know it, you’ve gotten yourself a place to stay!

Book a hotel room with your squad.

If sleeping on the floor of a Yale dorm doesn’t appeal to you, why not spend some money for a comfy hotel room (that we all know you’ll barely spend any time in)? Hack: if a hotel room is too pricey, enlist more people to join. It could get cramped, but like we said, who’s really sleeping?

Join a club and mooch off its arrangements.

At this point in the year, it may be a little late to join any clubs. However, we’re sure that there are some campus organizations that would be more than happy to turn a blind eye to the fast-approaching Harvard-Yale game and accept your clearly pure intentions of joining the organization.

Meet someone when Yale plays at Harvard.

Yes, no Yale team plays at Harvard before The Game next weekend, but it’s never too early to plan for 2020. While we are not advocating scheming to get involved with a Yalie, what’s the harm in befriending one and in doing so scoring yourself a floor (or if you’re lucky, an air mattress or couch) to crash on for the night? Be proactive!

Hope that your sister College comes through.

If none of the above options work out, look into finding a place to stay through Harvard and Yale’s sister House/College system. For freshmen, there are spots open in the common rooms of Yale’s Pauli Murray and Benjamin Franklin Colleges. If you want to score a spot though, you should act fast—there is a limit of 20 students per Yard. Check out this link for the form to sign up.

If you manage to make one of the above options work, get ready for a weekend of fun...just make sure you remember how to get back to your chosen place of rest at the end of the night.