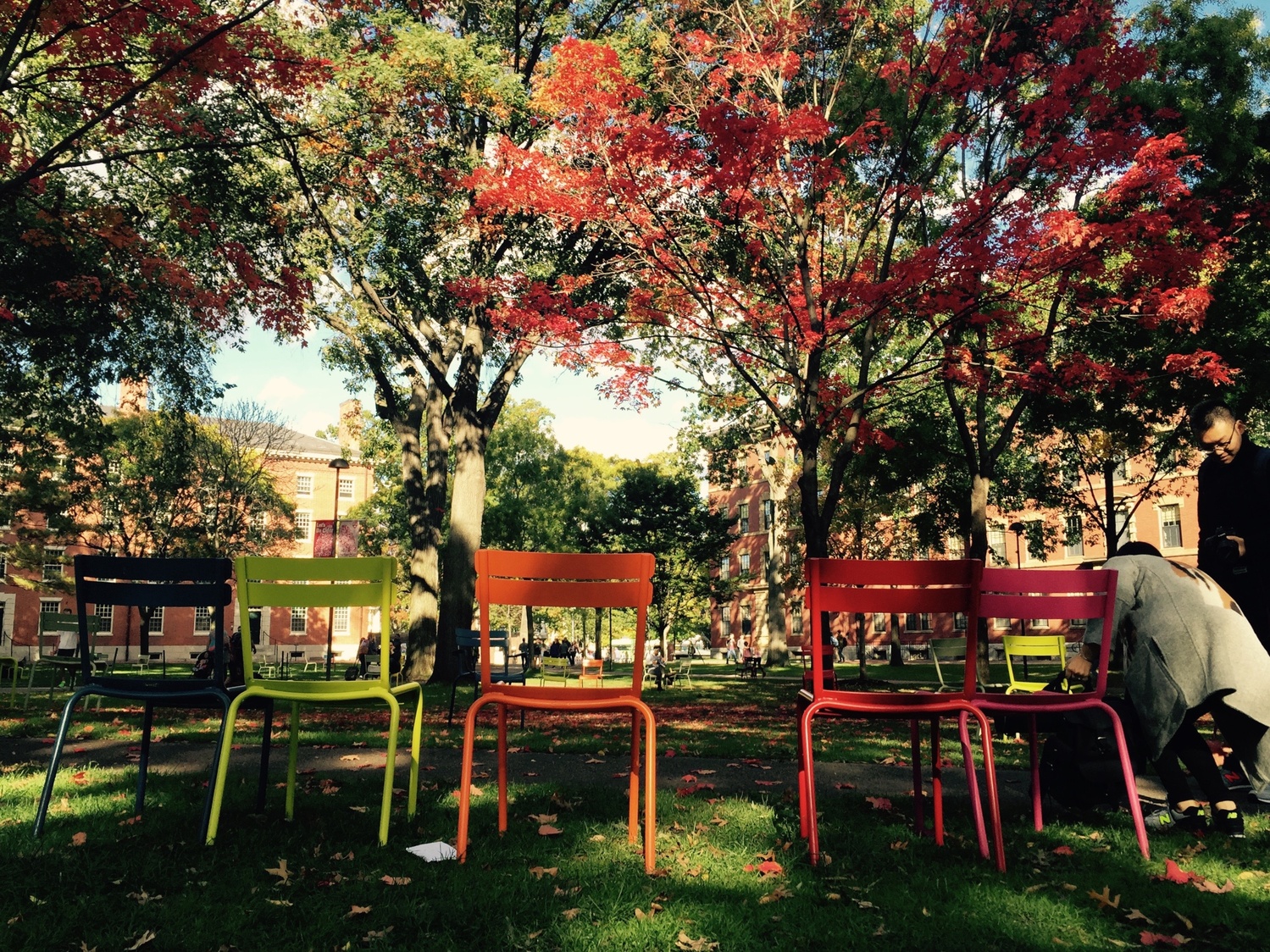 Besides the John Harvard Statue, the colorful chairs in the Yard are its most iconic decorations. These chairs have been the star of several articles, Quora queries, and even Tiktoks wondering why they’re there, how they got there, and why Harvard is spending our tuition money on $700 chairs.

First added to Harvard Yard in 2009, these chairs come from Fermob’s Luxembourg Collection. They are a reinterpretation of the Luxembourg Garden’s armchairs by designer Frédéric Sofia.

The chair’s stackable nature, curved sides, and aluminum form draw inspiration from a rustic garden chair. They’re intended for “coastal climates,” which may be why the chairs are removed and placed in storage for the winter — it’s not just a signal to tell students it's spring and time to crawl out of hibernation.

In response to a query asking, “Why are there a bunch of chairs in Harvard Yard?” Quora user and former Harvard student Marc A. Bodnick ’90 wrote that he was told that “the city of Cambridge pressured Harvard into adding these chairs.” Whether this is true or not, these chairs were added as part of the Harvard Common Spaces initiative in 2009. Since then, the chairs have been tools to share poetry or props for outdoor performances. By providing contrast to the Harvard aesthetic (and being... not crimson), they aim to make the Yard a more accessible space while creating a waiting room of sorts for tourists trying to pose with the John Harvard statue.

Many sources have incorrectly claimed that these chairs cost $762.00 each. On Fermob USA’s website, they are listed as costing $381.00 per chair. However, a minimum quantity of two chairs is required for purchase. Other sites including Wayfair and Perigold have listed the item at $762 for a set of two. Nonetheless, $381 is still an exorbitant amount to pay for a chair — especially since Harvard purchased 500 of them (grand total of $190,500). After all, Ikea’s Roxö Chair looks pretty similar and only costs $20.