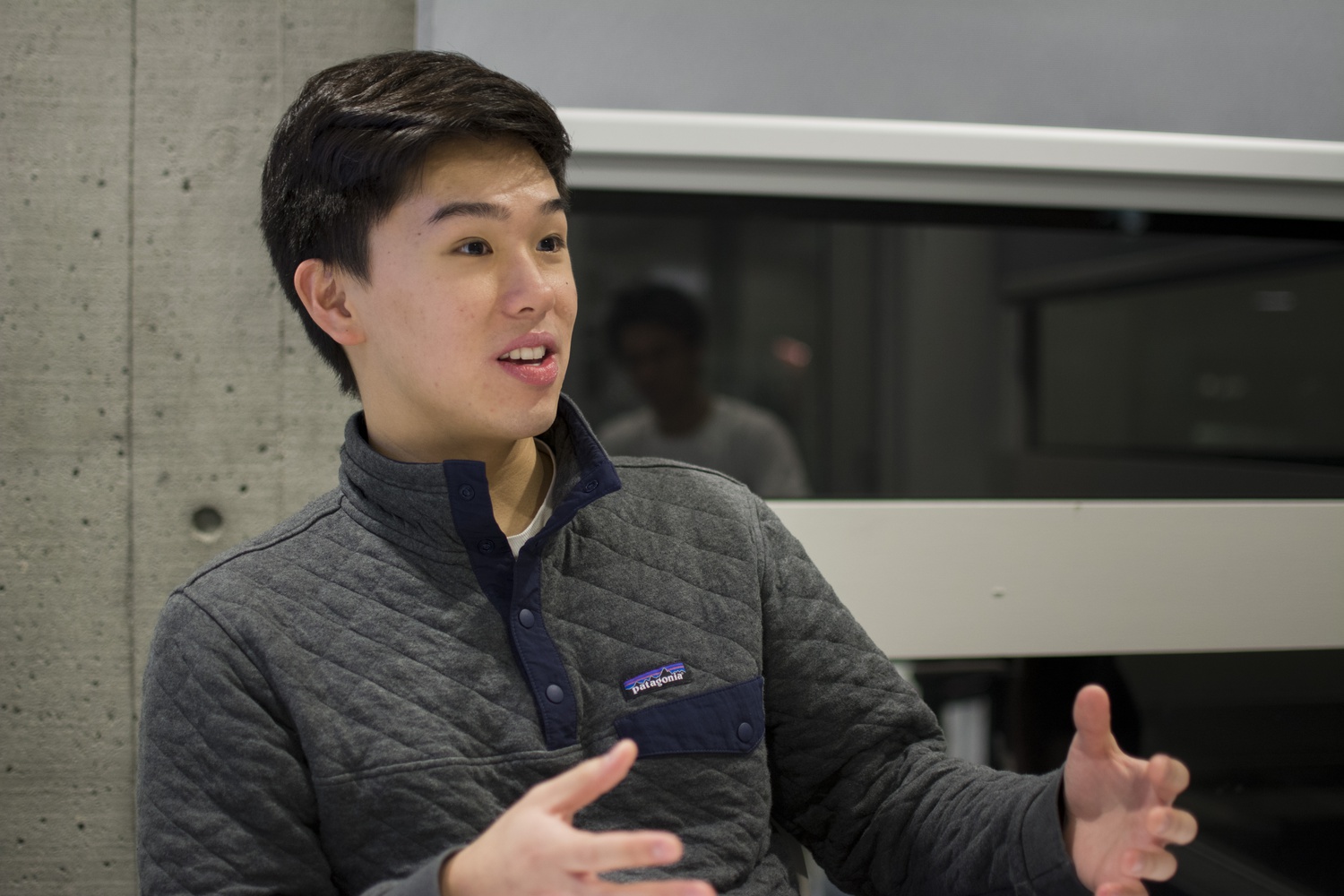 Joshua Y. Chiang ’22 is a sophomore in Eliot House. Since he started posting on TikTok, he has garnered more than 86 thousand followers. By Thomas Maisonneuve
Advertisement
Advertisement

Chiang’s content highlights some of the more comical ways Harvard chooses to spend its endowment: Specifically, Chiang has garnered followers by creating videos about the vast selection of off-brand cereal in the dining halls and the mold that was growing in his dorm room in Eliot House.
By Harrison R. T. Ward

If University President Lawrence S. Bacow were to watch the videos that Joshua Y. Chiang’s ’22 posts on TikTok, Chiang believes his reaction would probably be “negative.” After all, one of Chiang’s followers on the app has called him “the CEO of exposing Harvard.”

Chiang — who has garnered more than 86 thousand followers on the app — first went viral after he posted a video showing that the colored Luxembourg chairs in Harvard Yard cost $762.00 each.

If you happen to be uncultured (or a boomer), TikTok is an app that hosts a smörgåsbord of short videos, each only 15 to 60 seconds long. It is best known for clips of users mimicking viral dance challenges, made possible by TikTok’s large library of songs and widespread following.

But TikTok is home to much more content than just dance videos. A number of Harvard students have found a home on the app, including Chiang. His videos are an eclectic portrayal of Harvard life, from exclusive community dinners in Eliot, to day-in-the-life vlogs, to videos explaining every student’s unspoken desire to get hit by the Quad Shuttle in order to not pay tuition.

Chiang’s content highlights some of the more comical ways Harvard chooses to spend its endowment: Specifically, Chiang has garnered followers by creating videos about the vast selection of off-brand cereal in the dining halls and the mold that was growing in his dorm room in Eliot House.

Asked why he made these videos, Chiang says, “I think I only do that because I, myself, have been slightly disappointed [with the living conditions at Harvard]. Because it’s like, you come to one of the best universities in the world, and there is mold in my room or the washing machines don’t work and I can’t do my laundry.”

Describing his video-making process, Chiang says, “What has been doing well, I try to mimic.” He admits that “sometimes it works; sometimes it doesn't.”

The normally-upbeat tone of most TikTok content belies the stress and demanding requirements of being an influencer, Chiang says.

He has recently decided to post videos less often. “When I posted random, boring, or uninteresting stuff, I noticed that people will unfollow me. And that’s also another stressful aspect,” he says. “What am I doing wrong? Why are people unfollowing me?”

In the beginning of his career, Chiang considered quitting the app because of the stress of constantly checking on the performance of his videos. Even now, he considers quitting, questioning whether TikTok is worth the impact on his mental health — he explains that he was recently surpassed in followers by two other TikTokers at Harvard, A. Blake Barclay ’22 (102 thousand followers) and Sam M.S. Welsh ’22 (158 thousand followers), both of whom are newer to TikTok than he is. Their success has made him ask: “What am I doing wrong?”

Chiang took a hiatus from the app and concluded “it honestly doesn’t matter how many followers I have, or who has more followers. It’s more about me, having fun making these videos, and ultimately documenting my time at Harvard.”

Moreover, Chiang often thinks about his status as an Asian American Harvard student on TikTok, a platform on which he says he “[doesn’t] see too many Asians.” Many of the top influencers on the app are white, including most members of the Hype House, a group of some of TikTok’s most popular users who produce content from a house in California.

Chiang wonders if being Asian American has an impact on his ability to gain followers. “I feel like if you’re an Asian influencer, your fan base is more likely to be Asians, whereas if you’re white, Asians and white people also follow you.”

Chiang also says that some people in the comment section of his videos perpetuate stereotypes about Asian Americans, specifically at Harvard. “Some of my comments, people would be like, ‘Of course, he’s Asian; he’s super smart.’”

That’s why Chiang applied for a position at TikTok as a summer intern. While he doesn’t feel confident that he will land the role, he mentions that shortly after his first viral video someone who works on the partnerships program at TikTok messaged him directly, writing: “We love your content. Keep on making Harvard stuff.”

—Magazine writer Harrison R. T. Ward can be reached at harrison.ward@thecrimson.com and on Twitter at @H_Dubs10.