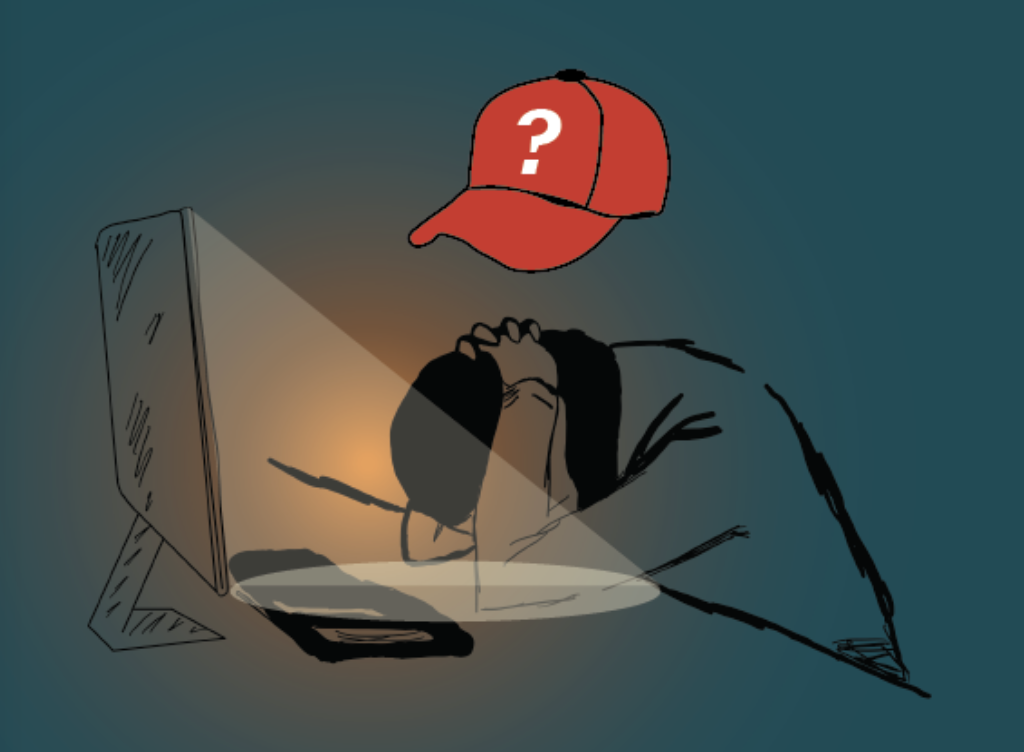 To the lanyard wearing, (hopefully) not Jefes headed, class of 26-er:

You did it — hoorah!

You made it into Massachusetts’s very own “small-liberal-arts-school-just-outside-Boston” school. your parents couldn't be prouder;your friends can’t stop posting you on their IG stories. And somehow your Tik Tok has finally blown up (spoiler alert: it definitely was your reaction video). You’ve been following people non-stop on IG, and have a draft of “Hey everyone! My name is….[insert name and hometown here]” in your Notes app for when you’re finally ready to make your debut on @Harvard2026. If you’re anything like I was, you’ve been cruising through second semester senior year since your decisions came out: aka showing up to first period 20 minutes late everyday with Starbucks in hand and no f*** left to give. Life is good and you “can’t wait for the next 4!” ;)

But as a seasoned second semester first-year whose transition to college put them through hella character development, I will tell you this NOW (and save you some money on plane tickets —more on this later): it is OKAY to be unsure of going to Harvard.

Not-so-surprising disclaimer: everyone and their mom (and maybe even your own) will tell you otherwise. Maybe not so directly, but with so many future “You can’t turn down Harvard!” and “You got into Harvard?!?!?” coming your way, the message is hard to miss: you just can’t get into the world’s best school and NOT go.

Spoiler alert: it's not. The legend is true: it is SO important to consider your options and choose the school that is truly best for YOU.

Harvard was my dream school. When I got in early, there was no way in HELL that I was going to a) give up my winter break to do a hundred other applications or 2) go crazy and give up a spot at MY DREAM SCHOOL?!?! So instead, I did the only sane, medically approved option: slept in till noon everyday, finally binge watched all eight Harry Potter movies, and went out for boba with my parents every night.

Do I regret it?

That's a difficult question to answer.

Overall — key word here — I've loved my time at Harvard. I have great friends, the best roommate I could ask for, advisors and proctors who have done more for me than their paychecks probably require of them, and I've found classes and clubs I'm truly passionate about. Though I’ll be on the first flight to Los Angeles post-finals, I have to admit: I’ll miss my first year.

But that doesn't mean it was easy. This is probably definitely oversharing, but in the spirit of complete and total honesty, I was ready to pack my bags two weeks into the fall semester. I was homesick, heartbroken, and depressed. What I had spent my entire life looking forward to — the dream I had dedicated nights and years and time and effort to — had let me down entirely.

There's a lot of reasons for this — the culture shock, leaving home for the first time, adjusting to college life — but for the sake of brevity, I’ll only focus on one: I hadn’t allowed myself to have options besides Harvard.

The minute I opened my acceptance letter and read the words “Congratulations!”, it had ended for me. All of the late nights and tears and sweat had finally paid off and transformed into a dream come true—how could I ever let it go?

I didn't allow myself to imagine a non-Harvard future. I didn't give a thought to any of the other schools that had accepted me. When I was unable to visit other schools, I comforted myself with the idea that visiting was pointless. Like everyone around me, I thought to myself, What's the point? It's not like you're going to go anywhere else. From the very first day, I convinced myself that to go down any path other than the Harvard path was not only impossible, but incredibly silly.

After succumbing to a crippling homesickness and visiting home after only two weeks of being in Cambridge, I realized that contrary to what the world around me said, I had been wrong. I should have considered and explored other schools. I should have visited the towns and campuses where I would commit to spending the next four years of my life. I should have given myself the chance to choose the school and future and life that was truly right for me, instead of just thrusting myself into a decision.

Do I blame myself for being unable to do so? No, for the same reason I could never blame any pre-frosh for doing the same. This may sound like the epitome of “first world problems,” but saying “No” to Harvard is hard. The world tells you you're crazy and ungrateful and that to do so would be not only foolish, but the biggest regret you’ll ever have. No instruction manual exists on how to tell your parents that you’re rejecting the dream you spent your entire life working for and that they sacrificed so much for.

But as I quickly realized after setting foot on campus last fall, maybe I should have. It's hard to say “No” to something a) you love b) have worked your entire life for and c) is objectively an amazing academic and professional opportunity. But if there's anything I learned last year, it's that the right choice is too, too often the most difficult one.

As someone who didn’t think they’d make it past September 2021, trust me when I say that things get better, they do. Have I loved my time and the relationships I’ve created at Harvard? Absolutely. Will I most likely (knock on wood here) continue to do so? I know I will. But do I know that I’d just be the taddest bit happier at UCLA or Stanford—somewhere not literally across the country from home? Yes. Can I say Harvard was without a doubt the absolute best choice for me? No.

We all make our own decisions and choose our own paths. I firmly believe that everything happens for a reason and that it all works out at the end. My path has brought me to Cambridge and it seems like I’ll be — happily, don’t worry — spending the next three years of my life here. But the best advice I can give any indecisive pre-frosh is to do what's right for YOU.

The world may tell you you’re crazy and your mom may cry and you may hate yourself when you look in the mirror for a while, but at the end of the day, who’s life is it? If you’re going to be stressed over adulthood and fighting for your life in chemistry courses, why be so in a place you hate? If you’re going to go through the character development that is college, at least get that character developed in a place like California, where the palm trees sway and the temperature never drops below 70 degrees. As I say to myself prior to making too many life decisions, you only live once—make sure to make the most of it.