The College Campaign of 2010: So Many Colleges, So Little Time 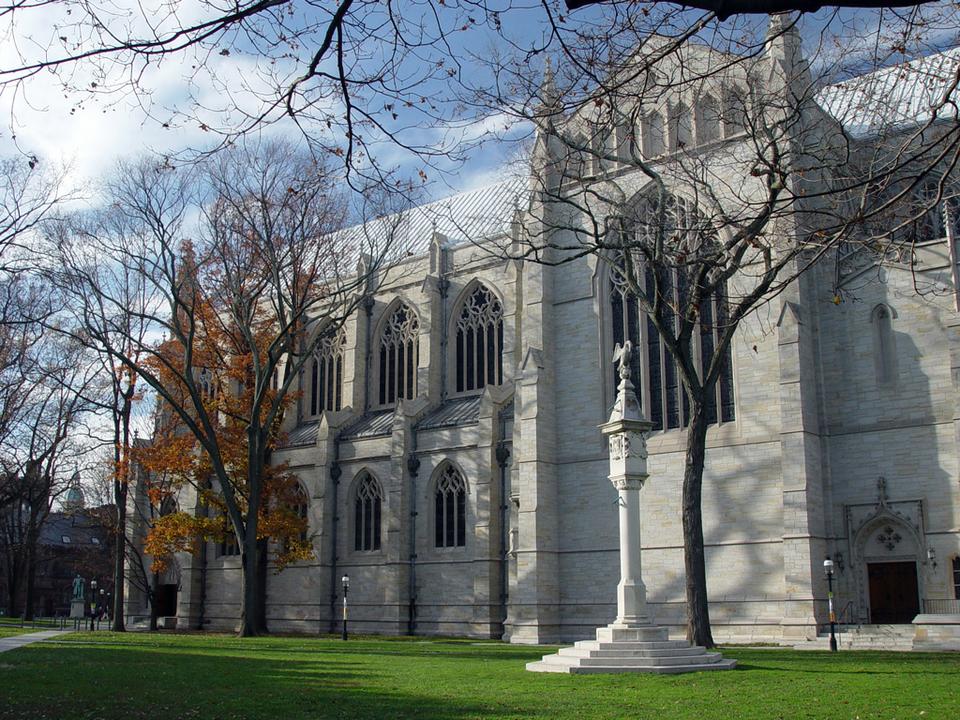 To protect the author's privacy, the Admissions Blog has granted her anonymity for this series. Read Part I here.

Mid-April 2009 found my mother and me poring over college brochures, checking train times, and calling up relatives. Really, it was mostly my mom. I was too busy reading admission statistics in three-inch thick college guidebooks to bother with the minutiae of interstate transportation. Our plan was to take the Amtrak between cities for a few days, stopping at all the colleges I wanted to visit.

“You go to Yale?” the cab driver asked me, en route from the train station to campus. “No,” my mother answered on my behalf, “but maybe next year!” It was only my second college tour—I’d looked at Amherst over February break and had been dismayed by the sub-zero wind chill in Western Massachusetts—so I was only partially sure what to expect.

My mom and I were just entering Yale’s information session when we heard a voice call her name. She looked around. It was coming from a man her age, burly, balding and excitedly waving. She looked at him blankly. He gave his name, and recognition dawned on her face. “Oh my God,” she whispered to me. “He was my boyfriend for the first few weeks of college!” She hadn’t recognized him—he’d changed more over the years than she had—but went through the obligatory pleasantries with his wife and two children, the older of whom was a boy my age who was also interested in Yale. We sat down. This was going to be a most interesting day.

Could we do three colleges in a day? Did it matter? After finishing up at Yale and taking the train to New York that same afternoon, we crashed at my grandparent’s apartment for the night and woke up the next morning to ride the subway down to NYU. First impression of our tour guide: She looked like a red-haired Kristen Stewart! I was immediately impressed with NYU. The spell started to wear off when I saw a 100-square foot double bedroom, though, and by the end of the day the lack of a campus and hectic atmosphere had me disillusioned.

A few hours later, we found ourselves at Columbia. Immediate impression: imposing yet calm. Did I want a Core Curriculum? Did I even know what that meant? With barely any time to think, we went off to another information session and tour at Barnard, right across the street. There was only one other student in the small information session. We were, it turned out, slight acquaintances from camp years before. Surprise reunion #2 of the trip! After the tour, we met up for a few minutes with my second cousin, a Barnard freshman, and then returned to my grandparent’s house for a night of family and sleep before hightailing it to Philadelphia the next day.

The day dawned with near-disaster. We woke up late (or took too long on our morning run…) and dashed to the train. “You go upstairs, I’ll go downstairs!” my mom yelled, deciding it was more efficient to split up to find our train. After fifteen minutes of running through Penn Station, we finally located it and boarded with only a few minutes to spare. Muttering recriminations at each other—“You’re so bad at directions!” “No, you are!”—we settled in, breathless and tired.

Luckily for our nerves, the rest of the day went smoothly. We arrived in Philly, dropped our bags at our hotel, and went off to the Penn campus, perfectly on time for our tour. I met up with two friends from home I’d known would be on the tour, and also bumped into a friend from synagogue I hadn’t seen in a while. We sat on the Ben Franklin statue and asked important questions about the quality of dining hall food. We went running along the old industrial shores of the Schuylkill River, had dinner with a cousin who’d gone to Penn, and returned to our hotel.

We were finally heading north towards home, but first had to stop off in Princeton for the last leg of our tour. I was put off the school from the start. Maybe it was too many days of travelling, too many identical information sessions, or just the horrendously annoying tour guide who kept tripping over her flip-flops as she did the ubiquitous backwards walk. For intuitive yet superficial reasons, I wrote Princeton off from the start. That didn’t stop me from buying a T-shirt – Go Tigers! – but when we sat down for dinner with more cousins, these ones a Princeton professor and his daughter, I could have cared less when they warned me how competitive admissions were.

As we sped home on the train that afternoon, I reflected on our hectic past few days of college tours. Out of the schools I’d visited so far, Columbia was my favorite. There were many more I’d see in the coming months with my father: Brandeis, where my dad creepily peered through the window of his freshman dorm room; BU and Harvard, where the two of us arrived on bikes, sweaty and decidedly out of place among the suit-wearing prospective foreign students; Wesleyan, where I bumped into another friend from camp on a sweltering late August morning; and Brown, where even the steep campus hills couldn’t dissuade me from falling in love. I sat in on a class at Tufts, flew to D.C. and St. Louis to see GWU and WashU, and, finally, was done with tours.

It was application time.

The third installment of the College Campaign of 2010 is here. Read it now.