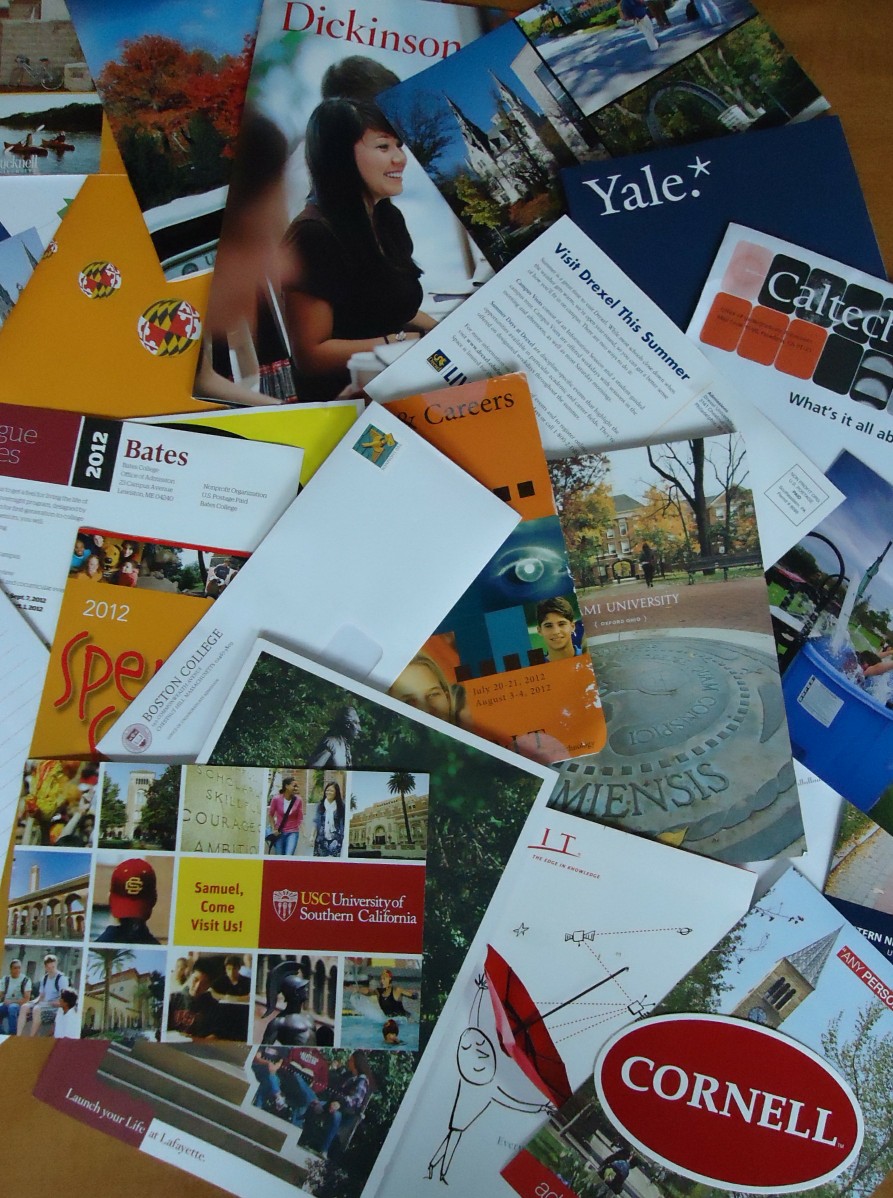 A new year, a new batch of weekly college admissions news updates!  Here are some tasty morsels fresh out of the oven:

HOLISTIC ADMISSIONS HOOEY. Maybe college rejections feel so personal because U.S. admissions offices say they evaluate you as a whole person.  But that claim is false, writes Phoebe Maltz Bovy in The Atlantic.  Her article cogently argues that the "holistic" college admissions process is just a nicer-sounding name for the self-serving desires of universities and wealthy parents. Ouch.

DIVERSITY DECEIT. When it comes to racial diversity, researchers discovered that campus brochures lie. A study found that "the whiter the school, the more diversity depicted in the brochures."

PRICE WARS. The Ivy League and other selective schools tend to treat tuition like Kohl's treats prices: high sticker prices, big discounts.  But now some schools with less brand-name appeal are moving to a another model: lowering tuition across the board.  Converse College, for instance, just slashed its rates by 43%!

TESTING TRANSITIONS. The SAT, ACT, and AP tests are all undergoing some big changes.  The ACT is going tech-savvy, AP Physics B and U.S. History are being revamped, and in 2015, the SAT will debut its latest attempt at being relevant—more linear functions and fewer arcane vocabulary questions (which means you probably won't have to memorize words like "arcane"!). According to U.S. News & World Report, the new SAT writing section promises to "discourag[e] students from simply making up facts to argue their point."

QUEEN BEES OR WANNABES? You know that high school girl who thinks she's so cool and has a little posse of friends pumping up her ego all the time?  She's got a counterpart in the higher-ed scene, in the form of colleges ranked highly by high school counselors but ranked fair-to-middling by officials at peer academic institutions.  According to U.S. News & World Report, colleges who seem to have peaked among high school counselors include St. Mary's University of Minnesota, Biola University, Soka University of America, and Purchase College—SUNY.

THE BENEFITS OF STUDENT DEBT. A Tufts University senior makes the claim that low-income students should take on significant loans if it means being able to attend prestigious colleges.

WELL-ROUNDED VS. ANGULAR. Move over, high cheekbones: "angular" has a new definition.  The director of college counseling at Phillips Academy in Andover claims that, in the hypercompetitive college admissions world, well-rounded is out, angular is in.  Having a long list of extracurriculars won't work anymore. Kids have to be great at something and be able to explain why they love it.

BATMAN'S BACHELOR'S DEGREE. For those of you battling the blues over early admissions rejections, here's a funny take on superheroes' college years.