Science Complex Construction To Halt in 2010 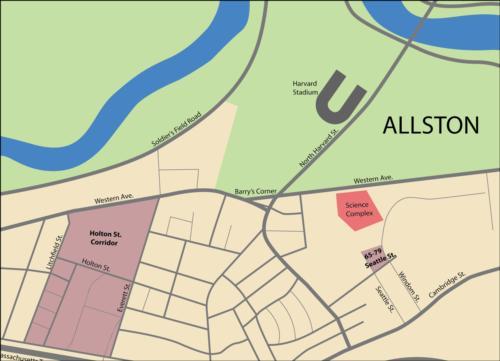 Harvard will halt construction of the Allston Science Complex indefinitely in early spring 2010 after the structure’s foundation is completed but before the building becomes ready for tenants, according to a letter sent by University President Drew G. Faust to the community early yesterday afternoon.

The move, approved Monday by the University’s highest governing body, leaves uncertain what form the science complex will take and casts confusion on the construction timeline of an expansion already plagued by delay and resident concerns.

The Harvard Corporation's decision, which comes just months after the University announced that its endowment dropped an unprecedented 30 percent last fiscal year, was based on the “altered financial landscape of the University, and the wider world,” which “necessitates a shift away from rapid development in Allston,” according to the letter.

The pause follows Harvard’s announcement in February that it would slow construction of the Science Complex while it examined various options and timelines for completing the project. At the time, Allston residents criticized the University for slowing construction while Harvard-owned properties in the neighborhood sat vacant.

The Allston Science Complex is the first component of Harvard’s ambitious 50-year plan to construct an extension of its campus across the Charles River and was intended to serve as a hub for stem cell research and interdisciplinary science. Faust’s letter stated that the delay in construction would “in no way slow Harvard’s significant momentum in the life sciences.”

Even before Thursday’s announcement that the slowdown would soon come to a halt, construction delays had created difficulties for some Harvard scientists, as it became clear that promised space in Allston would not be ready on schedule. In particular, stem cell researchers who had planned on moving into the Allston Science Complex were instead relocated to laboratories in Cambridge, displacing Molecular and Cellular Biology faculty and causing tensions with administrators.

The letter emphasized that the University would continue its “commitment to a program of active stewardship of Harvard properties.” Faust’s letter announced a new plan for Harvard’s presence in Allston, consisting of three phases—“property stewardship and community engagement; campus planning and greening; and campus development.”

The first phase will involve leasing out 100,000 square feet of Harvard-owned property in Allston that had previously been reserved for “construction support.” It will also work to make its properties more attractive by “investing in upgrades and improvements” in the properties it currently owns.

Additionally, the University will extend short-term lease contracts and encourage real estate brokers to “reach more potential tenants for Allston properties.” Faust also emphasized that this first phase will involve the continued development of the University’s public service programs in the neighborhood, which include the Harvard-Allston Education Portal, an education partnership between the University and Allston Public Schools.

The second phase of development in Allston will involve greening the community, for instance through the completion of Library Park—a public park for the neighborhood.

General campus development in Allston, the third and final phase of the new plan, will occur “as resources allow and only after a targeted evaluative process that will begin next month.” The process will be led by a new guided Work Team “with expertise in design, urban planning, business strategy, real estate development, and public policy,” according to the letter. The committee will include Peter Tufano, senior associate dean for planning and university affairs at Harvard Business School, Bill Purcell, director of the Institute of Politics and former mayor of Nashville, TN, and Alex Krieger, chair of the department of urban planning and design at the Graduate School of Design.

“President Faust asked us to help the University think through its opportunities in Allston and we enthusiastically agreed,” wrote Bill Purcell in an e-mailed statement. “We are looking forward to getting underway, and to developing options and recommendations for Harvard’s campus development, as well as for strong and lasting engagement with the Allston-Brighton community.”

University Executive Vice President Katharine Lapp said that it was too early to say what sort of timeline the new Work Team would follow.

“It’s premature to give you any sense of timing, but I can say that we will see a more sequenced approach towards development,” Lapp said.

She emphasized, however, that the new plan for the complex would come in “months, not decades.”

“The Work Team will be fully populated in coming weeks, and the expectation is it will be getting underway with discussions and putting our work plans together and agendas together starting right after the 1st of the year,” Lapp said.

While Lapp said that it was “premature” to talk about concrete recommendations the Work Team could consider, she mentioned that the University might consider “co-developing” the Science Complex with other institutions.

“We don’t have any preconceived notions of what partners or approaches would be the best for us, but what we do know is that it has been a very successful strategy for many universities and institutions across the country, and it is something we need to explore,” Lapp said.

—Peter F. Zhu contributed to the reporting of this story.