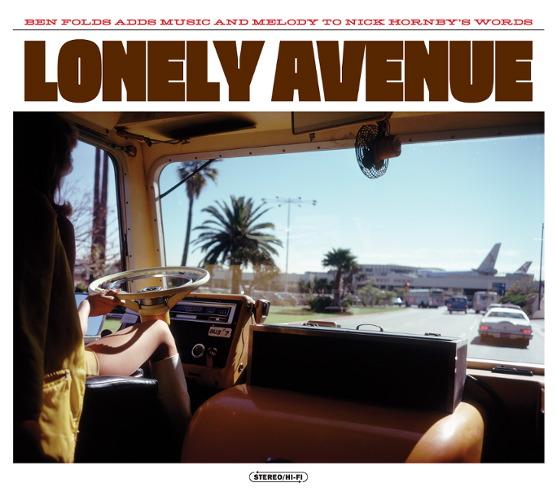 “Lonely Avenue” is exactly what anyone would expect from a collaborative work involving Ben Folds and Nick Hornby – cerebral, melancholy, and musically adventurous. Hornby, a prolific writer and music reviewer, best known for his novels “About a Boy” and “High Fidelity,” wrote the lyrics, while Folds wrote the music. Because of this division of labor, there is a constant battle between the lyrics and the instrumentation of “Lonely Avenue,” and at times the album sounds more like a series of in-depth character studies set to unrelated music as opposed to a cohesive album.

The album is clearly written for an intellectual audience, or at least one that is well-versed in cultural references that are no longer immediately obvious. The album’s title, “Lonely Avenue,” pays homage to Doc Pomus, the famed songwriter who penned Ray Charles’s hit of the same name in 1956. Pomus is also the subject of one of the early songs on the album—“He could never be one of those happy cripples / the kind that smile and tell you life’s okay,” sings Folds on “Doc Pomus.”

Pomus is not the only famous individual featured on the album; Sarah Palin’s almost-son-in-law, Levi Johnston, is the subject of “Levi Johnston’s Blues.” The chorus, “I’m a fucking redneck / I live to hang out with my boys, play some hockey / and kill some moose,” at first seems like an condemnation of Johnston, but ends up being a nod to the confusion he must have felt as a “redneck” attacked by the vicious media with a girlfriend who served as little more than a political pawn. This is Hornby’s gift as a writer turned songwriter—he makes listeners empathize with his characters, even if he is rewriting unsympathetic characters embedded in the collective consciousness.

Folds’s instrumentation on “Lonely Avenue” is as successful as Hornby’s songwriting. The banging and clashing rock stylings of “Saskia Hamilton” (named after an American poet) provide a unique moment on the piano-heavy album. The driving percussion creates a mood of manic obsession well, one of the few moments on the album in which the tone of the music and the meaning of the lyrics match. Folds very effectively creates mood with music; on “From Above,” the minor chord progressions and haunting background vocals contrast with the perky beat in a dissonant way, creating an otherworldly soundscape and a very particular shade of moodiness. “Your Dogs” employs similar tactics by mixing electronic transitions with a pounding beat, bouncing piano, and numerous time changes to create an angrily happy, or perhaps happily angry mood.

Unfortunately, the strengths of Hornby and Folds don’t quite mesh on “Lonely Avenue”. “From Above,” one of the best songs of the album, is about two soulmates who exist in the same space but never find each other—“Sure we all have soulmates / but we walk past them everyday”—and the otherworldly, generally perky music doesn’t fit with the subject matter. Similarly, “Picture Window,” with the thought-provoking lyrics, “Hope is a bastard / hope is a liar / a cheat and a tease,” is not quite a match for the nasal singing and the soaring orchestration that Folds provides.

“Lonely Avenue” is more of an intellectual exercise than an album for pleasurable listening. At the same time, Hornby’s character vignettes are a pleasure and Folds’s singing and creative instrumentation are as good as they always are, making the album an overall success. At the very least, it inspires a desire to look up the life stories of Doc Pomus, Saskia Hamilton, and Levi Johnston, providing a Wikipedia adventure nearly as long as the 45-minute album.

—Staff writer Araba A. Appiagyei-Dankah can be reached at aadankah@fas.harvard.edu.