Maddow Discusses Politics and the Media 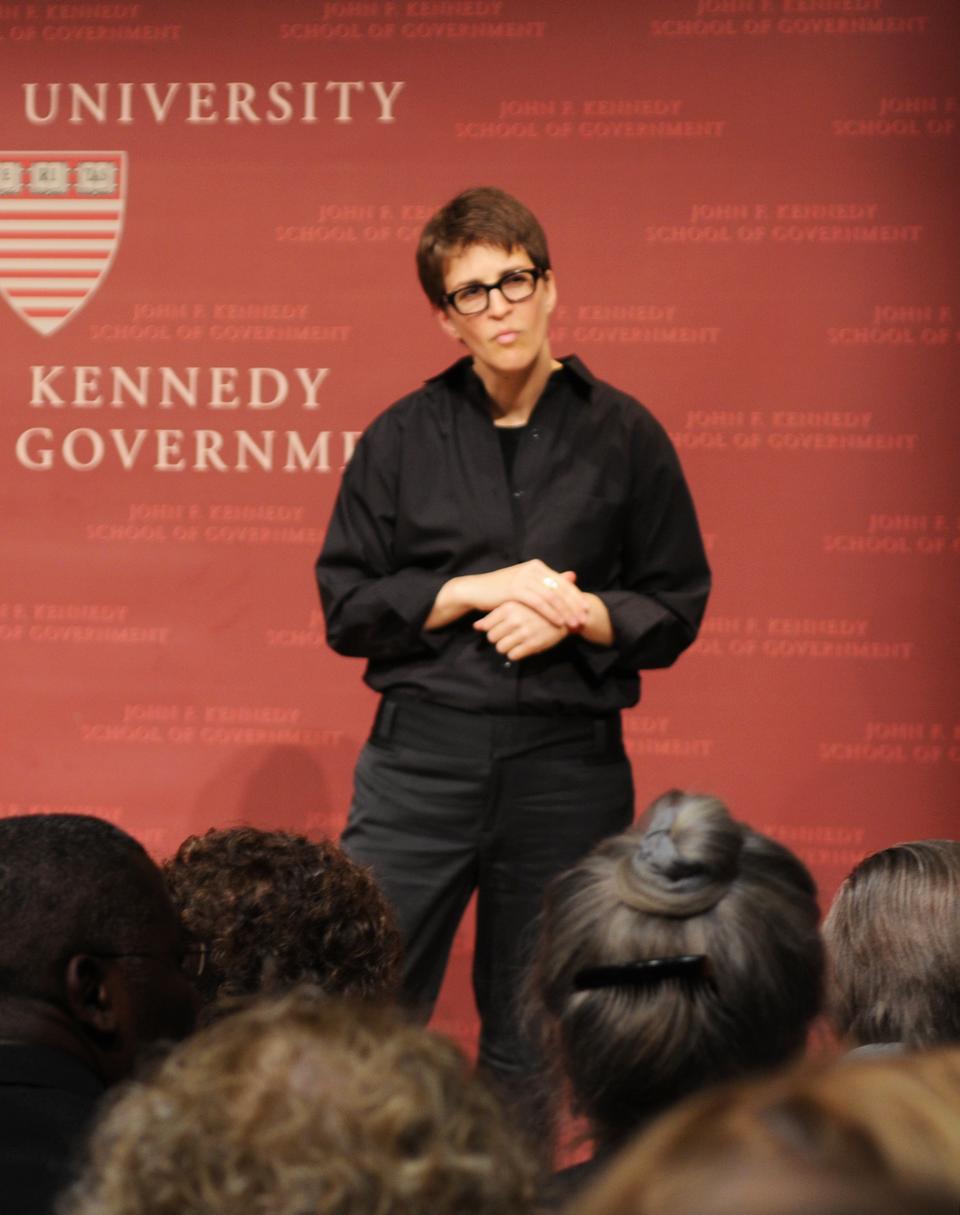 Rachel Maddow, host of MSNBC’s The Rachel Maddow Show, speaks about the role of the media in the campaign process at the Institute of Politics last night.
By Benjamin M. Scuderi, Contributing Writer

Rachel A. Maddow criticized the growing gap between the campaign process and the reality of governing last night at Harvard Kennedy School, during the Theodore H. White Lecture on Press and Politics, in which she said that this gap has been driven by the American media.

Maddow, the host of the popular Rachel Maddow Show on MSNBC, said that in today’s news business, “what’s working is political conflict.”

Maddow began her remarks by stating that the American public “hates” the press. She cited the recent coinage of the term “lame-stream media” as an example of the distaste for reporters.

Maddow said she sees the effect of popular antagonism against the media in her own ratings.

“Am I particularly more exciting when I talk about Fox News?” she said.  “The numbers rise because there is an appetite for hearing that commentators from the right are terrible people.”

She said the lines between governing and campaigning have been erased, and the climate of intense campaigning usually reserved for the final days of political campaigns exists constantly now.

This climate, she said, creates problems for governance. As an example, she said that newly-elected Republican congressmen have been told not to join committees because committee membership is bad for future campaigns. “Committees are where Congress does a lot of its work, in, you know, making laws and stuff,” she said.

She also added that the current media landscape favors “screamers.”

She said that the loss of a single, authoritative, voice in news, replaced by a multitude of voices, is not a bad thing.

She called the current media landscape a meritocratic one in which the best, most journalistic websites are the most read.

Members of the audience were generally receptive of Maddow’s message. “I agreed with her,” said Morgan M. Wilson ’14.

“She comes from an intellectual standpoint, and as she said, she’s not a screamer.”

“I think she has a perspective that isn’t often shared about how the change in American media can be a positive thing,” said William F. Poff-Webster ’14,

Before the lecture, the Shorenstein Center on the Press, Politics, and Public Policy presented the David Nyhan Prize for Political Journalism to William Greider, the national affairs correspondent for The Nation.

“Bill Greider has strong views, and he’s been expressing them for more than 40 years,” said Alex S. Jones, director of the Joan Shorenstein Center on Press, Politics and Public policy in his introduction.

An earlier version of the Nov. 15 news article "Maddow Discusses Politics and the Media" stated that the lecture was delivered at the Institute of Politics. In fact, the location was Harvard Kennedy School. The Shorenstein Center on the Press, Politics, and Public Policy—not the IOP—presented the David Nyhan Prize.