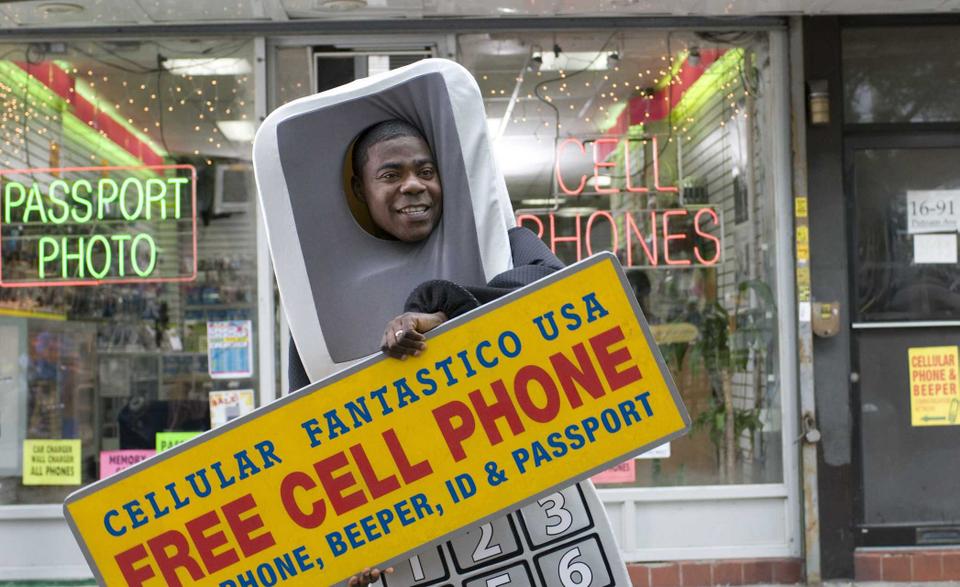 If it were necessary to succinctly describe the reputability of Kevin Smith’s latest buddy-cop venture “Cop Out,” it would be best to default to a typical line from Tracy Morgan’s character in the movie: “I set records with my shit-turds!”  Unfortunately, “Cop Out” represents a literal cop out by Kevin Smith in the production of a “shit-turd” of a film.

The movie is a striking downturn in Kevin Smith’s now-questionable tenure as a director, a case-in-point of Bruce Willis buttressing the self-fulfilling prophecy of his declining career, and an example of why Tracy Morgan should stay off the silver screen and on cable for everyone’s sake.

Everyone loves a buddy-cop film. Whether it’s Jackie Chan and Chris Tucker together in “Rush Hour” or Martin Lawrence in “Blue Streak,” “National Security,” or “Bad Boys,” the normally-funny dynamics of characters and plot lend themselves to successful films. With hysterical love/hate relationships between the partners, the usually high-paced and unrealistic save-the-world plots, goofy slip-ups, and ass-kicking repartee, the genre has always offered a lot to audiences. But “Cop Out” surely gives the genre a bad rep.

Up until last December, “Cop Out” was originally to be titled “A Couple of Dicks,” which would have been appropriate in its own right. The entire hour and a half movie represents the “dicking around” of Bruce Willis and Tracy Morgan in a pointless, time-wasting plot with their accompanying Z-list acting performances.

Throughout the movie, you can tell that even Willis and Morgan know it is a terrible film, with visible sighs and eye rolling by the two that seem to move beyond the script and into their feeling about the film that they’re putting their names on.

Tracy Morgan’s cop character is supposed to be a reputable, well-seasoned officer who has had many decorated years on the force. But his character is so utterly stupid and incompetent that it is quickly obvious that this is impossible, implying either a complete casting failure or an intended joke that simply isn’t funny. His character is given a part that includes some serious emotions, but Morgan is incapable of playing a character with personality traits beyond stupidity and mockingly idiotic sorrow. He is trapped in an idiot box of slapstick comedy that prevents him from playing an actually funny role outside his hilarious “30 Rock” alter-ego, and thus should stick to his day job.

Bruce Willis, on the other hand, should retire. Ninety percent of his roles have been gritty, pissed-off big-city cops, and in a logarithmic fashion, each of his roles have been less and less complex, intriguing, and worth watching. “Cop Out” epitomizes this inconvenient truth. Bruce Willis’s “Die Hard” hero John McClane is still a beloved character, but ever since “Die Hard,” Willis has been shooting for and failing to reach that first high. In “Cop Out,” his utter irrelevamcy as an actor is made explictly clear and he should accept that before he unleashes “Cop Out 2.”

All the blame cannot be put on Willis and Morgan, though. The script, story, and directing are the equivalent of a third-grader’s art project shot with a dad’s camcorder. Kevin Smith, in all ways possible, dropped the ball. The story has absolutely no stakes, no worthwhile subplots, nor any reason for the audience to have a vested interest in what is happening on the screen. Despite its R rating and rampant profanity, “Cop Out” is a PG-13 comedy overdosed on unnecessary sex jokes and crude language. A taint on even as poor a filmography as Kevin Smith’s recent works, “Cop Out” is a cop out by all those associated with its production and should be avoided at all costs.