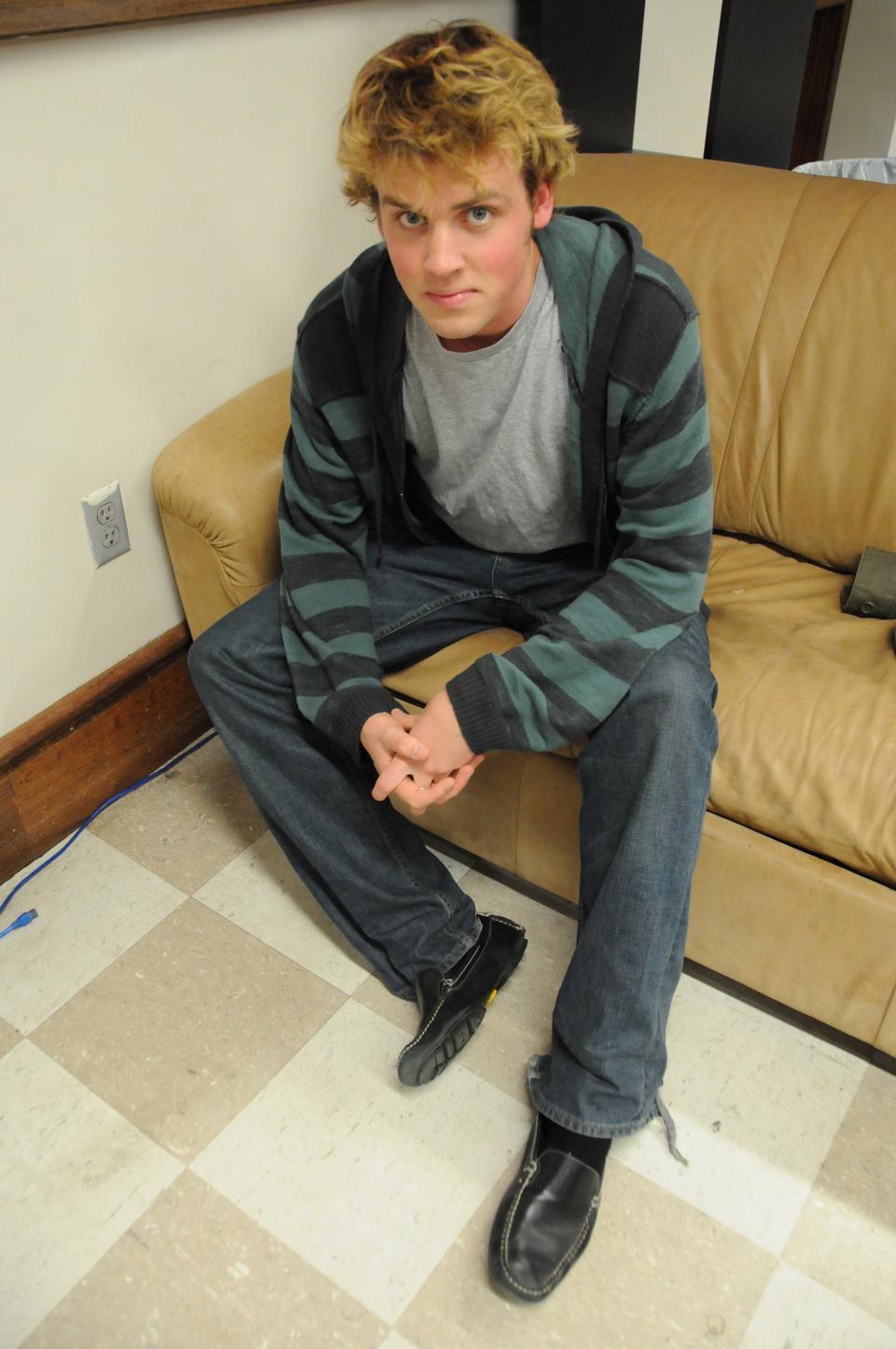 Inspiring, magnetic, and daring are words that frequently appear in descriptions of theatrical superstar J. Jack Cutmore-Scott ’10. During his time at Harvard, he has been involved in every aspect of the theater process—he has performed in 14 productions, directed or assisted in six others, and written four original plays. This spring, he is a recipient of the Louis Sudler Prize in the Arts for his outstanding talent and achievement in the performance and composition of drama.

Cutmore-Scott grew up in London and came to Harvard after taking a gap year to train at the London Academy of Music and Dramatic Art. He is an English concentrator, but has also studied Russian, Italian, French, and Portuguese.

At the same time, an important part of his education has come from exploring and pushing his own artistic horizons on the stage. “A big part of my ambition while I’ve been here is to try and make sure that every project that I took on has been challenging me in a different way than anything has challenged me before,” Cutmore-Scott explains. “I’ve loved trying stuff that I am not really sure I can do. Like playing in Hasty Pudding was very much out of my comfort zone—I was a wolf and then a female swan—and that was a great experience.” Indeed, he has had the courage to play roles ranging from that female swan to Hamlet, and from a manipulative thug to a homesexual man during the Holocaust. He has also acted in student films and improv comedy.

Fellow actors remark on his generosity on the stage and sense of humor. Rachel E. Flynn ’09 says, “You know that he’s going to be fun and always supportive—that you’re going to have a great time and that he’s got your back.”

Cutmore-Scott made his professional debut this April as the lead in “Entertaining Mr. Sloane,” a Publick Theater Boston production. His performance earned him a nomination for the Elliot Award, which recognizes excellence in Greater Boston Theater.

In his four years here, Cutmore-Scott has also been focused on writing and producing original work—three of his own plays as well as the original work of others. In his very first year at Harvard, Cutmore-Scott wrote, directed, and produced “Fall,” a comedy about the ups and downs of being a freshman. “There is always a spin and twist to his writing,” Zachary B. Sniderman ’09 notes. “Even with something like ‘Fall,’ which seems straightforward, he was looking for ways to break the boundaries.”

Alex R. Breaux ’09, who has acted and collaborated with Cutmore-Scott several times, characterizes him as a theatrical renaissance man. “He is really a theater artist… He has the drive, but also the charm to pull off mounting a production from its hatching of an idea all the way through casting, through rehearsals, and then really put on a good product,” Breaux explains. “He has that well-roundedness that you really need to make an impact in theater.” Breaux believes that Cutmore-Scott has made an important contribution to Harvard theater by setting the precedent of bringing fresh work to the stage. In doing this, he has both made room for original work to be produced in the Loeb Experimental Theater and helped create an atmosphere where people are receptive to it.

Reflecting on his theater experience at Harvard, Cutmore-Scott says, “I came in knowing that I enjoy theater and it’s a good hobby. I’ve realized that it’s become more than a hobby and I can’t really imagine myself doing anything else professionally.” Next year he plans to keep auditioning while writing and producing plays. “I’ll see where it all takes me,” he says.

Eric C. Engel, his director at the Publick Boston Theater, believes that Cutmore-Scott’s abilities will take him far. “I have found Jack to be an extremely gifted and gracious actor, and I look forward to seeing his career flourish. I have no doubt that it will,” he says.