Don’t be Afraid to Take Risks 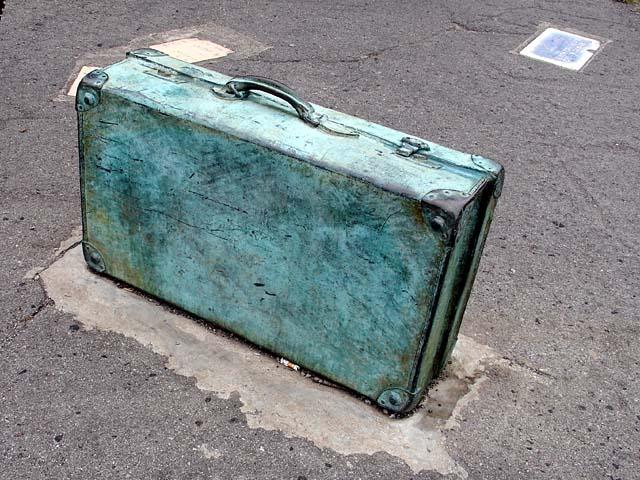 You will remember your graduation as a happy conclusion to endless problem sets and exams, the beginning of the next chapter in your life, and a bittersweet farewell to close friends and valued mentors. It’s a big day.

Some of you, no doubt, are deservedly feeling very good, because you know what the immediate future will bring. We all know the statistics. The overwhelming numbers of Harvard graduates who dive straight into career-track positions at banks or consulting firms or head directly to top graduate schools. This is a safe and understandable decision, particularly in a tough economy. Among many choices, these seem to be the most challenging and most prestigious, the ones made by so many successful alums before. They also represent a clear next step, at a time when nothing seems clear.

But many graduates have not reached that point yet, and if your experience is anything like mine, finishing college is also a time of insecurity. Despite having so many options open to you, for the first time in your life, the next step is uncertain.

Until now, you have succeeded at mastering a series of well-defined tasks. Excel in school. Prepare for tests. Achieve in sports, music, arts, or some other extra-curricular activity. Impress teachers and elders. But after today, there is no immediate grade to complete, no test to ace, no award to receive. The way to judge success—and to measure fulfillment—becomes much less defined. But the lack of any clear direction is exactly what makes this moment so exciting, because it brings with it newfound freedom. So embrace it, and take the chance to do something you will not have the freedom to do again, in whatever field you feel the most passionate about.

Making that leap isn’t always the easiest thing to do. When I moved out of Cambridge I had no salary, nowhere to live, and no actual job offer.  At first I thought I was entitled to something more. I was a good student, from a top college, who had studied politics and was president of the Harvard College Democrats. Like many Harvard students, I was convinced I needed my next few years planned out before graduation day. But my desire to take the surest and most prestigious path was actually limiting my options, because I was discounting riskier but potentially more rewarding opportunities.

Luckily for me, I graduated just as the country began to notice a certain first-term senator from Illinois. Inspired, I headed to New Hampshire to help Barack Obama win the first presidential primary.

So I began to help out wherever I was needed. As it turned out, it was lugging suitcases. I became the Obama campaign’s ground logistics coordinator, traveling with Senator Obama everywhere he went.  My job was to keep track of the luggage and all the logistical challenges associated with a fast-moving presidential candidate and his entourage of staff and several dozen reporters.

I took on my humble task as if the election depended on it. I chased down a reporter’s underwear on a windy tarmac, nearly lost a luggage truck on a snow-covered mountain pass, and even broke into a carwash after business hours to make sure the campaign’s vans were clean before an important stop. Forty-seven states and 200,000 miles later, Senator Barack Obama became President Barack Obama. I know that being a “bag man” may have some negative connotations, especially in politics, but in this case it was the experience of a lifetime. And to top it off, I finished my job without ever losing a suitcase.

Along the way, I worked with countless other people taking similar risks with their career paths. None of us were making much money or building cachet in the traditional sense, but we were part of the most exciting presidential election in a generation. And when President Obama took the Oath of Office, I was there, standing in the back, helping his senior advisor prepare for the next set of challenges lying ahead.

The last few years have been an experience I will never forget and one I would never trade. I certainly did not start with the safest or most prestigious option. I certainly never thought it would lead me to a job in the White House. But by taking some risks and charting a unique path, I now have the opportunity to witness history.

Over the next few years, I encourage you to try and do the same. Your own path may not necessarily involve working on a long-shot presidential campaign. My boss, David M. Axelrod, worked the midnight shift at the Chicago Tribune, covering car accidents and murders. His boss, President Obama, left a lucrative job in New York to organize communities on the South Side of Chicago. Both men would agree that the unorthodox choices they made early in life gave them insights and experiences they’ve cherished ever since.

You will have a lot of options after today’s festivities are over. Before you determine your next challenge, remember that some of life’s greatest adventures and most enriching experiences will come from things you have yet to realize are even possible. So don’t be afraid to stray from the beaten path and take some chances.

Eric P. Lesser ’07 was a government concentrator in Kirkland House and the former president of the Harvard College Democrats. He is currently special assistant to Senior Advisor to the President David M. Axelrod.